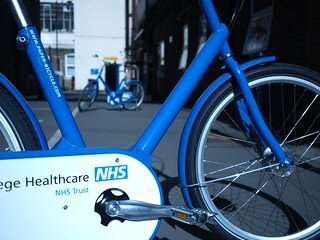 Waiting for cancer tests and results is stressful. As well as the emotional impact, how long people wait can also affect how likely their treatment is to work and if they will be fit enough to tolerate treatment.

The NHS’s struggle to meet cancer waiting time targets is a regular feature in the news, but gauging how the NHS is doing on cancer diagnosis waiting times right now is based on incomplete data. In fact, how long most people with cancer wait for a diagnosis isn’t captured in NHS stats.

In 2015, just 4 in 10 people (43 percent) who were diagnosed with cancer in England had the time they waited for their diagnosis recorded by the NHS. This covers those referred urgently from a GP or through screening. But it misses the majority.

With changes to the NHS waiting times targets in England on the horizon, including the introduction of a 28-day diagnosis standard for people with suspected cancer, it’s vital that all patients are accounted for.

In a first attempt, a research analysis team from Cancer Research UK and Public Health England has gathered the most complete picture of how long people wait for a cancer diagnosis in England, from when they have a relevant interaction in secondary care for their cancer to their date of diagnosis, based on data from 2014 and 2015. The figures include around 95 percent of patients diagnosed with 25 types of cancer—whether they were referred urgently or otherwise.

Thanks to this research, we can now say how long people waited for their cancer diagnosis within secondary care in England—something that wasn’t possible before.

What about Scotland, Wales and Northern Ireland?

This research used data for patients in England so doesn’t provide a picture of the devolved nations.

Each nation has different cancer waiting times, with variations in the targets, patients and cancer types included. And no nation records the time waited for diagnostic tests for all patients.

The findings for lung and bowel cancer, published in the journal Cancer Epidemiology, paint a concerning picture. From April 2020, health services in England will be expected to diagnose or give the all clear to everyone referred by a healthcare professional with an urgent suspicion of cancer within 28 days. This is part of NHS England’s long-term plan to ensure people with cancer can start treatment sooner.

But will our health services be ready?

In 2014 and 2015, people who were urgently referred with suspected lung cancer were diagnosed, on average, within 36 days. Even if we assume the figures are still the same today, that’s 8 days longer than the target set for 2020. This is not the case for all cancers, the average time for a diagnosis was less than 20 days for leukaemia, breast and stomach cancer, among others.

Professor Mick Peake, Clinical Director of the Centre for Cancer Outcomes at University College London Hospitals, was a specialist clinical advisor on this study. Despite saying that “there are many examples of great practice within the NHS,” he acknowledges there are some big challenges that diagnostic services will need to overcome.

And if those being referred urgently are already waiting too long, what’s happening to everyone else?

Should everyone be counted?

By focusing on people referred urgently we lose sight of people who aren’t covered by NHS England’s targets. And the new data makes it clear just how long some of these people are waiting.

The average time for a diagnosis of bowel or lung cancer following a routine GP referral was 61 and 69 days respectively, according to this study. But 1 in 4 people diagnosed with bowel cancer in this way waited at least 102 days. This grew to 126 days for those with lung cancer.

And it’s not just true for lung and bowel cancers. A quarter of people diagnosed with 20 of the 25 cancer types following a routine referral waited 80 days or longer for their diagnosis.

While we don’t know who will be affected by a longer wait, it’s vital that everyone has the best chance of successful treatment following their diagnosis. People urgently referred should be seen quickly, but this shouldn’t cause longer waits for other people.

Time for the NHS to commit to change

One of the biggest hurdles facing the NHS is staff shortages. Increasing demands on diagnostic staff and difficulties filling vacancies make it difficult for the NHS to diagnose cancers early. In Peake’s experience, “there is a resource issue in terms of workforce. Some of these delays are not organisational, they are not logistical—they are purely down to workforce.”

Without significant growth in the NHS workforce, there’s only so much that struggling services can do. And with a growing and ageing population, this staffing crisis is only going to get worse.