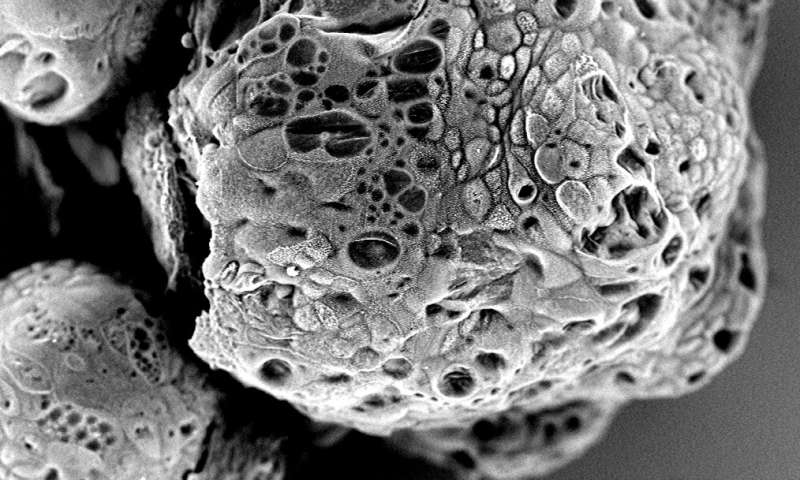 Researchers from the Hubrecht Institute and Radboud University have developed a human model in which they use organoids, or mini organs, to study the function of specific genes that are mutated in liver cancer. Using this method, they have found that mutations in BAP1, a gene commonly mutated in liver cancer, changes the behaviour of the cells, which may make them more likely to be invasive. Their results were published in the scientific journal Cell Stem Cell on the 23 of May.

Organoids are mini organs that can be grown in the lab from a very small piece of tissue derived from a variety of organs. They have been used in cancer research for a few years, mainly by comparing organoids derived from healthy organs to those derived from tumors. This approach, however, is not suitable to investigate the function and the role of specific genes that are already known to be mutated in cancer. In order to learn more about tumor formation, there was a need for a clean model in which organoids with and without such mutations can be compared.

The researchers developed a new model in which organoids from the healthy human liver are genetically altered using molecular scissors called CRISPR/Cas9, to study the function of the genetic alteration in tumor formation. Studying the function of such mutations in tumor formation is especially important in liver cancer, since it is a very heterogeneous type of cancer—a wide variety of mutations in different genes are found in different patients,” says Benedetta Artegiani, one of the researchers. Until now, the function of many of these genes in tumor development has remained unknown. The newly developed model is therefore a valuable tool to address the function of specific genes in liver cancer formation.

The model was exploited to shed light on the function of BAP1, a gene that is mutated in approximately 15 to 20 percent of liver cancer patients and of which the specific role in liver tumor development has so far remained unknown. The researchers found that organoids in which BAP1 was mutated had very different characteristics compared to the healthy organoids: They turned into solid masses that grew faster, were more motile and fused with other organoids. These observations resemble the characteristics of a more invasive malignant tumor.

By combining different approaches—microscopy, time-lapse imaging and “multi-omics” (RNA, DNA and protein-based) techniques—the researchers dug into the mechanisms through which a mutation in BAP1 can affect tumor development. They found that mutating BAP1 changes which genes are active in the organoids, and that these changes in gene activity can be reversed. “These changes may depend on the cell type in which BAP1 is mutated,” says Artegiani, “which may explain why the previously described functions of BAP1 differ between different types of cells. This underlines the importance of studying gene function in a relevant model, derived from the organ and the organism of interest.”