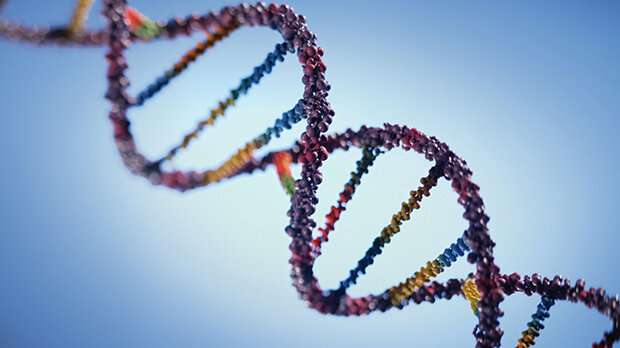 The question of how cancers start is something that scientists have spent years trying to figure out. And the answer, undoubtedly, lies within cells and what’s written in their DNA.

When certain faults appear in a cell’s DNA it can send it into overdrive, making the cell grow and divide more than it should.

But while faulty genes are a common thread across cancers, not all cancers have the same faulty genes. And not all cells that carry faulty genes will turn cancerous. In fact, some faults only cause cancer in certain organs in the body, even when every cell in the body also carries that fault.

This cellular conundrum has puzzled Professor Stephen Elledge for years. And now his newly assembled team, led from the Brigham and Women’s Hospital at Harvard Medical School and part-funded by New York-based philanthropic organisation The Mark Foundation for Cancer Research through our Grand Challenge scheme, aims to find out more.

According to Professor Owen Sansom, director of the Cancer Research UK Beatson Institute in Glasgow and a member of the team, answering a question like this requires a real joint effort.

To do this, the team are combining approaches. Elledge and his group are planning to go back to basics, using healthy cells from 8 different organs and looking at what happens when different DNA faults are introduced.

But the team is also planning to build on what’s already known about genes linked to cancer in some organs but not others. Starting with a cell growth molecule called Wnt.

Sansom’s lab has been working to understand the role of Wnt in bowel cancer for several years. Wnt is a molecule that floats outside the cell. It can latch on to hooks found on the surface of some cells, triggering a cascade of signals inside the cell that can change how it behaves.

Wnt first popped up in fruit flies back in the 1980s, gaining its full name ‘wingless’ because of the effects faulty Wnt had on flies. If scientists interfered with Wnt signals by mutating the molecule then flies developed faulty wings.

And while scientists were working on the weird and wonderful world of Wnt in the fly, other labs were beginning to link the signals to breast cancer in mice.

Fast forward 25 or 30 years and we now know a lot more about what Wnt does in humans. Cells lining our intestine rely on Wnt signals to grow and divide, replacing those that are sloughed off as food passes by. But it’s a fine balance – when these signals get out of hand, it’s been strongly linked to bowel cancer.

According to Sansom, around 4 in 5 bowel cancers have a fault (mutation) in a molecule that dampens down Wnt signals, called APC.

“There are people who carry this mutation in every cell in their body, it’s a hereditary mutation in APC. And their lifetime risk of colorectal cancer is about 100%,” says Sansom.

People with this gene fault are also at a slightly increased risk of other cancers, including breast cancer. But it’s nothing like their risk of bowel cancer. And this is what interests Sansom – the fault is everywhere, but it only causes cancer in certain organs.

This conundrum is at the heart of the Grand Challenge project. And Sansom has some clues as to why Wnt might be more important in some tissues than others.

“It’s the context of everything else that’s around – that’s why the question of organ specificity is so complex,” he says.

“Wnt in the gut is a signal telling cells to grow, grow, grow. But if a breast cell sees a lot of Wnt it becomes something that looks more like a skin cell,” says Sansom.

Breast cells don’t usually see a lot of Wnt floating around, he adds. So if Wnt starts to appear, it might signal to the cells that’s something’s not quite right. But they don’t respond by dividing lots and becoming a cancer. Instead they re-invent themselves to become more like skin cells, which see a lot more Wnt.

“I think that tells us that where a cell is in the body will determine how it responds,” says Sansom.

He believes that a lot will also depend on which parts of a cell’s DNA can be read and switched on. 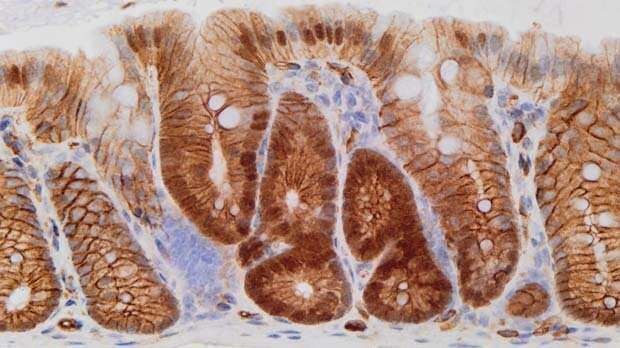 “Maybe in a breast cell you still have the ability to turn on skin genes but not the gut tumour genes, so you become a skin cell when Wnt is around,” says Sansom.

This is where his group will be focusing their efforts, starting with a closer look at what happens when Wnt signalling is out of control in different organs.

“What we’re going to do in first is to delete the regulatory molecule APC or activate another part of the pathway in mice and look at what happens.”

They’ll be monitoring changes in how the DNA is packaged inside cells in different organs and if there are changes to what parts of the DNA code are read and what’s made within the cells after they delete the key controller, APC.

And while Sansom’s lab are the Wnt experts, they won’t be working alone. Other labs in the Grand Challenge team are tackling other pathways that play an important roles in other cancers, like pancreatic cancer and skin cancer.

The team aren’t just focussing on signals that come from outside cells. They’re also taking a closer look at the DNA itself, paying particular attention to how it’s packaged. That’s a task for two labs, one in Copenhagen and the other at Harvard Medical School in the US.

The question of why different faulty genes are important in specific cancers could be linked to an even more fundamental question: why do cells in different organs behave and look so different even though they have the same basic instructions in their DNA?

Scientists believe comes down to the way that DNA is packaged within cells. Some sections of DNA are wound up tightly like a coil, meaning the information is buried and difficult to access. Whereas other parts of the DNA thread are more loosely wrapped, meaning they’re open and ready for business.

And here comes the interesting part. The bits of DNA that are tightly wrapped up and those that are loose will vary depending on the type of cell. This means that although all cells have the same instructions, the bits of the manual that are available vary depending on where the cell is in the body.

Scientists think that a similar thing is true in cancer. They’re taking a closer look at the proteins responsible for packaging DNA to figure out what might be going on. And they’ve got some good clues already.

Dr. Karen Cichowski and her team at Harvard Medical School are working on a protein complex called PRC2. It’s one of the players responsible for how DNA is packaged within cells, dictating what bits of DNA are open and can be read. And it’s got an interesting role in cancer.

Cichowski says that in some tissues, defects that make PRC2 more active can lead to cancer. But in other tissues, the loss of this complex is linked to the disease. It seems PRC2 can either help promote cancer developing or block it, depending on what organ you’re in.

Cichowski’s team along with Professor Kristian Helin at the University of Copenhagen want to deconstruct this dual role. They’ll investigate how DNA is read in different organs when PRC2 isn’t there, or when it’s hyperactive, and test drug combinations that could help target any weaknesses they find.

And it’s not just Cichowski’s group who will be looking to find new targets. The Grand Challenge team is aiming to answer a basic question about how cancer develops, and then use this knowledge to find new targets and, hopefully, new treatments.

Putting patients at the heart of the challenge

“I hope that this project will finally answer a basic and extremely important question in cancer that for years has been discussed but hasn’t really been addressed,” says Visco, a Philadelphia-based president of a national US breast cancer charity.

Visco was diagnosed with breast cancer in 1987 and has been involved in patient advocacy since the early 1990s. She joined the Grand Challenge team through Professor Stephen Elledge, who she’s worked with before.

And for her, now seems like the perfect time to tackle this big question.

“This is about a basic understanding of cancer that I’ve heard scientists discuss forever and now we have the tools and the brain power to answer it,” she says. “I wanted to be part of that.”

And while the project is focusing on the fundamentals of biology, Visco is very clear on her role in the team: keeping the scientists focused on the ultimate goal of helping cancer patients.