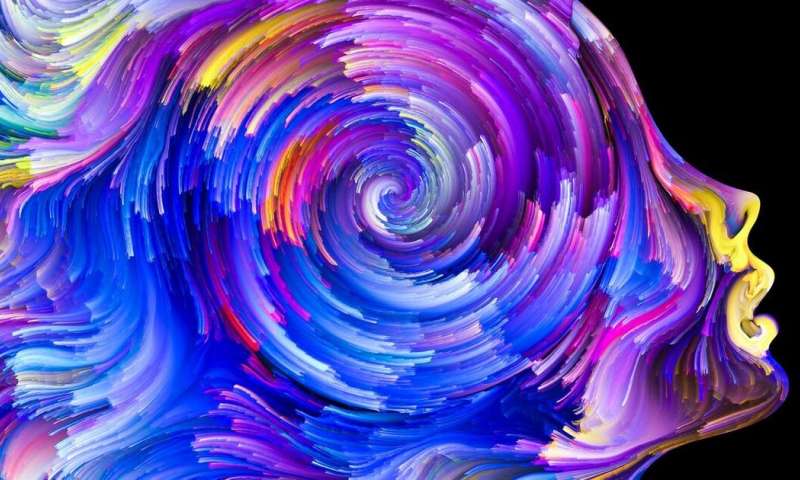 How can you know that any animal, other human beings, or anything that seems conscious, isn’t just faking it? Does it enjoy an internal subjective experience, complete with sensations and emotions like hunger, joy, or sadness? After all, the only consciousness you can know with certainty is your own. Everything else is inference. The nature of consciousness makes it by necessity a wholly private affair.

These questions are more than philosophical. As intelligent digital assistants, self-driving cars and other robots start to proliferate, are these AIs actually conscious or just seem like it? Or what about patients in comas—how can doctors know with any certainty what kind of consciousness is or is not present, and prescribe treatment accordingly?

In my work, often with with psychologist Jonathan Schooler at the University of California, Santa Barbara, we’re developing a framework for thinking about the many different ways to possibly test for the presence of consciousness.

There is a small but growing field looking at how to assess the presence and even quantity of consciousness in various entities. I’ve divided possible tests into three broad categories that I call the measurable correlates of consciousness.

Over the last two decades, scientists have proposed various ways to probe cognition and consciousness in unresponsive patients. In such cases, there aren’t any behaviors to observe or any creative products to assess.

You can check for the neural correlates of consciousness, though. What’s physically going on in the brain? Neuroimaging tools such as EEG, MEG, fMRI and transcranial magnetic stimulation (each with their own strengths and weaknesses), are able to provide information on activity happening within the brain even in coma and vegetative patients.

Cognitive neuroscientist Stanislas Dehaene has identified what he calls four signatures of consciousness—specific aspects of brain activity he deems necessary for normal consciousness. He focuses on what’s known as the “P3 wave” in the dorsolateral cortex—the part of the brain behind the top of your forehead—because it seems to correlate most reliably with normal conscious states. He also focuses on long-range synchronized electric fields between different parts of the brain as another key signature of consciousness.

In tests which look for these signals in vegetative and minimally conscious patients, Dehaene and his colleagues have successfully predicted which patients are most likely to regain more normal states of consciousness.

Sid Kouider, another cognitive neuroscientist, has examined infants in order to assess the likelihood that very young babies are conscious. He and his team looked for specific neural signatures that go along with subjective experience in adults. They looked specifically for a certain type of brain waves, similar to the P3 wave Dehaene focuses on, that are reliable indicators of consciousness in adults. They found clear analogs of the P3 wave in the brains of babies as young as five months old. Kouider concludes—unsurprisingly—that even young babies are very likely conscious in various complex ways, such as recognizing faces.

When considering potentially conscious entities that can’t communicate directly, and that won’t allow neuroscientific measurement tools on their head (if they even have heads), it’s possible to consider physical behaviors as clues for the presence and type of consciousness.

You know that a massive range of human behaviors are accompanied by conscious experience. So when you see similar behaviors in other animals or even non-animals, can you reasonably infer the presence of consciousness?

For example, are cats conscious? Their brain architecture is a little different than humans.” They have very minimal prefrontal cortex, which some scientists think is the center of many higher-order activities of the human brain. But is a prefrontal cortex necessary for consciousness?

Cat behavior is complex and pretty easy to map onto human behavior in many ways. Cats purr, flex their toes and snuggle when petted, in similar ways to people demonstrating pleasure when physically stimulated—minus the purrs, of course. They meow loudly for food when hungry and stop meowing when fed. They demonstrate curiosity or fear about other cats or humans with various types of body language.

These and many other easily observable behaviors add up to convincing evidence for most people that cats are indeed conscious and have rich emotional lives. You can imagine looking for other familiar behaviors in a rat, or an ant or a plant—if you see things close enough to what you’d expect in conscious humans, you may credit the observed creature with a certain type of consciousness.

If, for whatever reason, you can’t examine neural or behavioral correlates of consciousness, maybe you can look to creative outputs for clues that would indicate consciousness.

For example, when examining ancient megalithic structures such as Stonehenge, or cave paintings created as far back as 65,000 years ago, is it reasonable to assume that their creators were conscious in ways similar to us? Most people would likely say yes. You know from experience that it would take high intelligence and consciousness to produce such items today, so reasonably conclude that our ancient ancestors had similar levels of consciousness.

What if explorers find obviously unnatural artifacts on Mars or elsewhere in the solar system? It will depend on the artifacts in question, but if astronauts were to find anything remotely similar to human dwellings or machinery that was clearly not human in origin, it would be reasonable to infer that the creators of these artifacts were also conscious.

Closer to home, artificial intelligence has produced some pretty impressive art – impressive enough to fetch over US$400,000 in a recent art auction. At what point do reasonable people conclude that creating art requires consciousness?

Researchers could conduct a kind of “artistic Turing Test”: ask study participants to consider various artworks and say which ones they conclude were probably created by a human. If AI artwork consistently fools people into thinking it was made by a person, is that good evidence to conclude that the AI is at least in some ways conscious? So far AI aren’t convincing most observers, but it’s reasonable to expect that they will be able to in the future.

Can anyone get a definitive answer about the presence of consciousness, and how much? Unfortunately, the answer to both questions is no. There is not yet a “consciousness-ometer,” but various researchers, including Dehaene, have some ideas.

In my work, my collaborators and I share this “panpsychist” foundation. We accept as a working hypothesis that any physical system has some associated consciousness, however small it may be in the vast majority of cases.

Rather than integrated information as the key measure of consciousness, however, we focus on resonance and synchronization and the degree to which parts of a whole resonate at the same or similar frequencies. Resonance in the case of the human brain generally means shared electric field oscillation rates, such as gamma band synchrony (40-120 Hertz).

Our consciousness-ometer would then look at the degree of shared resonance and resulting information flows as the measure of consciousness. Humans and other mammals enjoy a particularly rich kind of consciousness, because there are many levels of pervasive shared synchronization throughout the brain, nervous system and body.