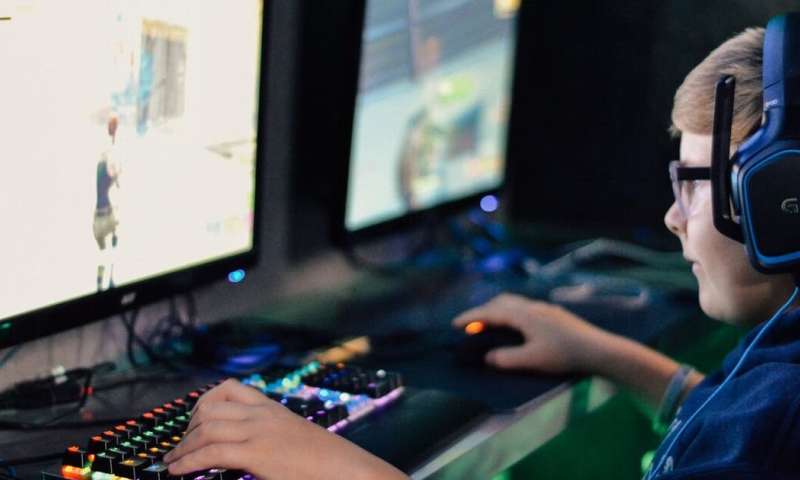 If your child spends long hours playing video games, you might be worried they’re addicted.

“Gaming disorder” is real, and has now been classified as a disease in the World Health Organisation’s International Classification of Diseases and Related Health Problems (ICD). The new ICD will be adopted in 2022.

If you are worried about your child’s gaming, this new classification will help you identify whether they have a problem and if you need professional help.

Gaming disorder is not just for kids—it can be experienced by gamers of all ages: children, teenagers and adults.

The condition isn’t defined by gaming too much, or the number of hours played, but rather it’s when gaming interferes with a person’s daily life.

To be diagnosed, a person will demonstrate all three of the following symptoms for at least 12 months:

The classified disorder focuses on gaming only, it doesn’t include other digital behaviours such as overuse of the internet, online gambling, social media, or smart phones.

It also relates to gaming on any device, although most people who develop clinically significant gaming problems play primarily on the internet.

While millions of kids and adults around the world play video games, only a small number are expected to meet the WHO criteria.

Like other diagnosable addictions, gaming disorder is an extreme mental health condition expected to affect only 0.003 to 1% of the population who engage in video-gaming activities [www.psychiatry.org/patients-fa … ilies/internet-gamin].

This small percentage still however incorporates a lot of people. Drawing from a random sample of 1,234 people of all ages, around 67% of Australians play video games. This would mean that around 5,000-16,500 Aussies could potentially be diagnosed with the disorder.

Not everyone agrees this is a disorder

While it feels like this classification is a fait accompli, the designation of gaming disorder as an addiction remains hotly debated.

The American Psychiatric Association (APA) is still not convinced. Two things are holding it back.

The first is that problem gaming often occurs alongside other factors such as loneliness, or mental health conditions such as anxiety and depression. The APA argues problematic gaming may be a symptom of these, rather than a unique condition in its own right.

The second issue for the APA is the lack of strong evidence and research to support gaming disorder as an addiction in its own right.

Other experts have also weighed into this debate suggesting the classification is simply a response to the huge community concern and moral panic about video games.

How gaming disorder should be treated

An important impact of the classification of gaming disorder as an addiction is it lays the path for treatment by health professionals.

But like the classification of the disorder, research-based treatment plans are also in their infancy.

A survey of psychiatrists in Australia and New Zealand found only 16.3% felt confident managing the disorder.

So what should you expect from professional treatment?

The are two common forms of treatment: one focuses on understanding the gamer’s situation; the other focuses on learning new behaviours.

Treatment often includes therapy sessions with an addiction counsellor. The sessions may take the form of individual sessions, group sessions and/or family sessions. Each session dynamic has a different focus. For example, family therapy sessions focus on exploring and addressing issues in the patient’s family that may contribute to the addiction.

The second common treatment is cognitive behavioural therapy (CBT). This often takes place in addition to counselling sessions. CBT is based on the premise that thoughts determine feelings and it is used to treat many psychiatric disorders, such as substance use disorders, depression and anxiety. CBT teaches the gamer different ways to think, behave, and respond to stressful situations.

Other medical treatments proving to have some success include art therapy and exercise therapy.

Treatment plans are designed according to the needs of the individual. It may involve a series of CBT sessions, for example, plus individual therapy sessions, plus family therapy sessions. Treatment is tailored to the age of the person, their faith, their professional status or other factor important to their treatment.

At this stage, no treatment can claim a 100% success rate and this is reflective of the need for more research.

Tips to manage your child’s gaming

While most gamers will not be diagnosed with gaming disorder, a child’s gaming habits can cause significant distress for parents. They may be concerned their child is spending too much time on video games, that they resist every time they are asked to get off, or that gaming is leading to an unhealthy or unbalanced lifestyle.

Here are some tips for supporting more healthy approaches to gaming for children include:

With video games such a significant aspect of young people’s lives, it’s important to guide healthy, balanced approaches as young as possible.