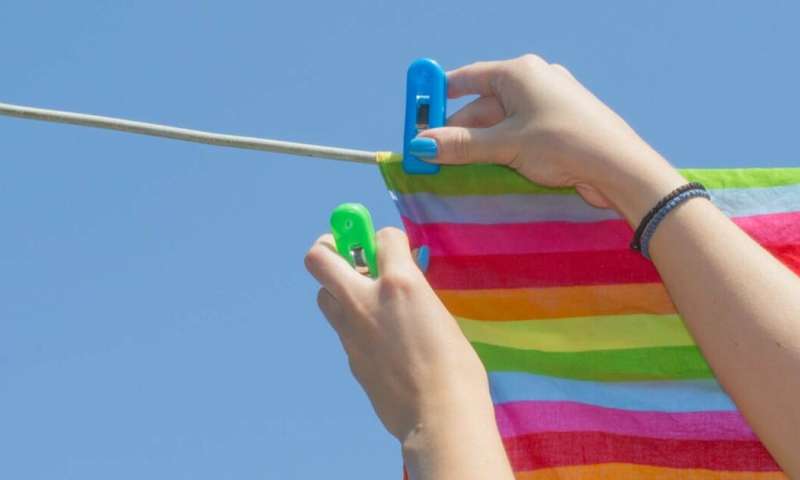 Most people probably don’t think of everyday activities – such as hanging out the washing or putting away the groceries – as having an effect on their long-term health. But new research suggests that doing lots of these light-intensity physical activities reduces your risk of cardiovascular disease.

This new study, published in JAMA Network Open, was able to more accurately measure light physical activity in nearly 6,000 older women using an accelerometer (a motion-detecting device) that was worn for seven days. Over the next five years, those women doing the most light activity (six hours or more a day) were 46% less likely to have a heart attack or die from one. And they were 26% less likely to suffer any form of cardiovascular “event” (stroke, severe angina), compared with women who did the least amount of light activity – three hours or less per day.

There was clear evidence of a dose-response relationship: the more time people spent doing light activities, the more they reduced their risk of developing cardiovascular disease. Every extra hour of light activity above three hours reduced the risk of heart attack by about 15%. Light-intensity activity appeared to be important even when levels of higher-intensity physical activity were taken into account.

Unpicking cause and effect

One criticism of the study is that it is cross-sectional (a snapshot in time) and can never definitively prove the direction of the relationship observed. It is possible that the ability to do lots of light-intensity activities is a sign of good health rather than a cause of good health. So it’s important to follow up with intervention studies that aim to increase light physical activity and see whether this can reduce the rates of cardiovascular disease.

Still, there is some evidence from smaller laboratory studies that light activity is important for our long-term health. For example, light physical activity is an important component of total physical activity energy expenditure and this has implications for regulating body weight and body composition. Regularly breaking up long periods of sitting with short light-intensity activities is also effective at lowering glucose, insulin and fat levels in the blood following a meal.

Conversely, asking people to restrict the amount of light activity they do results in a rapid decrease in aerobic fitness and lean muscle tissue, and increases in body fat and blood glucose and insulin.

Does this study mean we should encourage people just to focus on increasing the amount of light activity they do? As an exercise physiologist, I would argue not. Light-intensity activity may well play a role, but there are many other dimensions of physical activity that are known to be important, for different reasons.

For example, only regular moderately vigorous physical activity is likely to improve cardiorespiratory fitness. And only frequent resistance exercise, such as weight lifting, can maintain or increase muscle mass and strength as we age.

The most important consideration for body composition is total physical activity, including light, moderate and vigorous intensities (and fidgeting), because this largely explains differences in the total energy a person expends each day.

It is possible for a person to score well on one dimension of physical activity, but poorly on another. Think of the office worker who spends a large part of the day sitting at a computer (detrimental) but gets out two evenings a week for a 30-minute moderate-intensity run (beneficial).

For general health, some physical activity is good, but more is better. We need to encourage people to move more (increasing light and moderate-intensity physical activity) and move more often (breaking up long periods of sitting). And then try to incorporate more structured exercise two or three times a week, to improve cardiovascular and muscular fitness.