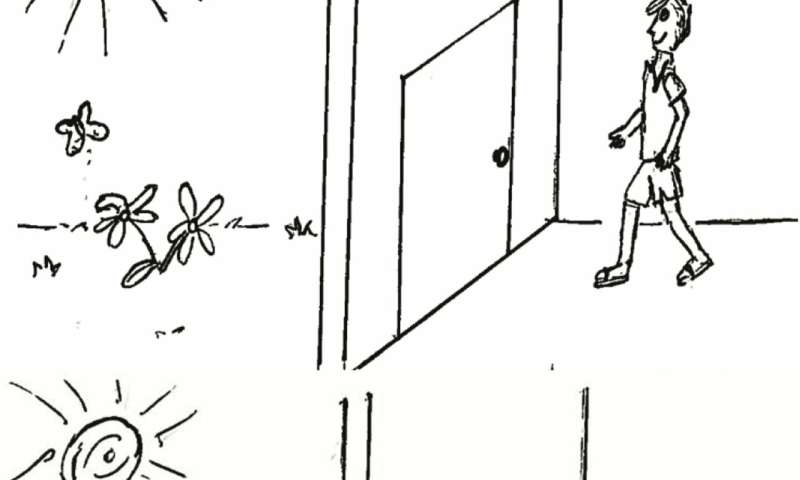 Aphasia is a language disorder that occurs as a result of a cerebrovascular accident affecting the left hemisphere. It involves the partial loss of the ability to produce or comprehend language due to lesions in brain areas that specialize in these functions. Since the understanding of these factive and counterfactive constructions have not been tested in aphasia, research set out from the basis of studies on child development and aphasia to establish a theoretical framework on this issue.

The study was published in February in Journal of Neurolinguistics and was conducted by Wolfram Hinzen, an ICREA research professor with the Department of Translation and Language Sciences at UPF, in collaboration with Vitor Zimmerer (now at UCL, London), first author of the paper, who, in turn, was a post-doctoral researcher in the project ‘Language and mental health’, funded by the Arts and Humanities Research Council (AHRC), directed by Hinzen; along with researchers Rosemary A. Varley (UCL, London) and Felicity Deamer (Durham University) in the UK.

“The problem is that in aphasia, as we have a problem with language, cognition is often not assessed; it would not be good to obtain results that were only due to the deterioration of language but that did not reflect cognition. Therefore, in our study, we sought to design the simplest possible linguistic stimuli and compare factive and non-factive sentences that are similar in terms of their linguistic complexity”, explains Hinzen.

The researchers designed an experiment in which they made a statement in English of any of these four types match: “know…”, “think…”, “it’s clear…” or “it only seems…”, with an image (sentence-picture matching, SPM) to test the understanding of the statement, in a group of participants with aphasia before a group of participants without brain damage who acted as a control group.

As stimuli, the factive interpretation tests used factive constructions and their corresponding image which showed that the embedded clause was true. In the counterfactive interpretation, the matching image showed that the embedded clause was false. For example, for the test sentence “The man thinks that it is hot”, the picture accompanying this statement showed that the temperature was cold and the character corroborated his thoughts through his clothing and also through his facial expression.

The authors parted from the hypothesis that as language deterioration characterizes aphasia, nonverbal cognitive abilities could be affected and counterfactive interpretations may be more difficult to understand among people suffering from aphasia. In particular “we are investigating the nature of aphasic comprehension in tests that require factive and counterfactive interpretations, the extent to which this cognitive task of language is deteriorated and how the possible deterioration is related to other aspects of cognition”, its authors state.

“Our data suggest that factive and counterfactive interpretations pose different cognitive demands, with counterfactive ones being harder for people with aphasia. We suggest that counterfactives pose additional demands on propositional systems and that the latter overlap with the abilities involved in other verbal tasks, but also in non-verbal reasoning tasks”, the authors point out.

The researchers uphold that factive, non-factive and counterfactive constructions pose a valuable opportunity to observe the relationship between lexical, syntactic and propositional cognition in aphasia. At the same time, research in populations with brain injuries can make its own contributions to understanding the interplay between language and propositional thought in all speakers.