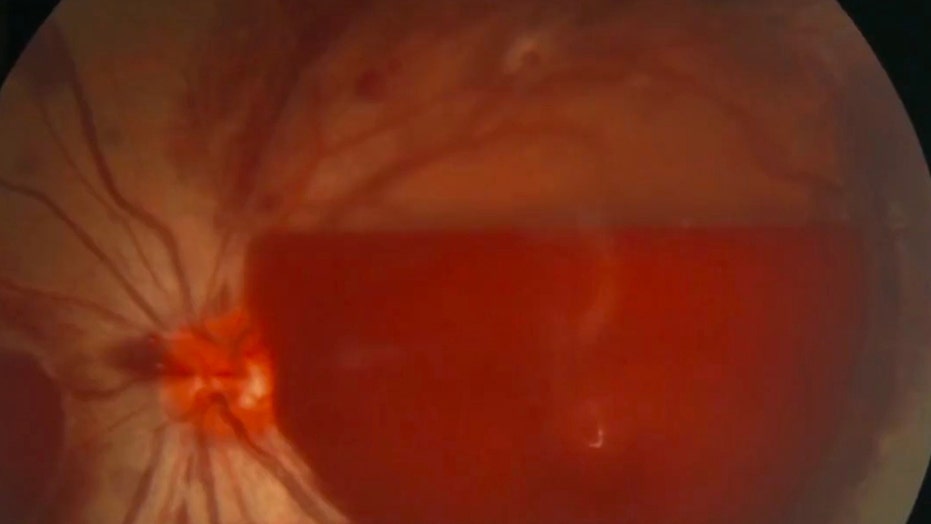 A woman in China temporarily lost sight in one eye after staying up all night playing on her cellphone, reports say. The woman, who was not identified, had allegedly burst a blood vessel in her left eye as a result of excessive strain, according to AsiaWire.

“The patient stayed up all night playing on her mobile phone,” Dr. Qiu Wangjian, the woman’s doctor at Songgang People’s Hospital, told AsiaWire. “The following morning, as soon as she woke up, she picked up her phone and started to use it again. About five minutes later, the patient discovered that she was unable to see out of her left eye. She couldn’t see anything.”

Wangjian said subsequent scans revealed large patches of blood on her retina, which was blocking her vision, and led to a diagnosis of Valsalva retinopathy. Cases of Valsalva retinopathy have been documented after instances involving serious strain on the eyes, such as vomiting, asthma attacks, heavy coughing or other intense health episodes. 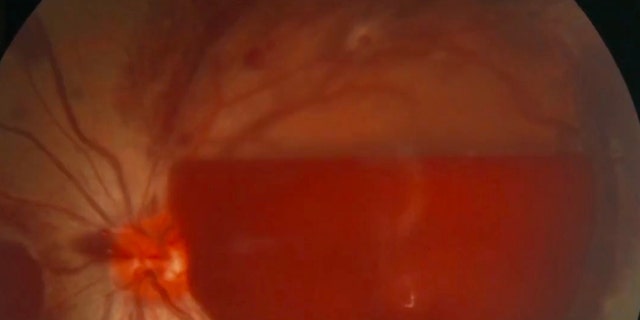 This image shows the burst blood vessel in the woman’s eye following hours’ worth of phone use.
(AsiaWire)

According to the report, the patient was given laser treatment, which created a small hole in the retina that allowed the blood to drain, and her vision was restored.

“It was important that we treated her quickly in order for her to not suffer any long-term effects,” Wangjian said.

Other instances of eye damage and excessive phone use have been reported in various studies, such as one conducted last year by researchers at The University of Toledo that found exposure to blue light not only damages the eyes' retina but also promotes "growth of poisonous molecules" that could lead to macular degeneration.

In March, the American Academy of Ophthalmology said exposure to screentime, both personal and work-related, has led to an increase in complaints of eye strain, dry eye, headaches, and insomnia. The AAO recommends trying to keep computer monitors or screens at an arm's length away, and to use matte screen filters. It also suggests adjusting the lighting so that the eyes don't have to work as hard to see, and to give eyes a break by following the "20-20-20 rule," which includes taking a break every 20 minutes by looking at an object 20 feet away for 20 seconds. The recommendations also call for keeping eyes moist, and to stop using devices before bed.