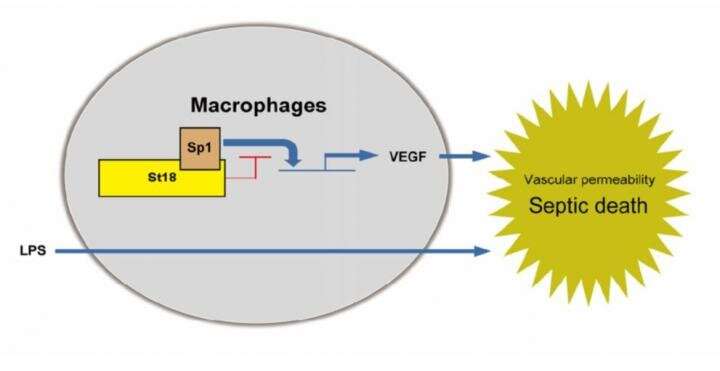 Recently, Suppression of tumorigenicity 18 (St18) was discovered as a putative regulator of pro-inflammatory cytokine signaling. St18 is also reported as a candidate tumor suppressor in human breast tumors, because its expression is significantly down regulated in these cells compared to normal breast tissues. Conversely, St18 expression is up regulated in liver cancers, indicating an oncogenic function of this gene. Despite the pleiotropic functions of St18 in cancers, little is known about its functions in myeloid lineages. Maruyama and colleagues discovered that St18 is expressed in myeloid cells.