Lung cancer is one of the most serious types of cancer to be diagnosed, as it’s usually difficult to spot until it has spread to other parts of the body. You could be at risk of the disease if you develop any of these common warning signs, it’s been revealed.

Lung cancer is one of the most common cancers to be diagnosed in the UK, warned the NHS.

Signs of the disease only tend to reveal themselves once the cancer has spread through the lungs.

There are seven key warning signs of lung cancer to watch out for. 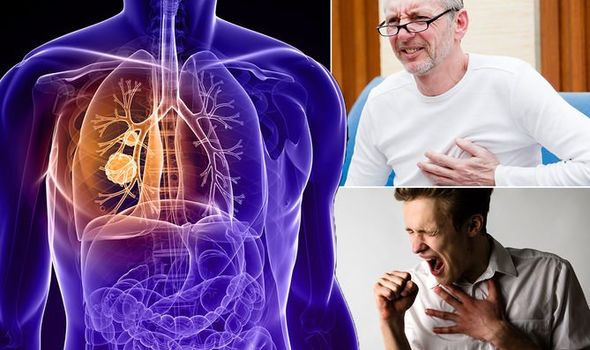 The most common symptom of lung cancer is a cough that won’t go away, and won’t improve.

If you develop the characteristic cough, you may also produce excess phlegm or sputum that contains blood.

Some patients have also reported a hoarse throat, which could impact the sound of their voice.

Other common symptoms include weakness, wheezing, infections that keep returning, and chest pain that just gets worse and worse.

“Signs and symptoms of lung cancer are not always present until the disease advances,” said the Cleveland Clinic.

“However, some people do have symptoms early. These include coughing that does not improve, hoarseness, blood in phlegm or sputum that is expelled by coughing, weakness, wheezing, infections that return or will not clear, [and] chest pain that gets worse with cough or laugh.

“Signs and symptoms that might appear if the cancer has spread to other places include bone pain, headache, muscle weakness and/or eyelid drooping.” 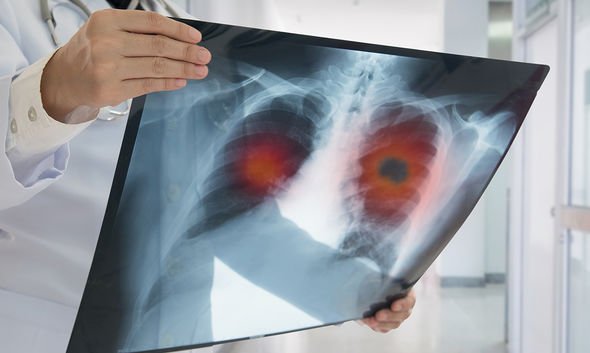 But just because you develop a new cough, it doesn’t necessarily mean that you have lung cancer.

Coughs are very common, and usually clear up by themselves within three to four weeks.

There are some over-the-counter treatments available to soothe your throat, if required.

In the UK, if you develop a new cough, you should self-isolate for at least 10 days, as it could be an early sign of coronavirus.

The outlook for lung cancer isn’t as good as other types of cancer.

That’s because the symptoms are usually only spotted in its later stages.

About one in three patients live for at least a year after their diagnosis, while one in 20 live for another 10 years.