Do you forget your passwords? Imagine what it’s like being me, says BONNIE ESTRIDGE in her latest despatch on life with Alzheimer’s

I doubt I’m alone when I say that passwords drive me potty. We can now manage our bank accounts, bills, cable TV, online grocery shopping and such like via websites.

In theory, it’s great to be able to sort out your finances or order goods from a computer in the comfort of your own home. The problem is every account needs a password.

These are supposed to contain random capital letters, numbers and ‘special characters’. It’s for our own security, you understand.

Anything I can actually remember is labelled ‘weak’. Eventually, in frustration, I’ll put something in so complex it has to be written down.

Oh, and these passwords – or passphrases as they’re often called now , no doubt in reference to how bloody long they have to be – need to be different. So I started finding myself locked out of sites. 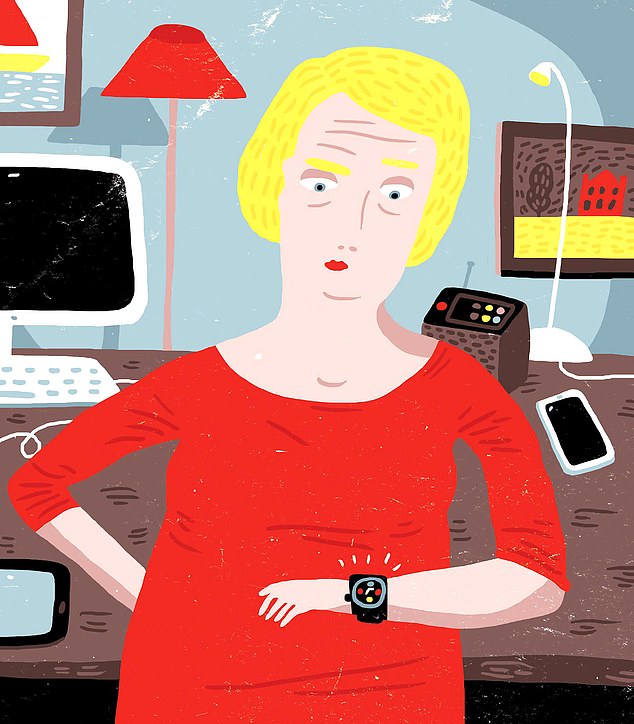 BONNIE ESTRIDGE: Anything I can actually remember is labelled ‘weak’. Eventually, in frustration, I’ll put something in so complex it has to be written down

If that happens, you have to request a new password, which you scribble next to what you thought the old one was, and… oh it’s all such a mess.

To be honest, all my passwords are the same easy- to-remember sequence, which apparently defeats the object.

It all started being a source of headbanging frustration for me many years ago.

But now The A Word has given an added complication, it’s impossible.

I used to write a regular column about gadgets for a national newspaper – and I loved it. I’d always be trying out the latest laptop or a new iPhone.

These days, though, technology isn’t my strong point.

Recently, I decided to interview my consultant, Professor Peter Garrard, to ask him a few questions about why I kept forgetting things that were once so familiar – like how to get to the dentist (readers of this column may remember I got lost on the way to mine a while back).

As a journalist, I’ve always recorded interviews on a dictaphone – in more recent years, tapes have been replaced by a little digital device. But when I picked it up, while getting ready to meet Prof Garrard, I realised I had no idea how to use it. It was horrible. I was just totally fazed.

Another thing gone from my memory bank. As more and more things will, I suppose.

So I was interested to learn that people are designing gadgets with folk like me in mind. I was recently sent a smart-looking digital watch. It’s called a WatchOvers Assure Slim, and it looks like something 007 might wear, with its black face and strap. 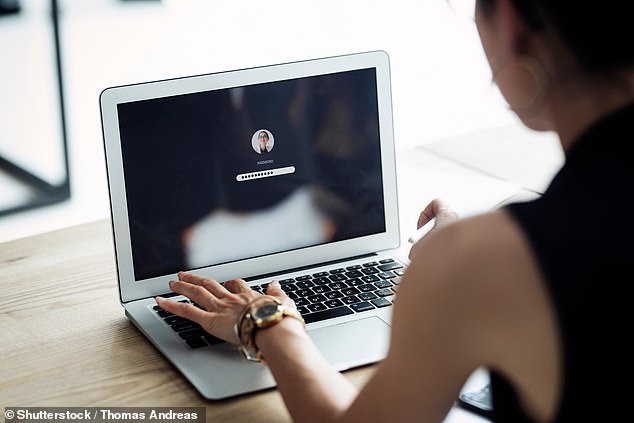 In theory, it’s great to be able to sort out your finances or order goods from a computer in the comfort of your own home. The problem is every account needs a password

It has a GPS tracking device so, if my husband Chris wanted, he could log on to their website and see where I was, should I ever wander off. To be honest, if I did ever get lost again, I’d just call him on my mobile. But I can see how it’d be helpful if someone was prone to going missing.

The other dementia gadget I’ve been sent is a much bigger success: the Unforgettable Music Player and Digital Radio.

It’s really cool, a sort of 1960s retro style, with a grey tweed face and red curvy plastic body. It has a few big, colourful buttons to turn it on and to switch between radio and music that’s been stored on it (I didn’t know how to do this, but my elder daughter Hannah was kind enough to load a playlist on there for me), and buttons that say ‘louder’ and ‘quieter’ to control the volume.

I find it easy to use, and have been playing Mirror Man by The Human League on repeat. I absolutely love it.

Oh, and before I go, I wanted to share a tip, of sorts.

I’ve written before about my frustration with not being able to find things that I have put down, like my dog Benny’s lead.

But now he brings it to me at around the same time each morning, when he’s used to going for a walk.

Benny seems to have just worked this out for himself – but you can train dogs.

I’ve seen videos on YouTube about how to train a dog to do this – you bundle up the lead, and play a game of throw and fetch, saying ‘lead’ as you toss it.

Now all I need to do is train him, somehow, to find my blasted keys, which never seem to be where I left them.