The little one is named Jack, a source tells Us Weekly exclusively. This reveal comes two weeks after Us exclusively confirmed that Hathaway, 37, and Shulman, 38, had welcomed a baby boy. The Oscar winner showed someone a photo of her newborn at the Critics’ Choice Awards on January 12, saying, “This is him,” an insider revealed to Us at the time. 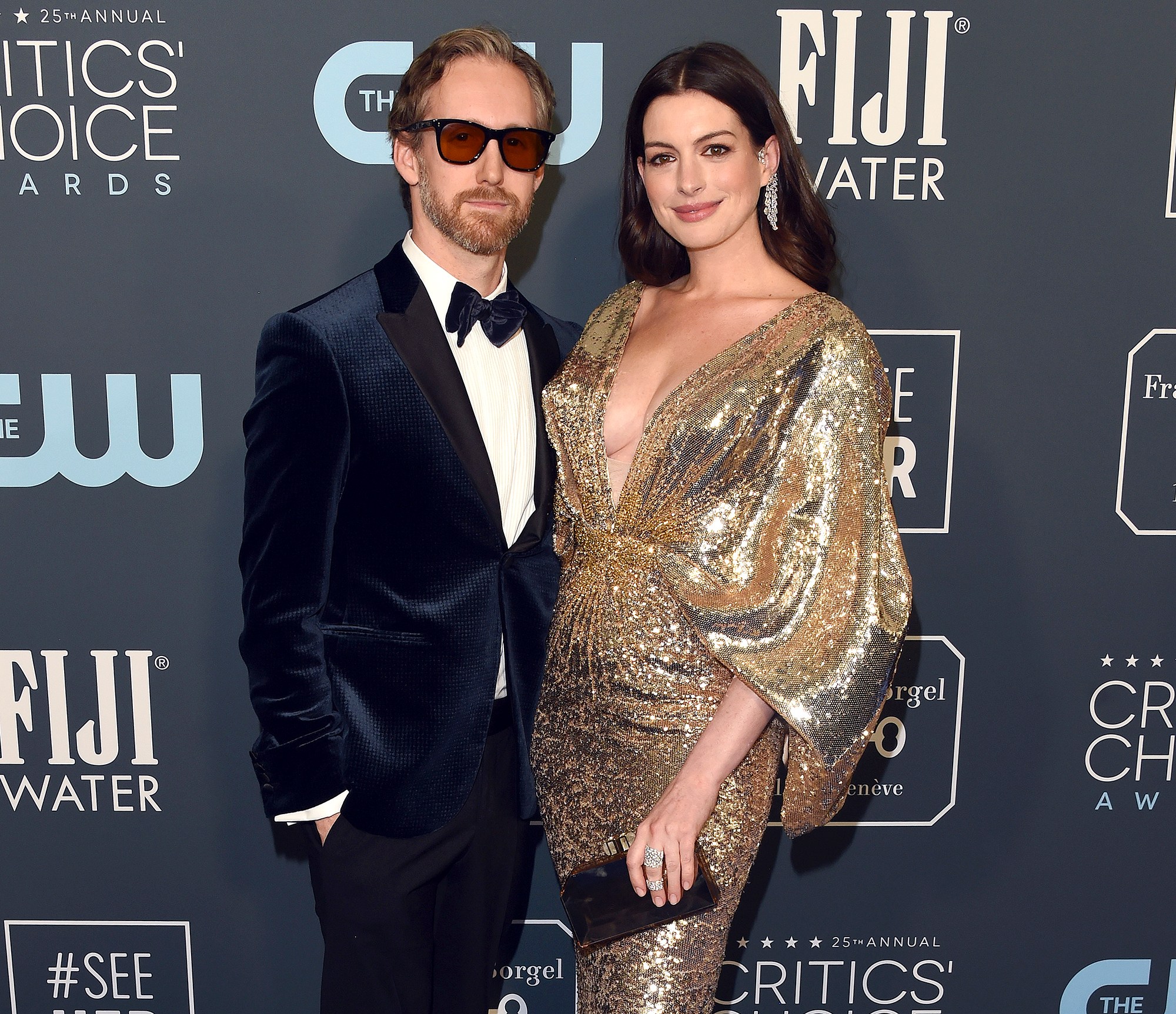 Us confirmed in December that the couple’s second child had arrived when the Modern Love actress was spotted carrying an infant in Connecticut alongside her husband and toddler.

The New York native announced in July that she was pregnant by posting a mirror selfie via Instagram. “It’s not for a movie. #2,” the Devil Wears Prada star captioned the social media upload at the time. “All kidding aside, for everyone going through infertility and conception hell, please know it was not a straight line to either of my pregnancies. Sending you extra love.”

Hathaway and the jewelry designer previously welcomed their son Jonathan in 2016, four years after they tied the knot in Big Sur, California.

Earlier this month, the Princess Diaries star debuted her post-baby body in a gorgeous gold gown at the Critics’ Choice Awards. She stepped out again on Monday, January 28, for The Last Thing He Wanted premiere at Sundance Film Festival.

The Emmy winner was drawn to the role by “the opportunity to embody a woman that was conceived by Joan Didion and then interpreted by Dee Rees,” she told Us exclusively on Monday. “Filming in Central America was a profoundly moving and gratifying experience, particularly working with the people. Everyone in Puerto Rico blew me away.”

Hathaway’s costar Willem Dafoe loved working with her on the film, out on Netflix on Friday, February 21. “She’s got incredible skill and this is a great role for her,” the actor, 64, told Us. “She’s all in, she’s very committed. She transformed herself and I enjoyed playing scenes with her.”

With reporting by Julie Walker