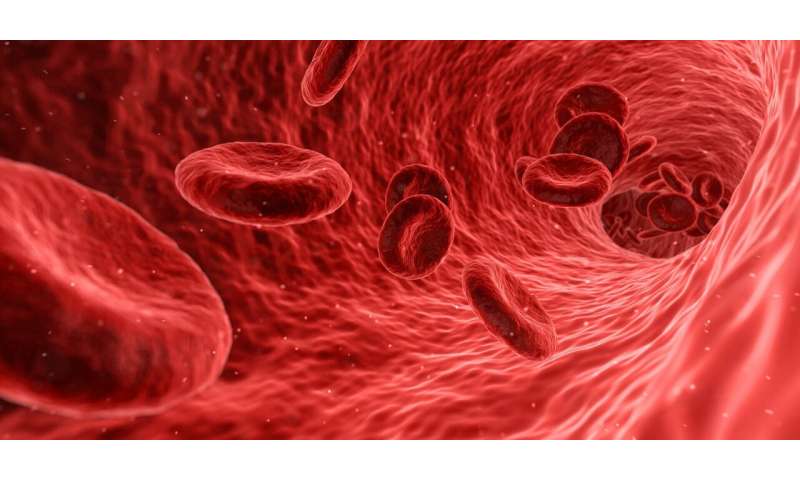 A new study confirms that a simple blood test can reveal whether there is accelerating nerve cell damage in the brain. The researchers analysed neurofilament light protein (NFL) in blood samples from patients with Alzheimer’s disease. Recently published in JAMA Neurology, the study suggests that the NFL concentration in the blood could be able to indicate if a drug actually affects the loss of nerve cells.

The blood samples were collected over several years, and on multiple occasions, from 1,182 patients with different degrees of cognitive impairment, and 401 healthy subjects in a control group.

Very sensitive methods have been developed in recent years to measure the presence of certain substances in blood that can indicate damage in the brain and neurological diseases such as Parkinson’s, multiple sclerosis (MS) and Alzheimer’s. Neurofilament light protein (NFL) is one such substance.

“Standard methods for indicating nerve cell damage involve measuring the patient’s level of certain substances using a lumbar puncture, or examining a brain MRI. These methods are complicated, take time and are costly. Measuring NFL in the blood can be cheaper and is also easier for the patient,” explains Niklas Mattsson, researcher at Lund University and physician at Skåne University Hospital, who led the study.

When nerve cells in the brain are damaged or die, NFL protein leaks into the cerebrospinal fluid and onwards into the blood. It was previously known that the levels of NFL are elevated among people with neurodegenerative diseases, but there has been a lack of long-term studies.

“We discovered that the NFL concentration increases over time in Alzheimer’s disease, and that these elevated levels also are in line with the accumulated brain damage, which we can measure using lumbar punctures or magnetic resonance imaging” says Niklas Mattsson.

The new study focuses on the common form of the disease, sporadic Alzheimer’s disease. It is one of the most widespread chronic diseases in the world and the most common cause of dementia. The researchers have analysed a large number of blood samples collected over several years from a total of 1,583 patients.

“A recently published small-scale German-American study presented similar results on familial Alzheimer’s disease, a very rare form of the disease that is strongly related to heredity. Taken together, these studies indicate that NFL in the blood can be used to measure damage to brain cells in various forms of Alzheimer’s disease,” says Mattsson.

Alzheimer’s is a complex, difficult-to-diagnose disease that develops gradually. The disease involves the deterioration of cognitive and physical functions along with the atrophy and death of brain cells. At present, there is no treatment that can reduce the loss of nerve cells in the brain. Drugs are available to mitigate cognitive disorders, but not to slow the course of the disease.

Measurements of NFL concentration in the blood could indicate if a medicine is actually affecting the loss of nerve cells, when an optimal dosage of the drug has been reached, or if another drug should be tried.

“Within drug development it can be valuable to detect the effects of the trialled drug at an early stage and to be able to test on people who do not yet have full-blown Alzheimer’s,” notes Mattsson, who continues:

“In previous drug trials there has been considerable uncertainty about the effects of the drugs. There are several reasons for this. For example, some of the patients involved probably did not have Alzheimer’s disease. In other cases, it was unclear if the drug had been introduced too late in the course of the disease. Measuring the NFL concentration in the blood could make things easier for future drug development, both through following the effects of the drug and by including test subjects who display markers of nerve cell deterioration. This approach will enable more reliable conclusions to be drawn from the results.”

Mattsson emphasises the importance of continuing to examine how sensitive the measurement of NFL in the blood is as a marker for Alzheimer’s disease and what can be expected from longitudinal changes. The effects of promising drugs also need to be confirmed in new drug studies. However, he believes that the method is not far from becoming a standard clinical procedure.