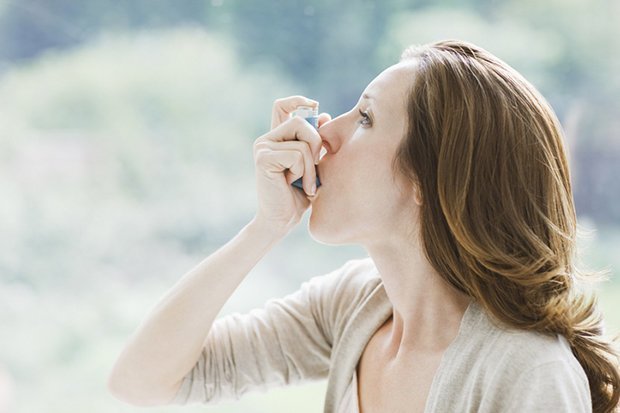 Everyone seems to be feeling a bit gloomy after such a gloriously sunny Easter weekend.

But some people could be suffering more than others as the weather turns.

Those with asthma are advised to be alert as a Saharan dust cloud covers the UK this week.

The dense wave of dust blown up from the African desert will bring the UK outbreaks of rain and temperature drops, BBC Weather reports.

Anyone with respiratory problems is advised to avoid the outdoors as the fine dust particles could easily irritate the lungs.

Dr Andy Whittamore, clinal lead at Asthma UK, said: “Saharan dust could post a serious risk to the 5.4million people in the UK with asthma.

“Toxic air can leave people struggling for breath and can cause wheezing, coughing, shortness of breath and even a life-threatening asthma attack.”

According to the Met Office, strong winds in the south have blown dust from the African desert over to the British Isles.

Forecaster Bonnie Diamond said: “Dust from the Sahara has been carried across the UK from a south easterly direction.”

Cars in Devon and Cornwall appeared to be covered in dust as the Saharan dust swept across the region.

As well as this, South West residents posted pictures of their vehicles on social media showing the effects.

The dust is said to affect Brits for this week, but they hopefully won’t be as big a concern after.