What’s the most common excuse you’ll hear somebody make for not going to the gym? You know it: “I just don’t have enough time to get there!” It’s not unfair, either. After all, we all have super-busy lives, and it’s not easy (or practical) to prioritize fitness over work, family, and relaxation.

That’s the beauty of circuit training, a workout style that’s perfect for anyone who’s super-busy.

And therein lies the greatest strength of circuit training: With rest periods very limited, you get to spend more of your workout time actually working out. Consequently, you finish your workout earlier, building muscle and breaking a sweat in less time than some two-hours-a-day, five-days-a-week marathon training plan.

It’s a perfect formula for the busy gym guy.

How Many Exercises Make Up A Circuit?

If you google the term “circuit training,” you find plenty of ambiguity about how many exercises you actually have to do to be doing a true “circuit.” But don’t overthink this. Basically, any number of exercises in sequence, with rest largely withheld until the end of that sequence is a circuit.

Personally, I like to build circuits around at least four moves. That doesn’t mean you can’t do it with more moves (or, technically, fewer moves, too). Different circuit setups can help you work toward different results. Here are a few common terms you’ll hear thrown around when it comes to circuits.

Triset: A sequence of three exercises, with rest held until the end.

Quadset: A sequence of four exercises with rest held until the end.

Complex: Four or more exercises done using the same weight and the same training tool (such as a kettlebell or barbell). This means you don’t need to put the tool down; you can flow directly into the next move.

Circuit: The classic interpretation of the circuit is four-plus exercises with rest held until the end of the sequence. But again, to some extent, all the above workouts have “circuit” qualities.

The Benefits of Circuit Training 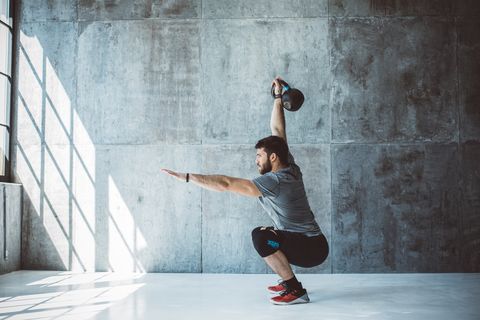 For the most part, you’re doing circuit training to increase the volume of work you can do in any given period of time. With fewer rest breaks, you’ll get more work done, right?

This is obviously a time-saver, but it’s more than that. Research has shown that this is going to build your endurance, while still allowing you to make significant strength gains if you plan your circuits right. You’re also attacking multiple energy systems; constant effort back-to-back on multiple exercises is going to keep pressure on your nervous system, muscular system, and aerobic system.

Now, to be clear, you’re not going to, say, bench press 500 pounds while working through circuit training. From a strength-building aspect, your ability to up your gains is somewhat limited. But overall, you’ll still get to add some strength, even though our focus here is going to be more on muscular and total-body endurance.

But Do Circuits Really Burn Max Levels of Fat?

Sometimes. Most people gravitate towards circuits because they “feel” them working. With so much work but small periods of rest, you sweat, get exhausted, and breath heavier earlier than you would if you were working through a classic strength workout.

When somebody starts to sweat during any kind of training, they tend to think they’re torching fat. That can be the case, but it’s not always true. Most of the heavy breathing that comes from circuit training is due to restricted blood vessels during the movement of muscular activity, plus consistent work and adaptation of our energy systems. Whenever your body is trying to acclimate to a workload, it adjusts and works to find the appropriate energy source. 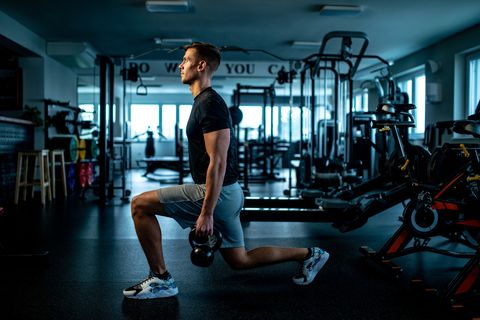 This energy system switching is one of the great things about circuits, and it does lead to some fat burn. Think of a circuit as a run with weights and exercises. When you first start running, you aren’t immediately breathing hard and relying on your aerobic system; first your phosphagen energy system goes into action, then the glycogen-lactic acid system, and, finally, you shift into your aerobic zone. Because of the heavy workload without the ability to kick into your aerobic zone, there will be some post-exercise oxygen consumption, and that’ll have you tapping at fat stores not just during your workout but in the time after it, too.

That’s not the only strength of circuits though. From a workload standpoint, you’re simply getting a ton done. The consistent stress on the muscular system demands certain feedback from the body to help it recover and get stronger. Beating this fatigue will also make you more productive in future workouts; fatigue is a huge limiting factor in your training. Working through circuits, long-term, will make you more proficient in your future strength programs.

One common flaw I see in many people in the general population: They skip full-body workouts. They get to the gym and immediately start training one bodypart a day. Now, this is fine, and has plenty of benefits, but for this style of training to work, you have to be committed to a five- or six-days-a-week training plan.

That can be intense and harder to stick to than you think, which is why, very often, it’s better to start with a simpler, more base-level full-body training program. That way, if you can make the gym only, say, three days a week, you still hit all the major muscle groups and movements that you need to stay healthy and active and maintain and build muscle.

The body will get plenty of benefits from working out with full-body circuits. You’ll train all your muscles, and get great responses from recovery hormones which will aid in nutrient transport and long-term muscle sustainability.

Most people don’t really pay attention to their rest periods when they’re in the gym, period. The amount of time that’s wasted because you’re on Instagram between sets can often be detrimental to your long-term training goals. That’s the greatest thing about circuits: You’re paying attention to your rest periods because, well, they’re barely there.

Things Not To Do In Circuits

Don’t Go Heavy: You’re not going to hit your max weights when circuit training. With no rest between sets, your body isn’t ready for that kind of strain.

Don’t Pack In Too Many Reps: Thirty straight burpees in a circuit is so exhausting that you won’t have strength or focus to do anything else cleanly. Be smart about your reps and sets in circuit training, and don’t try to overwhelm your body. The nature of the circuit, with minimal rest between sets, will take care of that for you.

Don’t Get Too Technical: This isn’t the place to be doing power cleans and snatches with barbells. Avoid technique-heavy lifts, especially at the end of a circuit, because you have to move quickly with limited rest. Think of frontloading your circuits: Do the most technically demanding and heaviest exercise first, then shift to more bodyweight moves and simpler moves (or isolation moves) near the end of a circuit.

Some Circuits to Try!

Sure, you could build your own circuits. But try these circuits if you’re looking for a starting point.

Do each move for the reps required, then move to the next exercise. Rest two minutes between rounds; do 5 rounds.

Do each move for the reps required, then move to the next move. Rest two minutes between rounds; do 5 rounds.

Hang from a pullup bar, hands facing away. Tighten your core and squeeze your shoulder blades. Pull your chest to the bar without swinging, then slowly lower. That’s 1 rep; do 12.