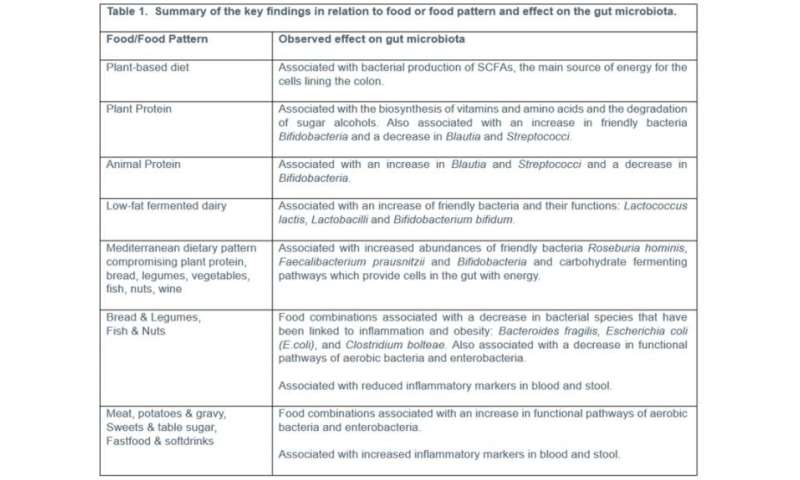 A study presented at UEG Week 2019 has shown that specific foods could provide protection for the gut, by helping bacteria with anti-inflammatory properties to thrive.

Researchers from the University Medical Center Groningen, The Netherlands have found that certain foods including legumes, bread, fish, nuts and wine are associated with high levels of friendly gut bacteria that aids the biosynthesis of essential nutrients and the production of short-chain fatty acids (SCFAs), the main source of energy for cells lining the colon. The findings support the idea that the diet could be an effective management strategy for intestinal diseases, through the modulation of the gut bacteria.

The experts observed four study groups, the general population, patients with Crohn’s disease, ulcerative colitis and those with irritable bowel syndrome (IBS). The researchers analysed a stool sample provided by each participant to reconstruct the host’s microbiota and compared this with the results of a food frequency survey. The results identified 61 individual food items associated with microbial populations and 49 correlations between food patterns and microbial groups.

The experts found that:

Gut microbiota is the term given to the microbe population living in the intestine. Studies have shown that gut microbes play an important role in human health, including immune, metabolic and neurobehavioral traits. Links have also been made to obesity and a lack of diversity of the microbiota has been shown in people with inflammatory diseases such as IBD, psoriatic arthritis, diabetes, atopic eczema, coeliac disease and arterial stiffness. In these diseases, certain diets have been implicated as risk factors and this new research indicates that gut microbiota may help explain the link between diet and disease.

The burden of intestinal diseases:

Intestinal diseases represent a significant cost burden to the European economy, population and healthcare systems. Approximately 3 million people in Europe are affected by IBD and it has an estimated direct healthcare cost of up to €5.6 billion. Obesity presents an even bigger public health concern, with over 50% of the European population considered overweight or obese and associated costs of €81 billion each year.