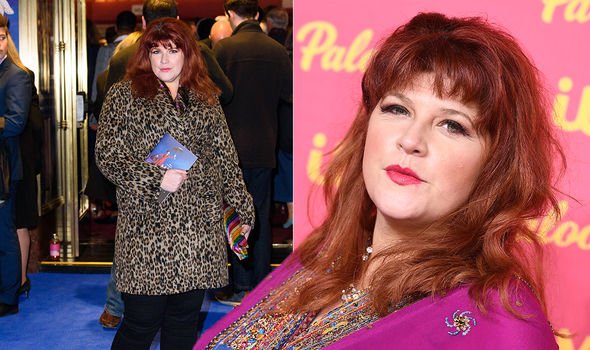 Jenny Ryan, 37, is part of the coterie of elite quizzers who have forged a successful career in television and achieved celebrity status because of their breadth of knowledge. She was recommended for The Chase by Anne Hegerty, as they had both competed together on the same quiz team, where Ryan was the captain of the team. Her mental sharpness may be second to none, but what fans may not know is that the chaser also grapples with a mental issue – depression.

Jenny’s depression can be traced back to her late teens, where she found the demands of daily life increasingly hard to manage.

Speaking to Mirror.co.uk she said: “I’d always been the genius of the family. Teachers said I’d definitely go to a top university and could do anything, even be Prime Minister.

“Suddenly, things got harder. I used to enjoy doing homework but stopped trying and felt drained. Anxiety started to build and I didn’t understand what was going on.

“One day at uni it crystallised into something physical and I had an urgent need to go home. On my way to the train station I felt like I had a fish bowl on my head, as if I wasn’t part of the same world as everyone else.”

She continued: “Back home I sat on my parents’ sofa and felt a lack of reality. My brain couldn’t process. I just flipped out. I thought – ‘what’s going on? Is my brain broken?’”

Dismayed and desperate, Jenny eventually went to the doctor who said her symptoms sounded like depression and that she had had an anxiety attack.

Putting a label on it put the chaser at ease, making her feel like it wasn’t something she had to deal with on her own.

At the moment, Jenny isn’t on antidepressants, but revealed she’s taking a low-level beta blocker for anxiety.

DON’T MISS
How to live longer: This type of exercise found to be best for increasing life expectancy [TIPS]
Norovirus warning: The drink that could give you the highly-contagious winter vomiting bug [INSIGHT]
Lung cancer symptoms: Three major clues in a person’s hands that could signal the disease [INSIGHT]

She has also found music to be an effective form of treatment: “Music really helps – singing is huge because it releases all the endorphins and gives me a real thrill.”

Although the chaser still has “bad bays”, recognising when the warning signs helps her to manage her symptoms.

Depression is more than simply feeling unhappy or fed up for a few days, according to the NHS.

While most people go through periods of feeling down, when a person is depressed they feel persistently sad for weeks or months, rather than just a few days. 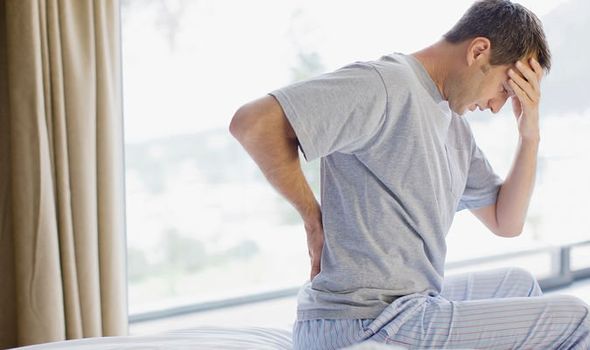 The health site explained: “Some people think depression is trivial and not a genuine health condition. They’re wrong – it is a real illness with real symptoms. Depression is not a sign of weakness or something you can “snap out of” by ‘pulling yourself together’.

“The good news is that with the right treatment and support, most people with depression can make a full recovery.”

How to tell if you are depressed

The symptoms of depression can be complex and the causes wide-ranging, but there are some common symptoms people experience.

As a general rule, if you’re depressed, you feel sad, hopeless and lose interest in things you used to enjoy, explains the NHS.

The condition can manifest itself physically and psychologically.

The psychological symptoms of depression include:

The physical symptoms of depression include:

Symptoms may also show up in your social life, such as avoiding contact with friends and taking part in fewer social activities and neglecting your hobbies and interests/

Treatment for depression usually involves a combination of self-help, talking therapies and medicines and the treatment that will be recommended will be based on the type of depression you have.