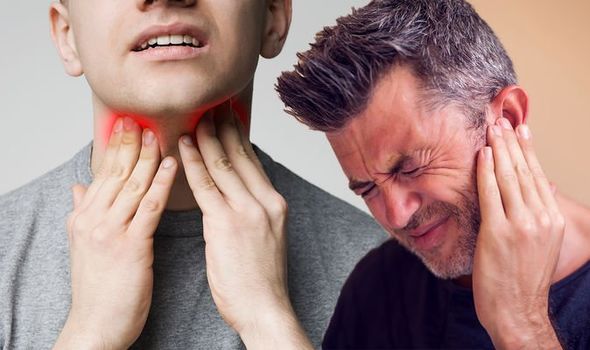 Cancer is the uncontrolled growth of abnormal cells in the body which develop when the body’s normal control mechanism stops working. Cancer survival outcomes greatly depend on the type and stage of the cancer so recognising the warning signs is key to improving outcomes. A symptom associated with a rare type of cancer relates to hearing.

If you experience tinnitus, a condition that is characterised by hearing sounds that come from inside the body rather than from an outside source, it may signal nasopharyngeal cancer.

According to the NHS, nasopharyngeal cancer is a rare type of cancer that affects the part of the throat connecting the back of the nose to the back of the mouth (the pharynx).

In the UK, about 250 people are diagnosed with nasopharyngeal cancer each year.

Nasopharyngeal cancer shouldn’t be confused with other types of cancer that also affect the throat, such as laryngeal cancer and oesophageal cancer, explains the health body.

In addition to tinnitus, people with nasopharyngeal cancer may also experience:

It’s often difficult to recognise nasopharyngeal cancer because the symptoms are similar to other, less serious conditions.

Also, as the NHS points out, many people with nasopharyngeal cancer don’t have any symptoms until the cancer reaches an advanced stage.

“See your GP if you develop any worrying symptoms, particularly if they don’t improve after a few weeks,” advised the health body.

DON’T MISS
Type 2 diabetes: Best foods to include in your diet to lower blood sugar [TIPS}
How to live longer: This type of exercise could increase life expectancy [TIPS]
Norovirus warning: The drink that could give you the highly-contagious winter vomiting bug [INSIGHT]

It’s very unlikely they’ll be caused by nasopharyngeal cancer, but it’s best to get them checked out, it adds.

Who is at risk?

The exact cause of nasopharyngeal cancer is unknown, but a number of factors can increase your risk of developing the condition.

Diet may influence your risk of developing the cancer, for example, which may explain why it is more common in parts of Asia and Northern Africa than it is in Europe.

As Cancer Research UK explained: “Diets very high in salt cured meats and fish or pickled foods are more common in some of these places. 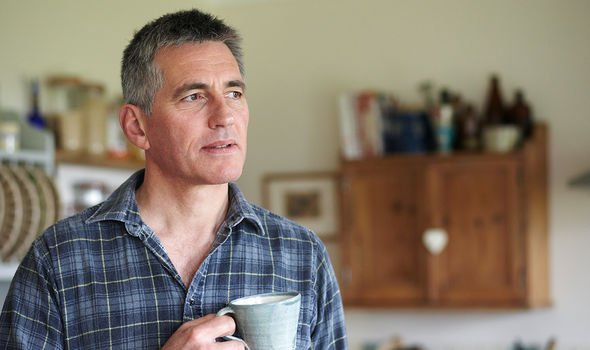 “These foods can be very high in nitrates and nitrites, which react with protein to form nitrosamines. These chemicals can damage DNA.”

Studies in Asia have shown that people who eat Chinese cured and salted fish are at an increased risk of nasopharyngeal cancer.

People from China, or with Chinese ancestry living in the UK, have higher rates of nasopharyngeal cancer than other ethnic groups and this might be due to their diet.

There is also some evidence that eating lots of fruit and vegetables could decrease the risk of nasopharyngeal cancer, according to Cancer Research UK. 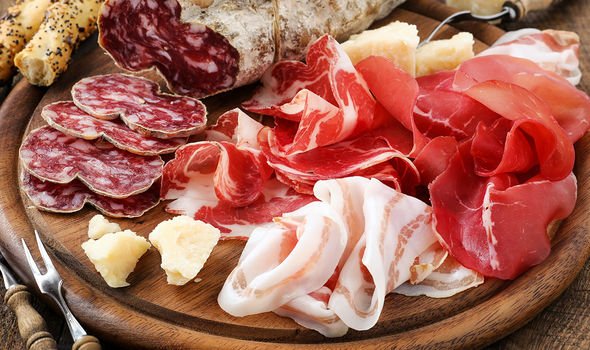 “Being exposed to the human papilloma virus (HPV) may also increase your risk of developing certain types of nasopharyngeal cancer,” said the NHS.

About three times as many men as women are affected by nasopharyngeal cancer, and the average age at diagnosis is about 50.

How is nasopharyngeal cancer treated?

According to the NHS, the two main treatments for nasopharyngeal cancer are:

In most cases, a combination of radiotherapy and chemotherapy will be used.