Eczema treatments usually come in the form of emollients (moisturisers) or topical corticosteroids. The NHS also recommends taking antihistamines and using bandages as alternative treatments. But these don’t always work for everyone. When these treatments don’t work, some people like to try more natural remedies, and one which has proven effective in studies in coconut oil.

Studies have shown coconut oil’s healthy fatty acids can help add moisture to skin, which can help people with dry skin or eczema

Coconut oil is an edible oil which is used in cooking, and in recent years has been used more and more as a beauty product.

But studies have shown the oil’s healthy fatty acids can help add moisture to skin, which can help people with dry skin or eczema.

Virgin coconut oil in particular may protect the skin by helping combat inflammation and by improving the health of the skin barrier.

One clinical trial looked at the effected of applying virgin coconut oil to the skin in children.

The results found using the oil for eight weeks improved the symptoms of eczema better than mineral oil.

Another oil which has proven effective at treating eczema is oat oil. 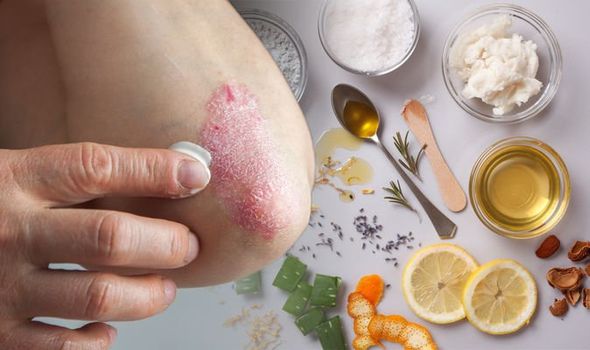 Other oils which were found to be effective in the treatment of eczema in the study were jojoba oil and rosehip oil.

Some experts recommend supplements as a natural remedy for eczema. 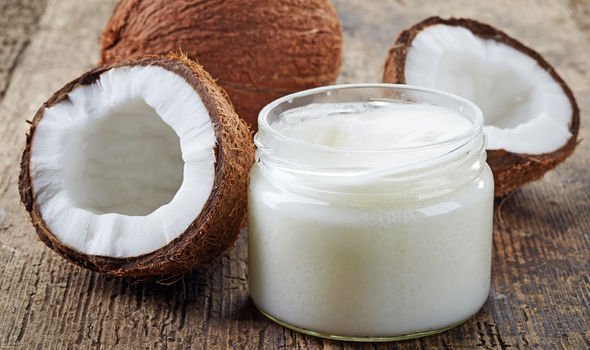 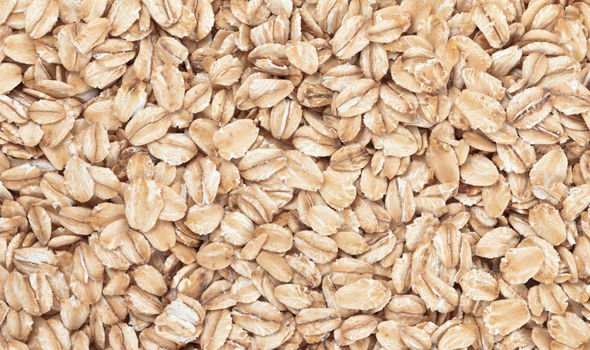 Quercetin is a flavanol found in vegetables such as onions and broccoli and fruits such as apples as well as green tea, is known for its anti-oxidant properties and anti-allergic activities.

Claire said: “Quercetin effectively inhibits the secretion of histamine and pro-inflammatory markers and has been shown to decrease eczema that have previously not responded to conventional treatments.”

Polyunsaturated fats are divided into two families: omega-6 and omega-3. In the last several decades, dietary intake of omega-3 fatty acids has declined, while intake of omega-6 has increased, according to nutritional therapist Hannah Braye.

She added: “In fact some sources report omega-6 fatty acids and omega-3 fatty acids are now consumed in a ratio of about 20:1 in the modern Western diet, relative to 2:1 traditionally.”