An HIV positive man in London is the second person ever to be declared in remission from the virus, a new study reveals.

The unidentified patient has been free of the virus for 18 months without viral-suppressing treatment after a stem cell transplant to treat his cancer.

The only other person to have survived the life-threatening technique, and come out of it HIV-free, was so-called ‘Berlin patient’ Timothy Ray Brown, a US man treated in Germany 12 years ago.

Every other attempt in the intervening years has been unsuccessful, many with devastating, deadly consequences.

Experts hailed the news as a ‘milestone’ in the fight against HIV, the virus that causes AIDS, but warned that it does not change reality much for the 37 million people living with HIV.

Aside from HIV, both men were in the advanced stages of cancer – the Berlin patient, leukemia; the London patient, Hodgkin’s lymphoma.

For them, a life-threatening and complex stem cell transplant was a last-ditch attempt to survive. For most others, a daily pill that suppresses their virus so that it is untransmittable, and allowing them to live a long and healthy life, is preferable. 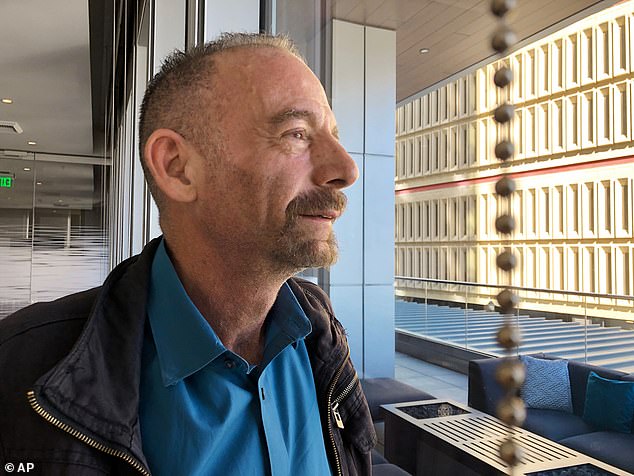 Dr Anthony Fauci, head of the HIV/AIDS division at the National Institutes of Health, told DailyMail.com the report was ‘elegant, important work’ that ‘fortifies the proof of concept’ shown in the Berlin patient.

‘But it’s completely non-practical from the standpoint for the broad array of people who want to get cured,’ Dr Fauci added.

‘If I have Hodgkin’s disease or myeloid leukemia that’s going to kill me anyway, and I need to have a stem cell transplant, and I also happen to have HIV, then this is very interesting.

‘But this is not applicable to the millions of people who don’t need a stem cell transplant.’

Dr Janet Siliciano of Johns Hopkins, one of the leading researchers in how HIV hides in the body, agreed that the findings have limited impact in a real-world sense.

But it shows that the first time wasn’t a fluke – as so many feared when attempts to replicate the Berlin patient’s treatment failed time and time again.

The case was published online Monday by the journal Nature and will be presented at an HIV conference in Seattle.

The patient has not been identified. He was diagnosed with HIV in 2003 and started taking drugs to control the infection in 2012. It’s unclear why he waited that long. He developed Hodgkin lymphoma that year and agreed to a stem cell transplant to treat the cancer in 2016.

With the right kind of donor, his doctors figured, the London patient might get a bonus beyond treating his cancer: a possible HIV cure. 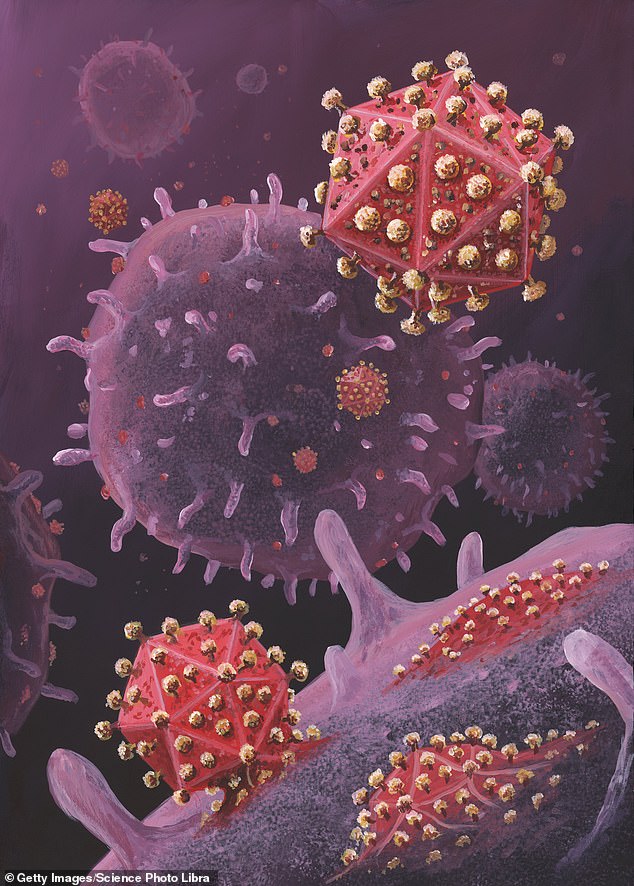 Usually, HIV patients expect to stay on daily pills for life to suppress the virus. When drugs are stopped, the virus roars back, usually in two to three weeks

Doctors found a donor with a gene mutation that confers natural resistance to HIV. About 1 percent of people descended from northern Europeans have inherited the mutation from both parents and are immune to most HIV. The donor had this double copy of the mutation.

That was ‘an improbable event,’ said lead researcher Ravindra Gupta of University College London. ‘That’s why this has not been observed more frequently.’

The transplant changed the London patient’s immune system, giving him the donor’s mutation and HIV resistance.

The patient voluntarily stopped taking HIV drugs to see if the virus would come back.

Usually, HIV patients expect to stay on daily pills for life to suppress the virus. When drugs are stopped, the virus roars back, usually in two to three weeks.

That didn’t happen with the London patient. There is still no trace of the virus after 18 months off the drugs.

Brown said he would like to meet the London patient and would encourage him to go public because ‘it’s been very useful for science and for giving hope to HIV-positive people, to people living with HIV,’ he told The Associated Press Monday. 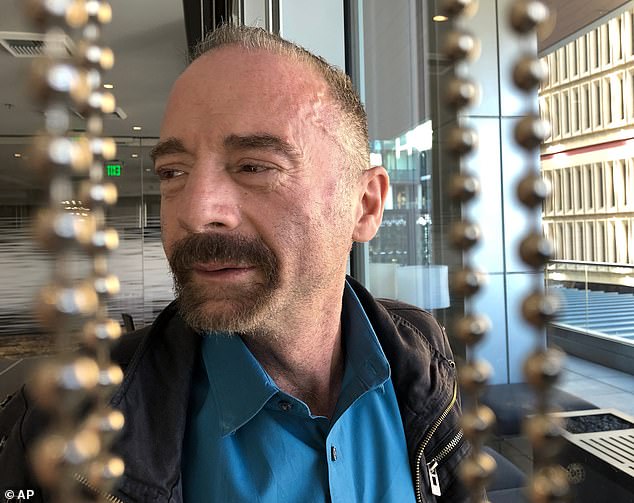 The latest case ‘shows the cure of Timothy Brown (pictured) was not a fluke and can be recreated,’ said Dr. Keith Jerome

Stem cell transplants typically are harsh procedures which start with radiation or chemotherapy to damage the body’s existing immune system and make room for a new one. There are complications too. Brown had to have a second stem cell transplant when his leukemia returned.

Compared to Brown, the London patient had a less punishing form of chemotherapy to get ready for the transplant, didn’t have radiation and had only a mild reaction to the transplant.

Dr. Gero Hutter, the German doctor who treated Brown, called the new case ‘great news’ and ‘one piece in the HIV cure puzzle.’