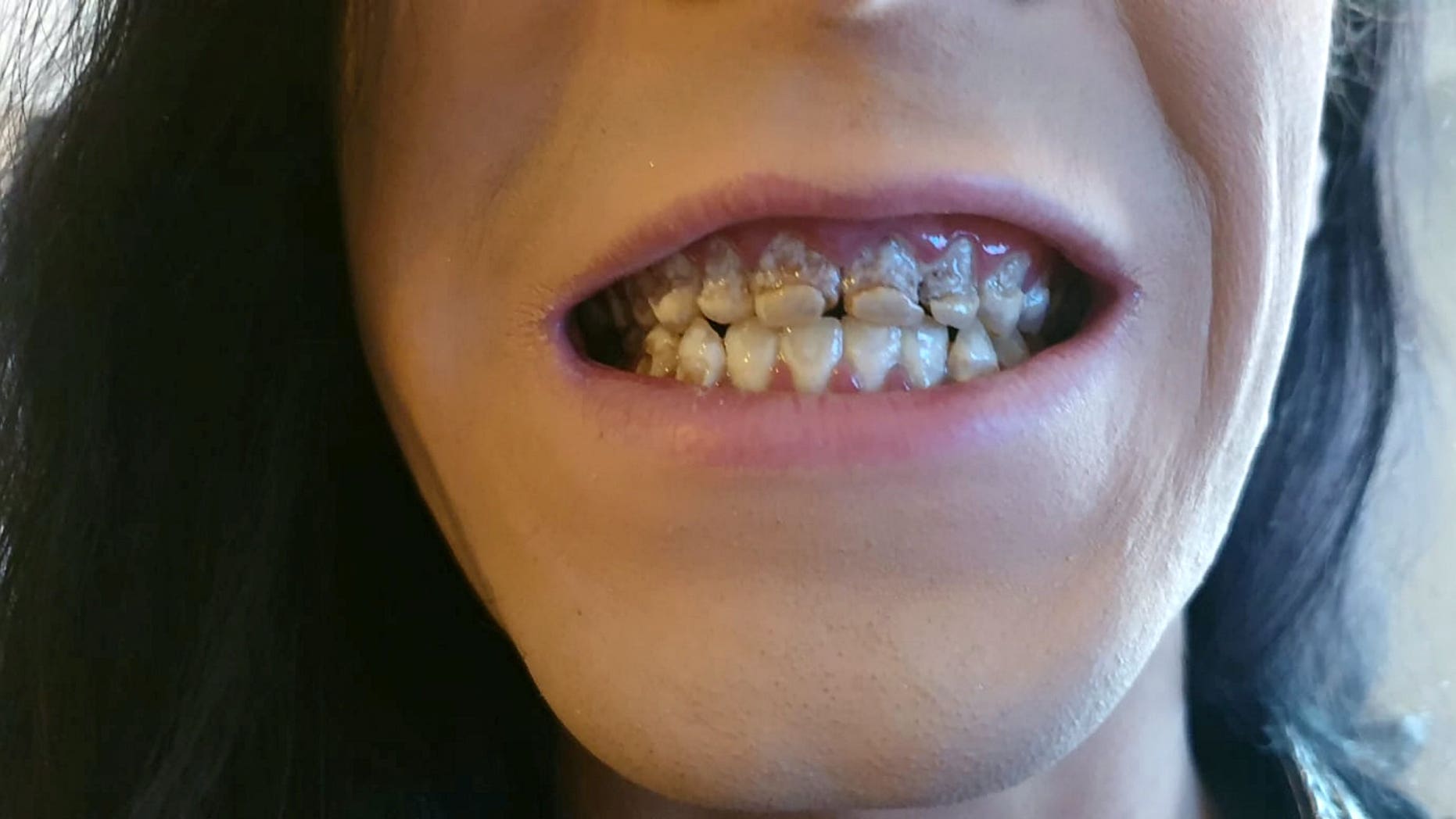 Vinnie Pyner said that he was fueling his energy drink habit with six cans per day.
(SWNS)

A 21-year-old former student is sharing photos of his rotted teeth in a bid to warn others about the dangers of overdoing it on energy drinks. Vinnie Pyner, who dropped out of college after his 2017 semester due to embarrassment about his teeth, said at its peak his energy drink addiction had grown to a six-can-per-day habit.

“It started as a way to relieve the stress and pressure from my college course because you have to be focused when it comes to computing and coding,” Pyner, of Margate, England, told SWNS. “But I never thought that it would get this bad, it’s affected my confidence dramatically. I had the ambition to become a games designer but now my hopes have been dashed.”

Pyner said he kept up his routine of brushing twice daily, but that the pain in his teeth continued to grow. He finally sought help in March 2018 when four of his teeth cracked while he was eating an apple. 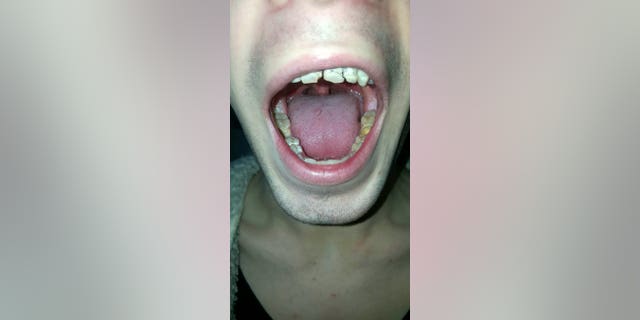 He said he tried to hide the pain until he bit into an apple and four of his top teeth cracked.
(SWNS)

“I didn’t think much about it until I swallowed something hard before realizing that my upper four teeth had broken off,” he told SWNS. “I was shocked and at the same time very worried, the damage looked absolutely awful.”

Pyner attempted to hide the damage from his mother, Tara, who was growing increasingly worried about his addiction.

“I started seeing him coming home regularly with multipacks which were the early signs of addiction,” she told SWNS. “I noticed the habit getting worse and worse as his bedroom bins were always full of the cans. But I never thought that it would get this bad.”

Finally, after convincing him to show her the damage he had done, the pair went to a dentist.

TOO MUCH TOOTHPASTE? YOUNG KIDS ARE OVERUSING, CDC SAYS

“The dentist was extremely shocked to see my teeth and she said that it was one of the worse cases of tooth decay and damage that she had ever seen,” Pyner told the news outlet. “Looking at my teeth, I realized what I had done. I was in a complete mess.”

Physicians and health officials have long been warning about the dangers of energy drinks regarding caffeine consumption, heart health and even developmental growth. But the drinks also contain high amounts of acid that could do irreversible damage to teeth. 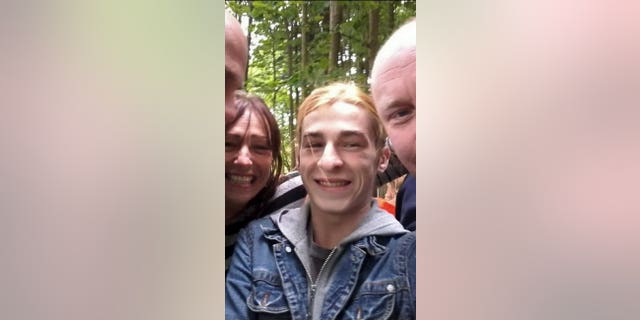 Pyner dropped out of college but plans to return once his dental work is complete.
(SWNS)

According to a study published in the Academy of General Dentistry, damage to tooth enamel causes teeth to become overly sensitive and prone to cavities, and they are more likely to decay.

Pyner’s damage required 24 fillings and dentures to repair his front teeth. He said he has plans to return to college once his dental work is complete, but wants others to learn from his experience.

It is recommended that healthy adults limit their caffeine consumption to 400 milligrams per day, which is about the equivalent of four to five cups of coffee. The FDA advises watching for insomnia, jitters, anxiousness, fast heart rate, upset stomach, nausea, headache or feelings of unhappiness as potential warning signs of overconsumption.

Monster Energy, which is the company behind the beverage Pyner claims to have grown addicted to, did not immediately return SWNS’s request for comment.