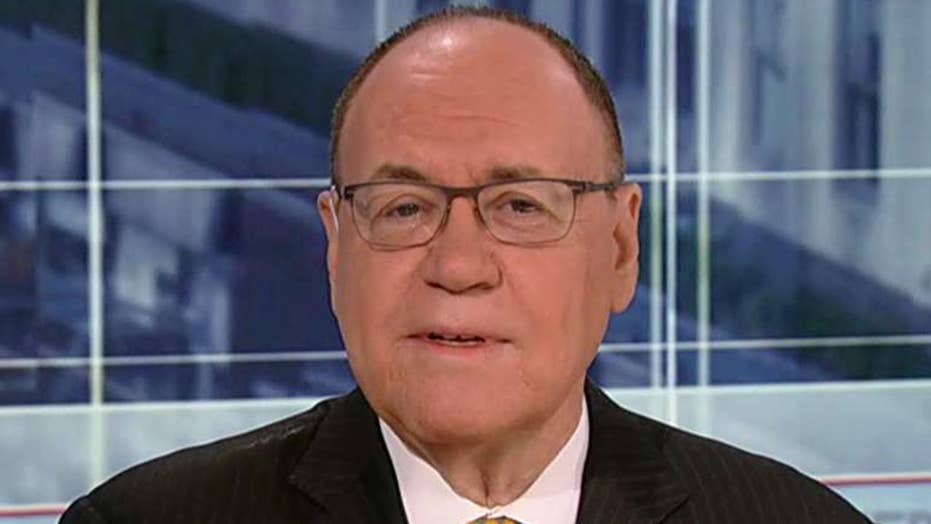 Speaking on “America’s Newsroom,” Siegel said, “The Democrats are trying to figure out if they can get behind this for the 2020 election. My prediction is, it's the extreme only that is going to stay behind this.”

He added, “You cannot destroy the employer-based healthcare system. It won't work in the United States.”

He made the comments as House Democrats held their first-ever hearing on Medicare-for-all legislation on Tuesday, advancing a sweeping proposal that several prominent 2020 Democratic presidential hopefuls have embraced.

President Trump and top Republicans call the idea a socialist prescription for disaster.

DEMS TO HOLD FIRST-EVER HEARING ON MEDICARE FOR ALL, AS PROGRESSIVES FEAR 'DELIBERATION THEATER' FARCE

The Rules Committee hearing concerned the Medicare for All Act of 2019, which promises to rapidly provide coverage for "all people living in the U.S." within two years, according to the current draft of the bill and a summary released by Washington Democrat Rep. Pramila Jayapal.

The legislation has secured the backing of more than 100 congressional co-sponsors, including New York Rep. Alexandrai Ocasio-Cortez and Minnesota Rep. Ilhan Omar. Presidential candidates Pete Buttigieg, Cory Booker, Kamala Harris, Kirsten Gillibrand, Bernie Sanders, and Elizabeth Warren have endorsed some version of the proposal, while Amy Klobuchar has instead supported only a public option.

In an op-ed published in USA Today on Tuesday, Siegel wrote, “Medicare-for -all may be a politician’s dream, but it is a doctor-and-patient nightmare.”

He elaborated on that statement on “America’s Newsroom” Tuesday, saying, “This morning House Rules Committee chairman Jim McGovern says healthcare is a right for all. That sounds great, right?  But let me tell you why that's a politician's slogan.”

In his op-ed, Siegel wrote, “As Medicare changes to single-payer, it would become a more highly regulated restricted insurance that rations care. In other words, it will feel and operate more like Medicaid than Medicare.”

KAMALA HARRIS DISMISSES CONCERNS OVER MEDICARE FOR ALL: 'IT'S NOT ABOUT THE COST'

He added, “Waiting lines for procedures, surgeries and treatments would lengthen.”

On “America’s Newsroom” on Tuesday, Siegel elaborated on that point, referencing the Canadian single-payer health system because he said it’s a model as to how Medicare-for-all would likely operate in the United States.

“CAT scans, four weeks, hip surgery, months. A cardiac stent, months. I can't work within a system like that as a practicing physician and that’s why I call it closer to Medicaid.”

He added, “We don't have the same access to innovation that we have now. We have private solutions coming, personalized healthcare solutions based on genetics, based on robotics, based on immunotherapy. A one size fits all clunky insurance isn’t going to be able to cover all of that.”