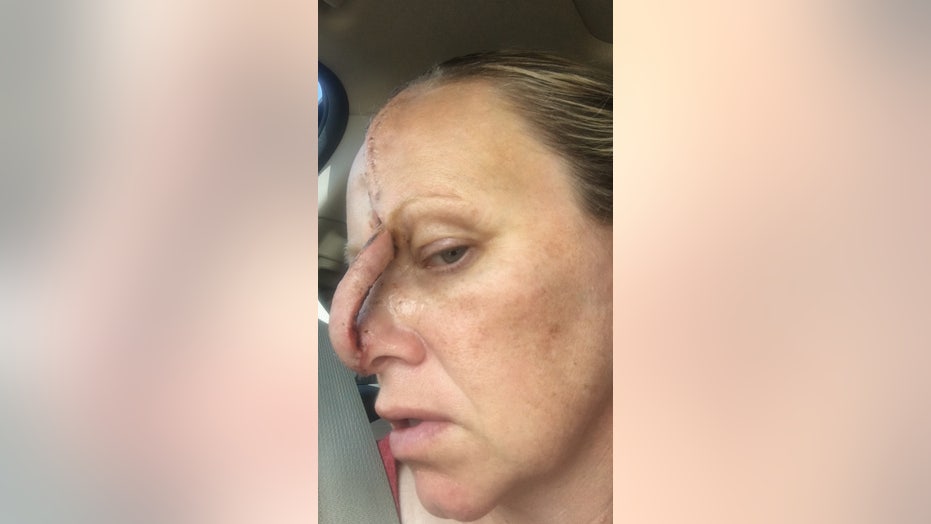 A self-described “diehard” tanner is speaking out about the dangers of forming such a habit after she was left with a hole in her nose and staples in her face when she developed skin cancer.

Rebekah Rupp, of Oklahoma, said she would visit the tanning booth up to six times a week at the height of her tanning obsession, but in 2018 she noticed a spot on her cheek, according to MDW Features. 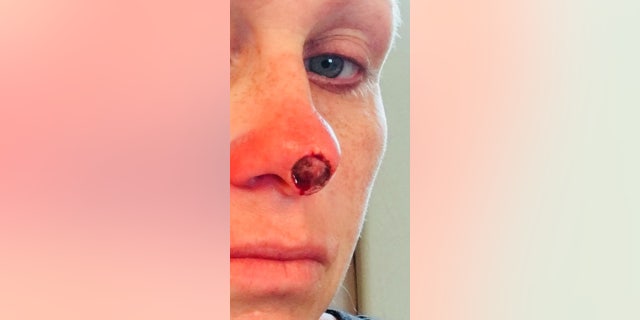 Rupp underwent Mohs surgery to remove cancerous cells from her nose, which then required a skin graft to heal.
(MDW Features)

The spot on her cheek wasn’t as concerning to her dermatologist as a white spot on her nose, which 41-year-old Rupp hadn’t thought anything of.

“As soon as I went in for the dark spot, the dermatologist spotted a white-looking mole on the tip of my nose,” Rupp, a teacher, told MDW Features. “He asked me how long I had it; it had only been there for about two months or so, I thought it was just a pimple that wouldn’t go away.” 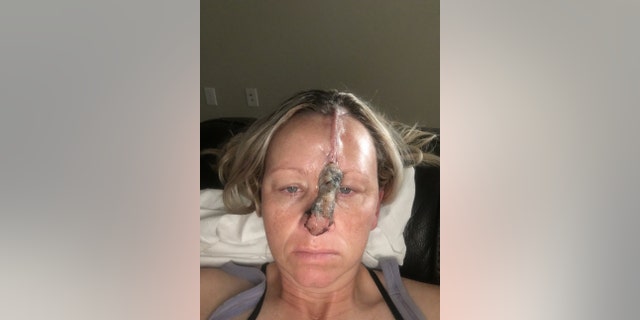 They used skin from her forehead to repair the hole in her nose, which took four weeks to heal.
(MDW Features )

Rupp said her dermatologist removed it and sent it for a biopsy, which revealed that it was cancerous. She was then sent for Mohs surgery and left with a gaping hole in her nose, which required taking a flap of skin from her forehead to repair.

Mohs surgery is performed while the patient is awake and alert, but numbed in the affected area, according to the American Academy of Dermatology. A certified surgeon cuts out the visible skin cancer, and removes a thin layer of surrounding skin, repeating the procedure until no more cancer cells are found in the removed skin. While some wounds heal without stitches, others, like Rupp, will require a skin graft.

In Rupp’s case, it took four weeks for the wound to heal before a reconstructive surgeon could remove the flap from her nose. She had her final surgery on July 9.

Rupp — who said she knew the dangers of tanning but “loved" how it made her feel, and also said her hobby “relaxed” her and “made me feel pretty” — now works for a skincare company and is urging others to take better care of their skin. 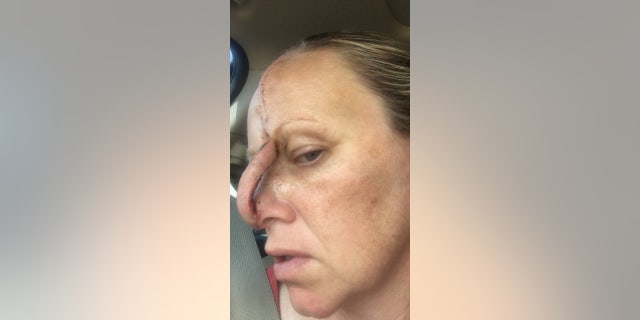 Her experience has moved her to warn others about the dangers of tanning, which is something she took for granted before her diagnosis.
(MDW Features)

“I was a diehard tanning bed tanner,” she told MDW Features. “In my earlier years, I tanned at least five to six times a week. I was told by others it was bad for me, but until it happened to me – I never listened.”

Rupp was not unlike other college students, as the American Academy of Dermatology (AAD) found 59 percent of the students have reported using a tanning bed in their lifetime. The AAD estimates approximately 7.8 million adult women and 1.9 million adult men in the U.S. still use indoor tanning facilities. 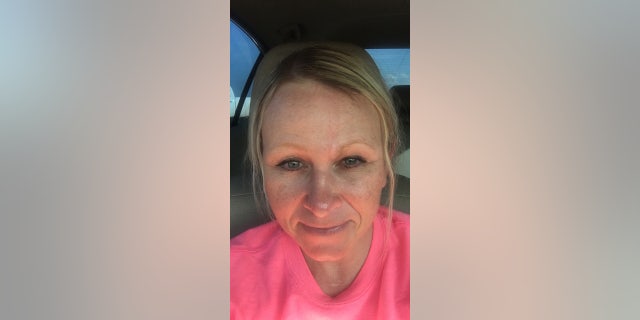 Today, Rupp said she uses sunscreen now whenever she goes outside and uses SPF-infused products from Rodan + Fields, which she had started working for shortly before her diagnosis.
(MDW Features)

Several health organizations have declared ultraviolet radiation from the sun and artificial sources to be a known carcinogen. It has been found to be a cause of melanoma and increase the risk of a benign mole progressing to melanoma. Researchers also estimate that indoor tanning may cause upwards of 400,000 cases of skin cancer in the U.S. each year.

“Protect your skin while you have it,” Rupp told MDW Features. “Don’t tan in tanning beds or expose your skin to sun exposure without using sunscreen and wearing protection on your head.”

The data supporting the use of opioids to treat chronic, non-cancer pain is quite weak,…

For weeks, the second largest economy in the world screeched to a halt. Stunned by…