They have the most free time of any age group yet they are the least active group of all.

Only 27 per cent of Australians over 65 meet the Department of Health physical activity guidelines of 30 minutes activity per day, a minimum which brings significant health benefits. 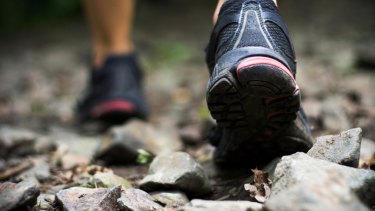 The 73 per cent who do not meet the recommendations can take heart; new research shows that it is possible to quickly regain the lost health benefits by starting exercise later in life or resuming it if it's fallen by the wayside.

On the flip side, the exercise they did in our youth is not enough to sustain them for the rest of their lives; the benefits of physical activity are quickly lost when we stop exercising.

The study of more than 315,000 people, published in JAMA Network Open, explored how much people were physically active in their leisure time over the course of two decades. This included formal exercise like walking or team sports as well as incidental physical activity like gardening or housework.

They found that that becoming physically active between 40 and 60 years old led to similar reductions in premature death from any cause as those who had maintained physical activity throughout their lives (reductions of up to 35 per cent and 36 per cent respectively).

“Our findings suggest that it is not too late for adults to become active,” the researchers said.

Professor Emmanual Stamatakis, of the University of Sydney's School of Public Health, says the study offers "some brilliant evidence". 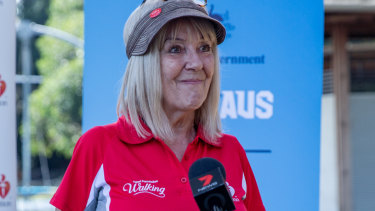 "It is plausible that even when uptake later in life it can reverse the physiological and functional damage that has been caused by poor lifestyles and other life stressors over time," he says. "But, unfortunately, the opposite is also the case: the benefits of exercise are relatively transient and are not carried forward, young regular exercisers who give up and adopt a sedentary lifestyle in their 30s or 40s gradually regress towards the poor health of those who never exercised."

This is significant given that the cost of the aged pension, aged care and health in Australia is expected to balloon to more than $36 billion a year.

New programs, like Walk Wise – a collaboration between the National Heart Foundation and Sport Australia – are attempting to tackle the issue and boost physical activity rates among older Australians through education and walking.

Sharon Lovelock has been part of the free Ryde Area walkers group, a separate Heart Foundation initiative, for seven years. The 69-year-old joined the group, who meet once a week for a five kilometre stroll followed by a coffee, after her husband died.

“I didn’t know many people when I moved to the area and I made all of these friends and it was just wonderful,” she says. “I don’t know what I would have done without it.”

Andrew Larratt, Executive General Manager of Sport Australia, says the aim of programs like Walk Wise is to address high levels of inactivity and high levels of social isolation, which affect about one in five older Australians.

“The trend is to try and keep them active and moving and out of the healthcare system or out of needing care and keeping them physically and mentally and socially engaged,” Larratt said. “A sense of belonging is important and… being physically active can be one part of the solution.”

Although Lovelock has always been active and also plays tennis and swims, she says being part of a walking group encourages physical activity, in part, because of the social aspect.

“Walking is such good exercise and helps your body in so many ways. With a walking group, it helps your mind as well – there are so many lonely people out there,” she says.

Whatever inspires people to get moving, Lovelock, who says she doesn't feel her age, dosen't underestimate the difference it can make: “I think it’s more important. Use it or lose it.”

Professor Stamatakis agrees: “Keeping physically active is as important when we are 10 or 20 as when we are 70, but for different reasons…. Ironically, exercise becomes less of a lifestyle priority as we age – when exactly we need it the most,” he says.