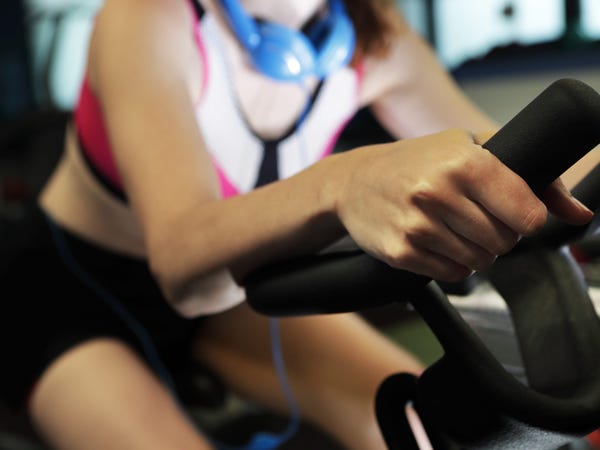 One Canadian spin studio has been identified as the common thread between at least 47 cases of COVID-19, the disease caused by the coronavirus, according to local newspaper the Hamilton Spectator.

Just over a week later, 36 spin class attendees and two staff members have tested positive for coronavirus, along with nine other people who did not attend the studio but were infected by family or household members who did.

Health officials have said that as many as 100 people could have been directly exposed to the virus at the studio, according to the Spectator. That estimate doesn't include secondary exposures, such as family members or friends of infected studio goers.

The outbreak is believed to have started on September 28, and spread through multiple spin classes until it was identified on October 5, according to a statement on the SpinCo Hamilton Instagram page.

The statement notes that the studio shuttered as soon as coronavirus cases were detected, those involved have been notified and contacted with regular updates, and all other required public health procedures have been followed. The studio will remain closed until it is safe to re-open, according to the post.

"We are at a point where either we let this pandemic own us, or we take ownership back," the statement reads. "We are determined to switch the script!"

Dear SPINCO FAM! . It’s Thanksgiving, and we are thankful for you. . We love you and we miss you! When we started the journey to open a SPINCO franchise in Hamilton, we had a dream of building an inclusive space for everyone to exercise! . When we got the green light to reopen in July, like everyone we were hesitant, but we took all the measures public health offered, even added a few, and still the pandemic struck us again! . It started September 28 and spread amongst specific classes until October 5th. SPINCO Hamilton has been closed from the moment the outbreak was identified. . As of today, everyone who has tested positive, are well. Our team, along side Public Health has notified everyone. . We have been following all the procedures set in place by public health. We have been in constant contact with our riders and we will continue to do so, if not daily, then every few days, with updates. . In total we have been open three and a half months if you can believe it. It seems longer. It seems like we have been a community for as long as the city existed! Something even our wildest dreams couldn’t imagine!! In 3 months, an entire community was developed and began thriving. A world of inclusivity and diversity; empowering body positive humans! The change that each of you has brought to this city and to us can not be put in words! . So we are at a point, where either we let this Pandemic own us, or we take ownership back. . We are determined to switch the script! We can and we know the power of our community. . So while we wait and remain closed, you have our commitment, that we will not re-open until It is safe to do so, we need to show our city and the rest of our province that the SPINCO community is not going anywhere! We are strong, we are tough and we fight together.. . . . . . . .

The person believed to have caused the outbreak had no symptoms, according to the local newspaper The Star, and the infection spread despite preventative measures such as studio sanitization, limited class sizes, and a six foot radius of space between bikes.

According to the SpinCo website, masks are required while entering, exiting, or moving around the studio, but may be taken off during the workout.

There is evidence that it is possible to reopen a gym without spreading infection. For instance, a pre-print study in Norway found that 1,892 people were safely able to return to gyms in Oslo for two weeks without getting sick. They did not wear masks, although they did wash their hands regularly and follow social distancing precautions. A caveat: Norway's capital has had significantly fewer cases of COVID-19 than some areas.

We know that working out indoors is significantly riskier than outside, especially if you're not wearing a mask. The CDC has noted that the virus may be able to travel more than six feet in indoor spaces, particularly if they are poorly-ventilated, which calls into question the benefit of six-foot-apart spin bikes.

There's also substantial evidence that people can be highly contagious even before showing symptoms, or without ever getting sick themselves.

Wearing a mask during your workout, and even putting up barriers between workout stations, could help to mitigate the risk.

A major factor in the safety of indoor workouts is airflow, according to research.

Heavy breathing during a spin class or other fitness activity may disperse infectious viral particles throughout the space. Certain types of ventilation systems that recirculate air, instead of bringing in fresh air, can exacerbate this, evidence suggests.

Many gyms have addressed this by installing new air systems that filter or disinfect air contaminants and/or bring in fresh air from outside. In some areas, such as New York, it's a requirement to do so before reopening.

Boutique fitness as we know it is dead. But a new kind of premium 'me-time' is taking its place

Is it safe to go to the gym or an exercise class? Here's the research we have on fitness centers and the coronavirus.