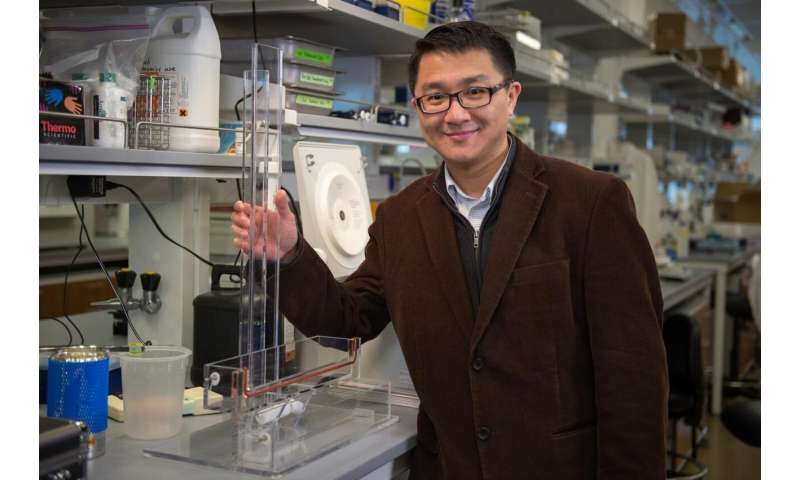 Researchers at The Wistar Institute and collaborators from the University of Notre Dame are developing anticancer compounds targeting a pathway of the endoplasmic reticulum (ER) stress response implicated in the development of multiple myeloma (MM), chronic lymphocytic leukemia (CLL) and lymphoma. The study was published online today in Molecular Cancer Therapeutics, a journal of the American Association for Cancer Research.

The ER is an important organelle in our cells that oversees the quality control of protein folding under normal conditions and responds to the accumulation of misfolded proteins found under stressful conditions by activating specific mechanisms and signaling pathways such as the IRE-1/XBP-1 pathway that triggers a cascade of events that brings cells back to normal physiological conditions.

The Wistar Institute and Notre Dame teams are working together to advance a new class of compounds to inhibit IRE-1 protein and block the function of the IRE-1/XBP-1 pathway, which promotes survival of malignant B cells such as MM and CLL cells. The IRE-1 inhibitors being developed by Hu and collaborators have shown promising activity in several preclinical cancer models, compared to other commercially available IRE-1 inhibitors having variable and inconsistent ability to selectively target ER stress signaling in vitro and in vivo.

“We carefully compared many published inhibitors of the IRE-1/XBP-1 pathway with our own inhibitors, showing that our compounds are the most reliable small molecule inhibitors for targeting this pathway in malignant B cells and that many of the other published inhibitors we tested have subpar activity or adverse off-target effects,” said Hu.

The team measured the ability of various inhibitors to block the RNase activity of IRE-1 in test tubes and within the cells. The best-performing molecules were further evaluated for their cytotoxicity against MM, CLL and mantle cell lymphoma, both as single agents and in combination with PI3K/AKT pathway inhibitors that are used as targeted therapy for these malignancies.

Two inhibitors developed by the team, B-I09 and D-F07, showed the highest and longest-lasting inhibitory activity at lower concentrations.

To improve the tumor specificity of these compounds, Hu and colleagues exploited a feature of tumor cells. Since tumor cells typically produce higher hydrogen peroxide (H2O2) levels than normal cells, researchers designed, synthesized and tested novel inhibitors modified with boronate cages, which require high levels of H2O2 to subsequently turn on their inhibitory activity towards IRE-1.

E-F02, a modified prodrug form of B-I09, could be optimally activated by H2O2 to inhibit IRE-1 in malignant B cells. Furthermore, its killing activity was further enhanced in combination with a compound that induces the production of H2O2 in the cells. “E-F02’s inhibitory activity can be controlled spatiotemporally with specificity against cancer cells in vitro,” said co-corresponding author Chih-Hang Anthony Tang, M.D., Ph.D., a staff scientist in the Hu lab. “Next step is to further test it in vivo in our cancer mouse models.”