Baby on board! Duchess Meghan and Prince Harry confirmed that they are expecting their first royal baby in October 2018, five months after tying the knot — and they’ve been opening up about her pregnancy ever since.

“Their Royal Highnesses The Duke and Duchess of Sussex are very pleased to announce that The Duchess of Sussex is expecting a baby in the Spring of 2019,” Kensington Palace said in a statement at the time. “Their Royal Highnesses have appreciated all of the support they have received from people around the world since their wedding in May and are delighted to be able to share this happy news with the public.”

It went on to say, “The Queen, Duke of Edinburgh, Prince of Wales, Duchess of Cornwall, and Duke and Duchess of Cambridge are delighted for the couple.”

The royal pair’s baby news broke hours after they landed in Australia for their first international royal tour together — and after months of baby bump rumors.

When the Suits alum, 37, arrived at Princess Eugenie and Jack Brooksbank’s wedding in early October 2018, her conservative outfit had many royal followers convinced that she was expecting. Meghan set tongues wagging when covered up her navy dress by Clare Waight Keller with a long, loose-fitting coat and even kept it buttoned inside of Windsor Castle during the ceremony.

Four months later, the Duchess of Sussex celebrated her baby’s impending arrival with a New York City baby shower. The star-studded party was held at The Mark Hotel and attended by celebrity guests, including Serena Williams and Amal Clooney.

Gayle King, another baby shower guest, revealed that the former actress didn’t unwrap her presents until she returned to her husband’s side in England. “She didn’t open any of her gifts because she wants to do that when … she and Harry are back together,” the journalist, 64, said on CBS This Morning at the time.

Take a look at the gallery below to read every adorable thing that the couple have said about Meghan’s pregnancy. 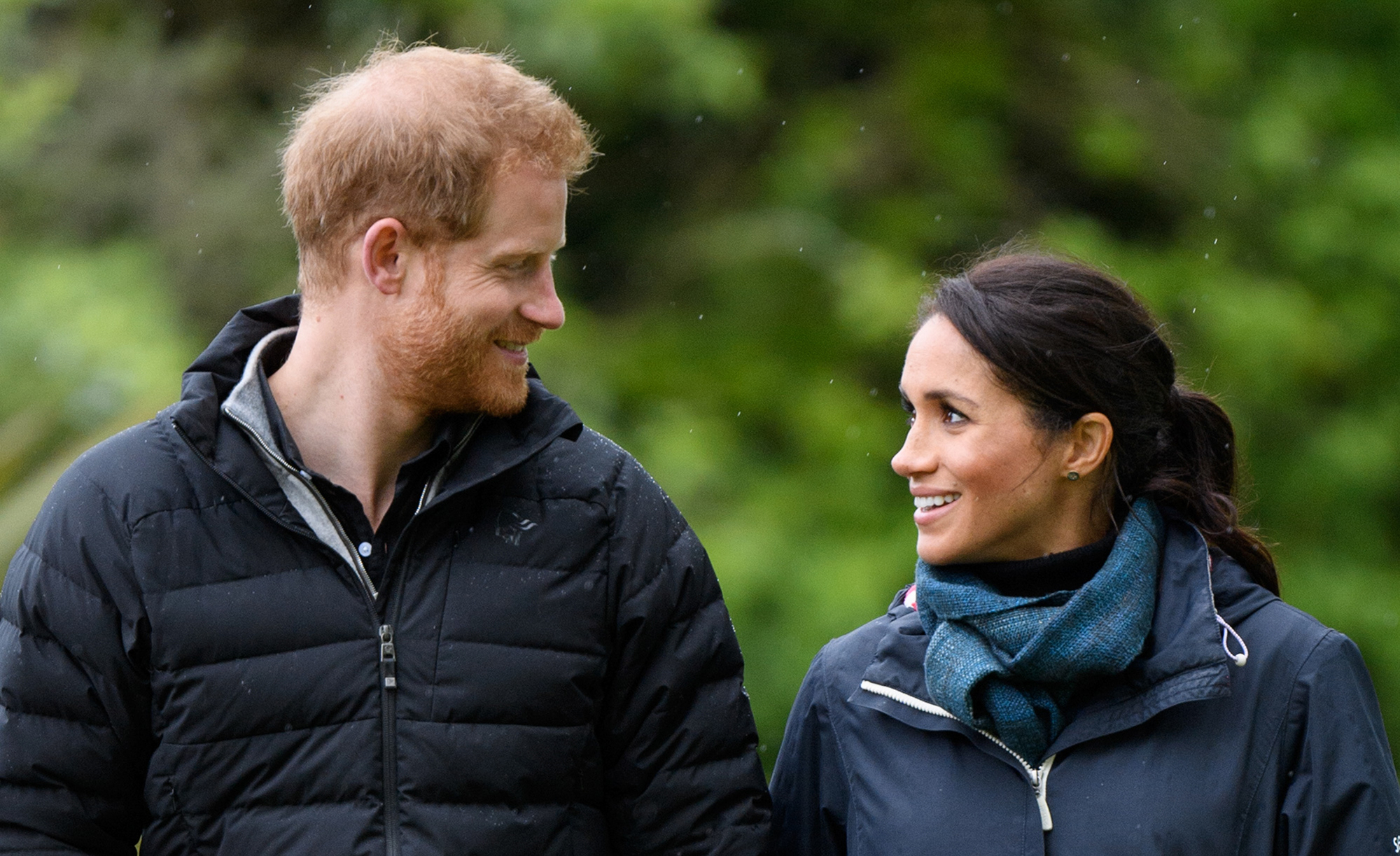 “From myself, my wife and our little bump, we are so grateful to be here,” the dad-to-be told locals in South Island just after Meghan’s pregnancy was confirmed. “We bring blessings from my grandmother, the Queen, and our family. We are so grateful for your hospitality and the work to look after this beautiful place.” 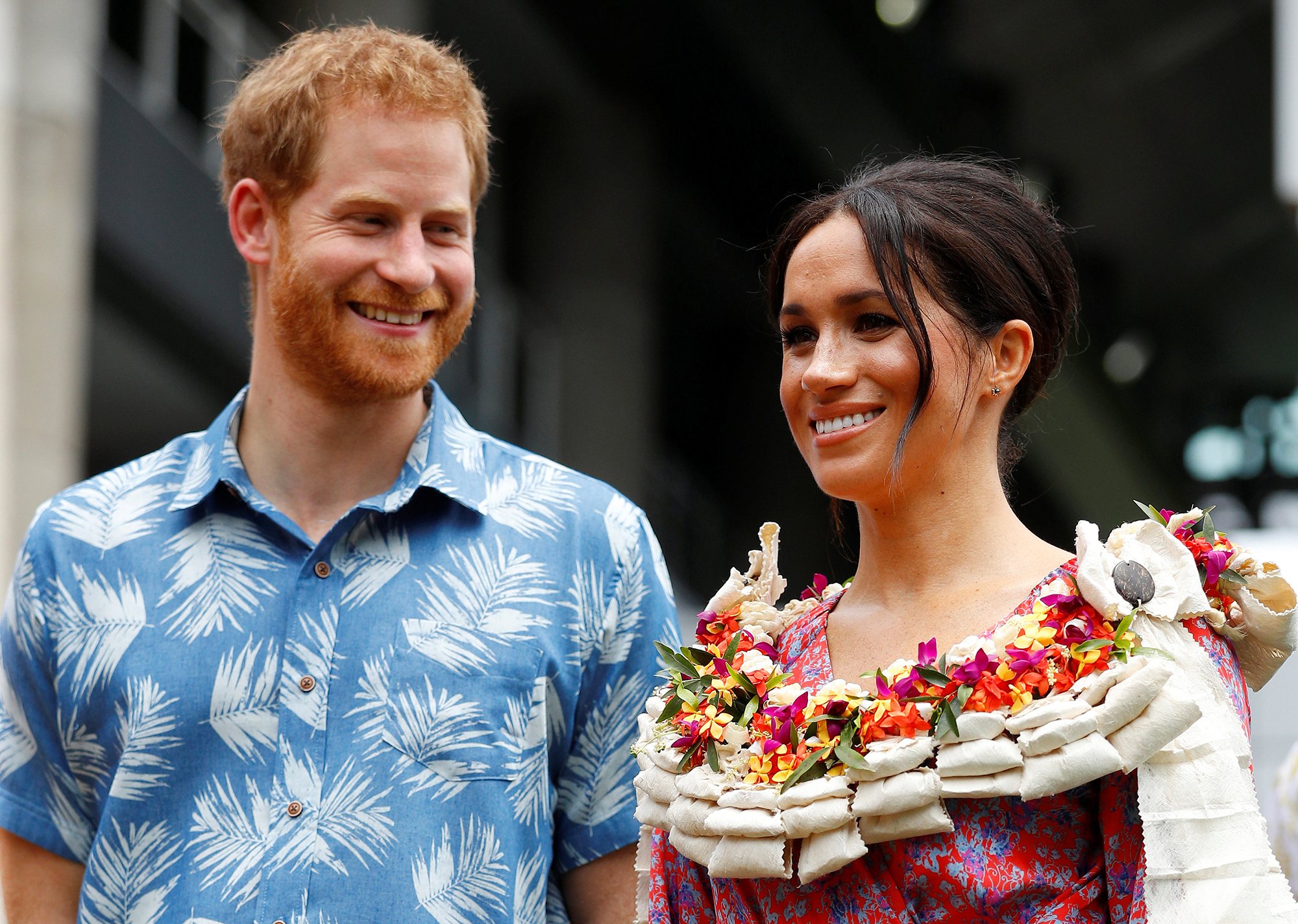 “Everyone is predicting it’s going to be a girl,” the Duke of Sussex told a student in Suva, Fiji, when the islander predicted that the royal pair had a boy on the way. 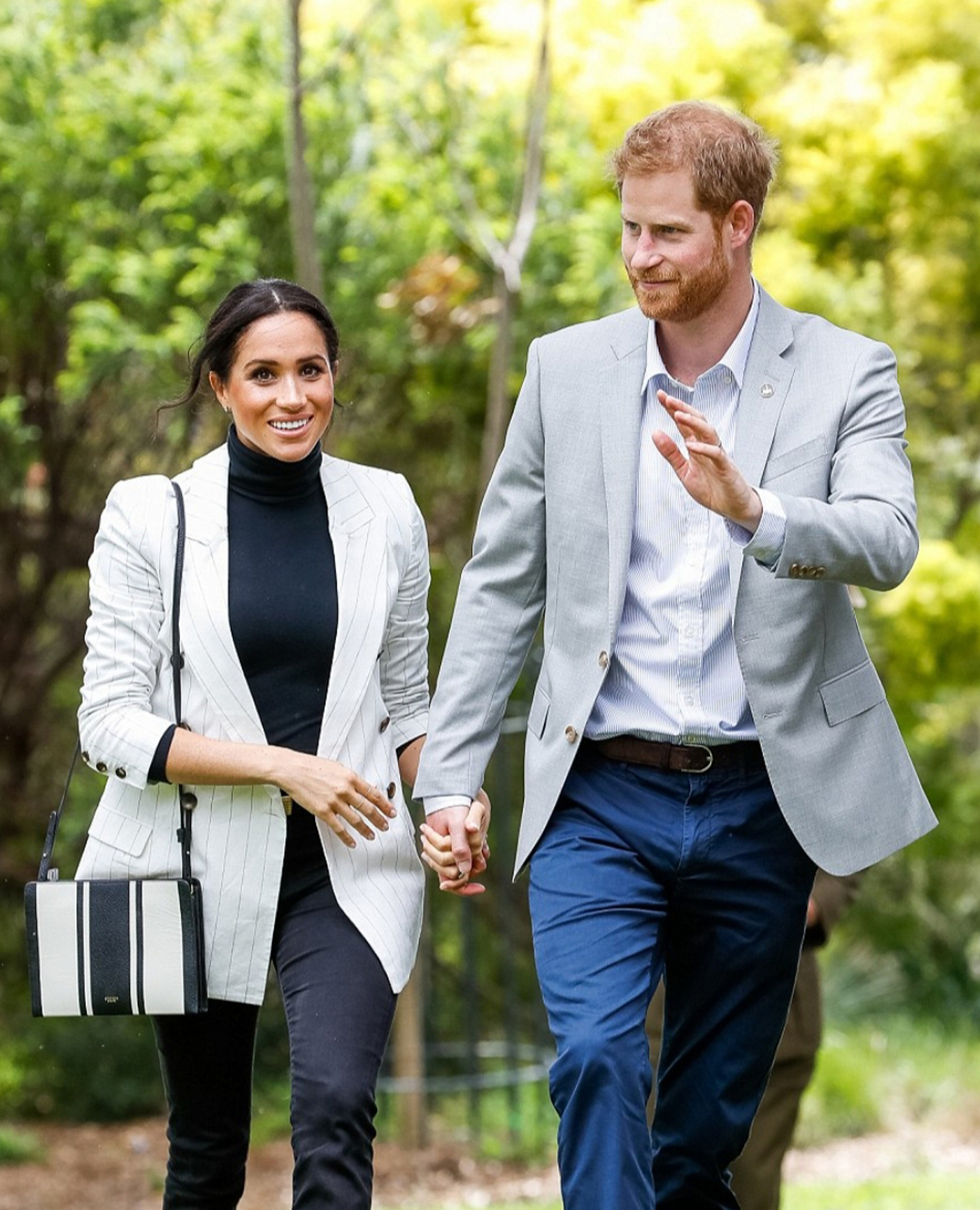 In October 2018, Harry admitted that he wanted to welcome a daughter when someone told the royal that they hoped he was having a girl. The dad-to-be, who was touring in Sydney, Australia, at the time, replied, “So do I.” 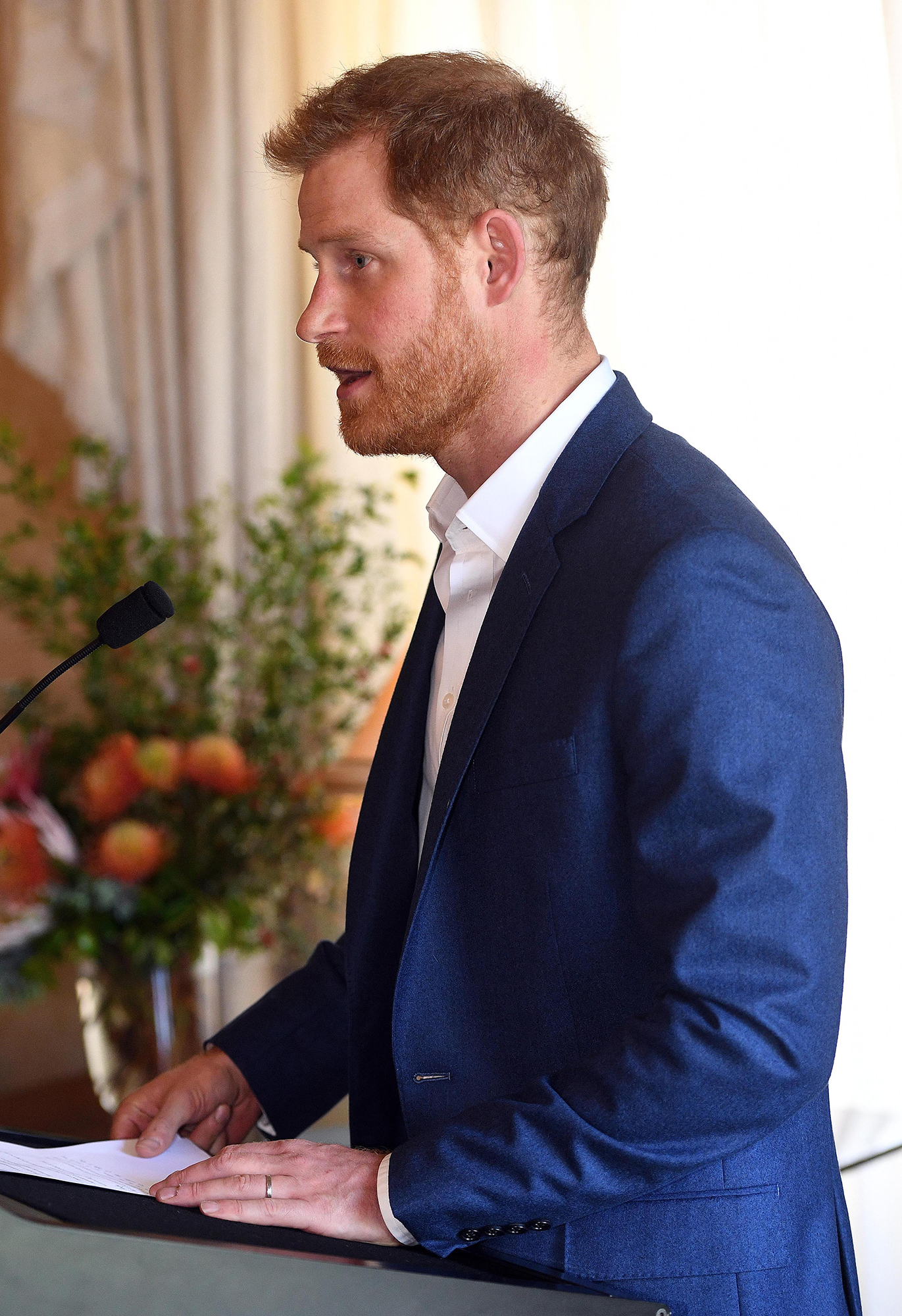 Not only did Meghan and Harry receive baby gifts while touring in Sydney, Australia, in October 2018, but the royal pair mentioned their little one. “Thank you for the incredibly warm welcome and the chance to meet so many Aussies from all walks of life,” Harry said during an address at the Admiralty House. “We also genuinely couldn’t think of a better place to announce the, er, upcoming baby. Whether it’s a boy or a girl.” 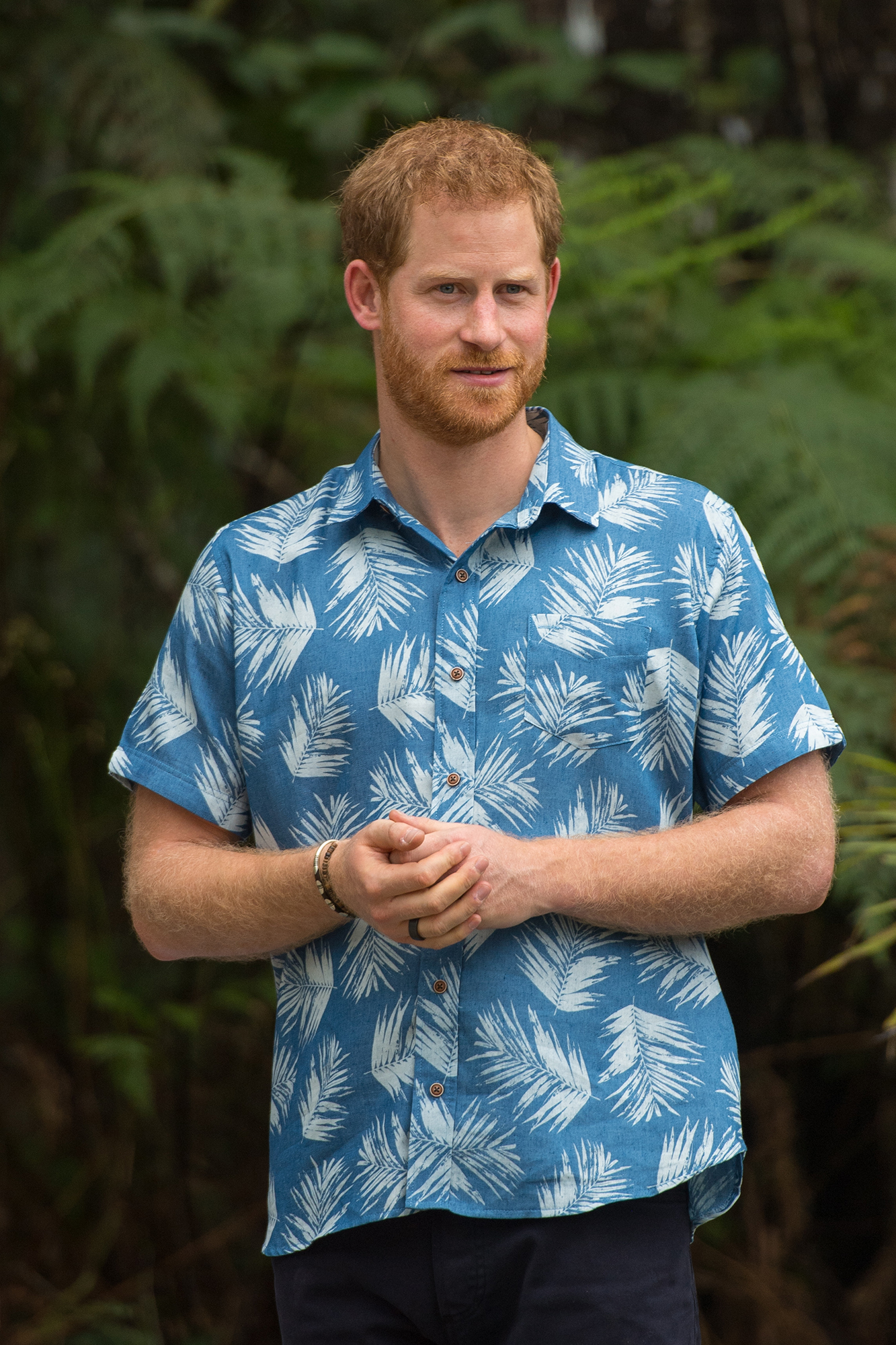 When the Los Angeles native missed the October 2018 Invictus Games while touring with her husband in Australia, he told competitors that she was “resting back at home.” He added, “Being pregnant takes its toll.”