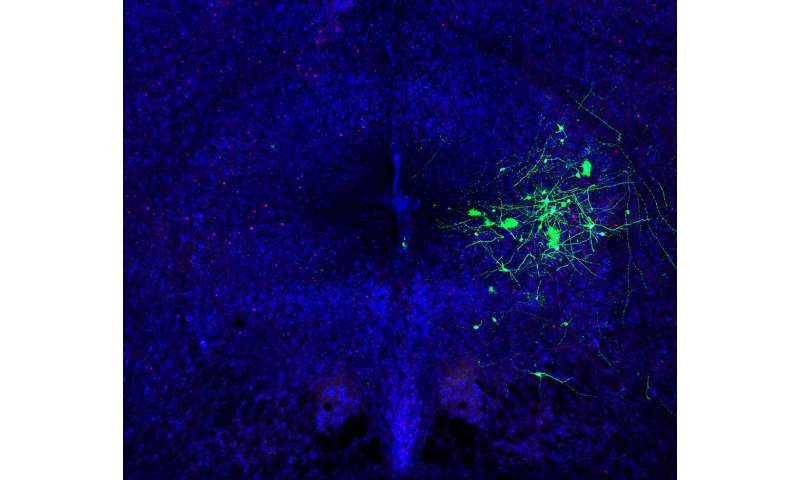 Researchers at Duke University have isolated a cluster of neurons in a mouse’s brain that are crucial to making the squeaky, ultrasonic ‘songs’ a male mouse produces when courting a potential mate.

In fact, they now understand these neurons well enough to be able to make a mouse sing on command or to silence it so that it can’t sing, even when it wants to impress a mate.

This level of understanding and control is a key advancement in the ongoing search for the mechanisms that allow humans to form speech and other communication sounds. The researchers are broadly interested in the brain’s production of speech and have worked with songbirds and mice as models for humans.

“We were interested in understanding how mice produce these ‘love songs,’ as we call them in the lab,” said Katherine Tschida, who led the research as a post-doctoral fellow in both the Richard Mooney and Fan Wang labs at Duke neurobiology.

For this study, Tschida and her colleagues focused on a part of the midbrain called the periaqueductal gray, or PAG for short, because they knew from previous work by others that it would be a key player in the vocalization circuit, she said.

With technology developed by Wang’s lab, they were able to locate and isolate the specific neurons involved in the PAG’s circuitry and then experiment on them.

By turning the neurons on selectively with a light-based method called optogenetics, the researchers found they could make a mouse immediately begin singing, even though it was alone.

On the other hand, silencing the activity of the PAG neurons rendered courting male mice incapable of singing, even while they persisted in all of their other courtship behaviors.

The females turned out to be less interested in the silent types, which also shows that the singing behavior is key to mouse survival.

Both experiments firmly establish that this “stable and distinct population of neurons” is the key conduit between behavior and vocal communication, Tschida said. The work will appear in the Aug. 7 edition of Neuron, but was published early online in mid-June.

Tschida, who will join the Cornell University faculty next year, said the research will now trace PAG’s connections to neurons downstream that communicate with the voicebox, lungs and mouth, for example. And they’ll work toward the behavioral centers upstream that tell the mouse there is a female present and he should start singing.