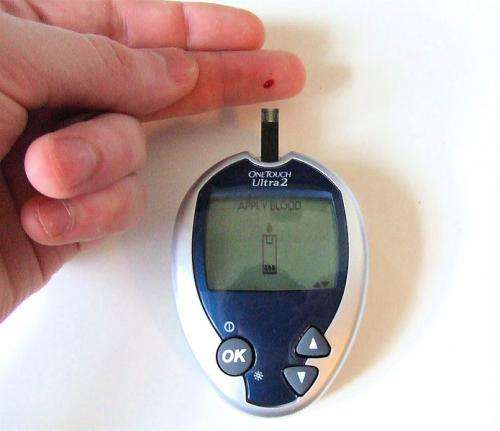 A new study, VERIFY (Vildagliptin Efficacy in combination with metfoRmIn For earlY treatment of type 2 diabetes) presented at this year’s Annual Meeting of the European Association for the Study of Diabetes (EASD) in Barcelona, Spain (16-20 Sept, 2019), and published simultaneously in The Lancet, is the first to show that early combination therapy using vildagliptin and metformin in patients newly diagnosed with type 2 diabetes (T2D) leads to better long-term blood sugar control and a reduced rate of treatment failure than metformin alone (the current standard-of-care treatment for patients newly diagnosed with T2D).

Vildagliptin (also known by its trade names of Galvus and Zomelis) is an oral drug used to treat type 2 diabetes, and belongs to the class of drugs known as dipeptidyl peptidase-4 (DPP-4) inhibitors. By inhibiting this key enzyme, DPP-4 inhibitors promote secretion of insulin by the pancreas, and inhibit production of glucagon, and thus help control blood sugar and avoid hyperglycaemia.

Metformin has been the first line treatment for T2D for several decades (the exact time varying by country), and belongs to the biguanide class of diabetes drugs. Currently, the first-line treatment recommended for type 2 diabetes is metformin monotherapy, with combination therapy only introduced later following treatment failure.

This study, led by EASD President Professor David Matthews (Oxford Centre for Diabetes, Endocrinology and Metabolism, and Harris Manchester College, University of Oxford, UK) and colleagues, included 2001 patients from 254 centres in 34 countries, with 998 randomised to receive early combination therapy using vildagliptin and metformin, and 1003 randomised to receive initial metformin alone, across a 5-year treatment period (enrolment occurred between 2012 and 2014 and follow-up of the final patients was completed in 2019).

Treatment response was monitored by patients visiting their centre every 13 weeks, when the patients’ level of glycated haemoglobin (HbA1c—a measure of blood sugar control) was assessed. If the initial treatment did not maintain levels of HbA1c below 53 mmol/mol [7·0%]) during period 1, confirmed at two consecutive scheduled visits, 13 weeks apart, then this was defined as treatment failure and patients in the metformin monotherapy group received vildagliptin 50 mg twice daily in place of the placebo and patients in the early combination therapy group continued on combination.

This second period was thus a phase of two arms where allocated early combination therapy approach was being tested against a later, metformin with vildagliptin-if-necessary combination strategy. Subsequent failure requiring insulin treatment was assessed as an end-point for second failure by two further visits with loss of glycaemic control. Physicians would then move patients onto insulin therapy. However, patients who did not fail in period 1 but maintained good glycaemic control (HbA1c below 53 mmol/mol, 7%), continued administration of their randomised study medication (early combination or initial metformin monotherapy) for up to five years.

The primary efficacy endpoint was the time from randomisation to initial treatment failure, defined as HbA1c measurement of at least 53 mmol/mol (7·0%) at two consecutive scheduled visits, 13 weeks apart, during period 1.

The authors say: “The findings of VERIFY support and emphasise the importance of achieving and maintaining early glycaemic control” and refer to previous studies (such as the UK Prospective Diabetes study), in which early treatment intensification was associated with a legacy effect, where the reduction in vascular complications in the intensive group was maintained or strengthened over 10 years after study completion. In the Diabetes and Aging epidemiology study, an HbA1c value above 6·5% (the threshold for T2D diagnosis in the USA) for the first year following diagnosis was associated with worse outcomes (increasing microvascular events and mortality risk) over the subsequent 10 years of follow-up.

The authors point out that durable HbA1c values below 6.5% are unlikely to be achieved with monotherapy alone. They say: “Real-world evidence has shown how delayed treatment intensification after monotherapy failure results in increasing time spent with avoidable periods of hyperglycaemia, raising a crucial barrier to optimised care. The durable effect we observed with an early combination strategy in the VERIFY study provides initial support for such an approach as an effective way to intensify blood sugar control early after diagnosis and potentially avoid future complications.”