Last spring, Lags Medical Centers, a sprawling chain of pain clinics serving more than 20,000 patients in California, abruptly shuttered amid a cloaked state investigation into “credible allegations of fraud.” Tens of thousands of patients were left scrambling for care, most of them low-income Californians covered by state and federal insurance programs. Many have struggled for access to their medical records and to find doctors who would renew long-standing opioid prescriptions.

In the months since, the state has declined to elaborate on the concerns that prompted its investigation, which is ongoing.

KHN senior correspondents Jenny Gold and Anna Maria Barry-Jester set out to unravel what happened inside Lags Medical, an affiliated network of clinics under the ownership of Dr. Francis P. Lagattuta. Interviews with former patients and employees, as well as analyses of Medicare and Medi-Cal billing data and other government documents, suggest the clinics operated based on a markedly high-volume and unorthodox approach to pain management. 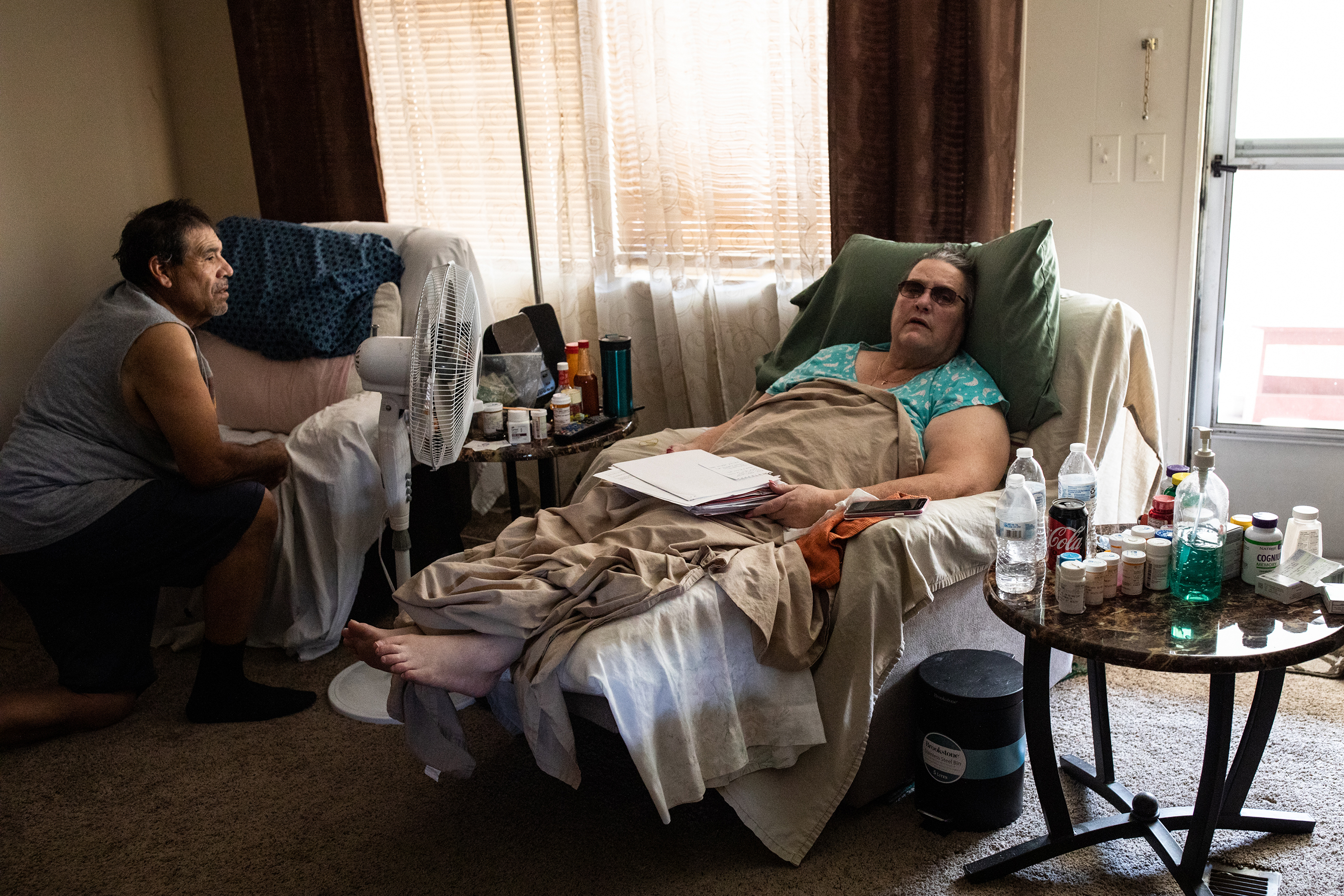 In May 2021, Lags Medical Centers, one of California’s largest chains of pain clinics, abruptly closed its doors amid a cloaked state investigation. Nine months later, patients are still in the dark about what happened with their care and to their bodies.

This includes regularly performing skin biopsies that industry experts describe as out of the norm for pain specialists, as well as notably high rates of nerve ablations and high-end urine tests that screen for an extensive list of drugs. Such procedures and related pathology services at an in-house lab generated millions of dollars in insurer payments in recent years for Lags Medical.

Much of the work at Lags Medical was performed by a relatively small number of nurse practitioners and physician assistants, each juggling dozens of patients a day, according to interviews with former employees. Former patients reported feeling pressure to consent to injections and other sometimes painful procedures or risk having their opioid supplies cut off.

On Feb. 25, Gold and Barry-Jester joined Valley Public Radio’s Kathleen Schock on “Valley Edition” to discuss their findings. In a wide-ranging interview, they described the clinic’s volume of punch biopsies and other unusual medical practices. They also discussed the impact of the chain’s abrupt closure on the Central Valley communities where many of the clinics operated.

You can listen to their conversation here.