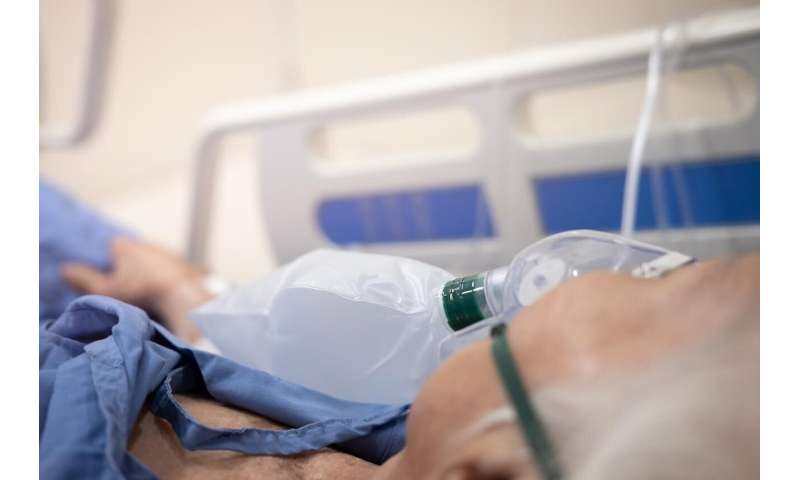 The antibiotic azithromycin may reduce treatment failure in patients hospitalized for an acute exacerbation of chronic obstructive pulmonary disease (COPD), according to a randomized, controlled trial published online in the American Thoracic Society’s American Journal of Respiratory and Critical Care Medicine.

In “Azithromycin during Acute COPD Exacerbations Requiring Hospitalization (BACE): a Multicenter, Randomized, Double-blind, Placebo-controlled Trial,” researchers in Belgium report that adding a low dose of azithromycin to the medicines prescribed while in the hospital and continuing a low dose of the antibiotic for three months after hospitalization reduced treatment failure compared to standard of care alone. The researchers defined treatment failure as the need to intensify treatment with systemic corticosteroids and/or antibiotics, transfer the patient to the intensive care unit or readmit the patient to the hospital after discharge, and death from any cause.

Previous studies have shown that azithromycin prevents acute COPD exacerbations, but whether the antibiotic could reduce the need to intensify care of patients hospitalized for an exacerbation or improve their chances of not having another exacerbation once they left the hospital was unclear.

Wim Jannssens, MD, Ph.D., senior study author, professor of medicine at KU Leuven and a pulmonologist at University Hospitals Leuven, said that the goal of the study was to test whether targeting the highest risk patients for a limited period of time, rather than using azithromycin widely as a chronic preventive treatment for COPD exacerbations, was beneficial to patients.

“We wanted to establish a new treatment option for acute exacerbations with hospitalization as current treatments are clearly insufficient,” he added. “Equally important, we wanted to see whether continuing azithromycin for a relatively short time after leaving the hospital could interrupt the vicious cycle of relapse, even after treatment withdrawal.”

The study enrolled 301 patients at 20 Belgian hospitals. Half the patients were given azithromycin, the other half a placebo, in addition to the medicines their physicians would normally prescribe to resolve the exacerbation. Patients in the azithromycin arm of the study received 500 mg/day for three days while hospitalized, and then received 250 mg twice weekly for three months once they left the hospital.

The study found that the rates of treatment failure were 49 percent for those in the azithromycin group vs. 60 percent in the placebo arm. Because the researchers did not reach their goal of 500 participants, the trial was underpowered to demonstrate statistical significance of its primary endpoint: time to treatment failure.

The researchers also studied the effects of withdrawing azithromycin at the end of three months and found that six months later the clinical benefits of the antibiotic were lost.