For the past two years we’ve all been living a pressure cooking fever-dream thanks to the handy convenience of the Instant Pot, a countertop cooking device that apparently won’t explode in our faces as did the metal stovetop pressure cookers of old (or so I always feared when my mom started cooking beans and told us all to leave the kitchen when she released the pressure valve). Now, Instant Pot is about to rock our world again with a brand new device: the Instant Vortex Plus. 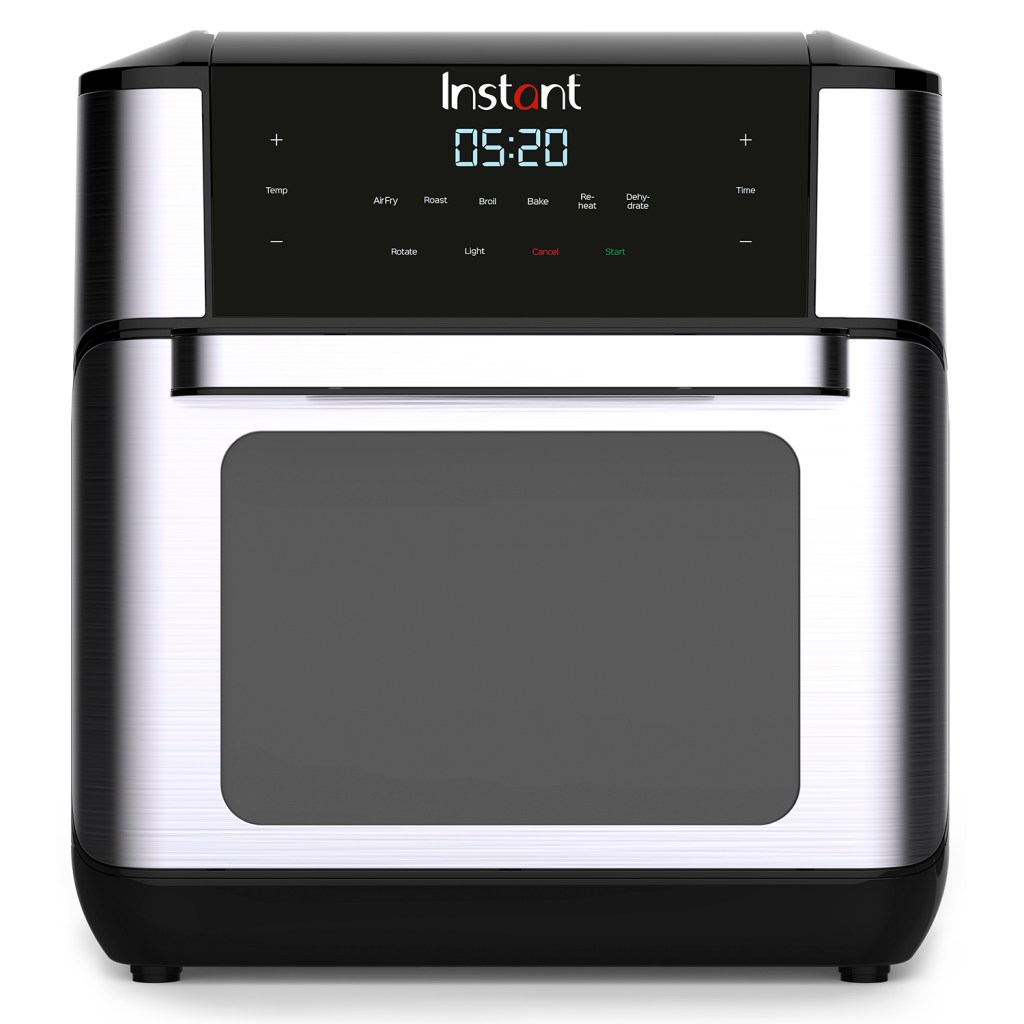 The Instant Vortex Plus is a “7-in-1 Air Fryer Oven” with a 10-quart capacity. Unlike other Air Fryers, which have a fryer basket drawer that you put your food in, this new Instant Pot device looks more like a traditional toaster oven. Add your food to one of the two trays, and it’s cooked in a flash by super-hot air that’s circulated around the ingredients until they’re crispy on the outside, steaming and tender inside.

But you don’t have to stick to air frying. Thanks to the seven different programming options on the Instant Vortex, you’re also able to broil, bake, roast, and dehydrate foods. You can even use it to reheat leftovers, and if you want to get really fancy, there’s even a rotisserie mode so you can rotate a whole chicken while it cooks, so it self-bastes.

If you think that, following the success of the Instant Pot, the Instant Vortex will be popping up in stores everywhere, you’re wrong. Currently, it’s an exclusive item sold only at Walmart for $119. It comes with a drip pan, two cooking trays, a rotisserie spit and forks, a rotisserie basket, and a rotisserie fetch tool so you don’t burn your lil fingers trying to rest your chicken away from the vortex.

The Instant Pot was so popular, and now that air frying is the cool new thing in home cooking, it seems inevitable that the Instant Vortex is about to become the year’s must-have cooking appliance. Now for the real question — buy it now before it sells out, or make someone else buy it for you this holiday season?