The company, rebranded WW last year, in an effort to remove the focus on weight, has introduced a new app designed for adolescents aged 8 to 17. 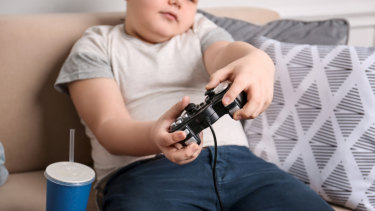 A new app for obese children has parents and experts split.Credit:Shutterstock

The free app, called Kurbo by WW, is currently only available in the United States but “there are plans to launch globally”, a WW spokesperson said. “We will take a thoughtful approach before entering any market.”

Kurbo, based on Stanford University’s paediatric obesity program, claims to help teens and tweens “to reach a healthier weight” by allowing them to track their food choices. Children are asked to choose a goal including to lose weight, make parents happy, get stronger and fitter, have more energy or boost confidence.

The green, yellow and red “traffic light” system then shows them what and how much of certain foods they should eat. An option to upgrade to plans, starting from US$69 per month, provides personal consultations with a virtual “coach”.

Proponents say the program will help tackle the rising obesity epidemic among children.

Of about five million children in Australia, one in four, or about 1.25 million, are overweight or obese.

“We have decades of expertise in scaling science-backed behaviour change programs, uniquely positioning us to be a part of the solution to address the prevalent public health problem of childhood obesity,” the spokesperson said.

Critics are concerned it will promote an unhealthy relationship with food and put undue focus on diet and weight among vulnerable children.

Butterfly Foundation CEO Kevin Barrow said: “Research indicates that dieting is a key risk factor for the development of a clinical eating disorder. It is alarming that Weight Watchers have released an app that has the potential to place children at risk of developing serious mental and associated physical health issues.”

Sydney mum-of-one, Catherine* is “really disturbed” by the app.

“My own disordered eating began when my mum (a dietitian) taught me how to calorie count. It was fine at first, but then I became totally obsessed,” she said.

Her own “very sporty” nine-year-old daughter is “definitely overweight” but she would not consider such an app.

“Rather than introducing her to dieting I am focusing on keeping active and eating everything in moderation,” she said.

Professor Margaret Allman-Farinelli from the University of Sydney can “see both sides of the debate”.

“We have reached this epidemic prevalence of obesity during childhood and adulthood and it is fair to say we need some sort of public health approach,” said Prof Allman-Farinelli.

She’s “not sure” Kurbo is the answer.

“At 8 to 15, they are still children,” she said. “We need to be teaching them about healthy eating and physical activity rather than them thinking about their weight … Apps are not a panacea for children or adults.”

Brisbane mother-of-three Carolyn Tate admits her 15-year-old son is “unhappy with his weight” but “there's no way” she would use the app. 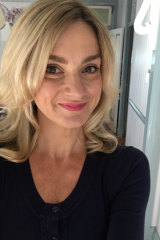 There is ‘no way’ Carolyn Tate would let her son use a weight-loss app.

“I'm working to teach my kids that … their bodies are wonderful for what they can do – and we should treat them accordingly with healthy food and exercise,” Tate said. “Reducing anyone – particularly an impressionable child – to a number on a scale can only do harm.”

Dr Naomi Kakoschke, from the School of Psychological Sciences at Monash University, would “err on the side of caution about recommending it”.

As an educational tool about healthy eating it is “potentially helpful”, but it could also be “problematic”.

“I'd like to know more about the science supporting it,” she said, adding that the period from eight to 17 years old is a “really critical phase of development”.

“Apps are probably best provided as an adjunct to another health support service – a GP, dietitian or psychologist,” she said. “Preferably face-to-face.”

If you or anyone you know is experiencing an eating disorder we encourage you to reach out for support. You can call the Butterfly Foundation National Helpline on 1800 33 4673