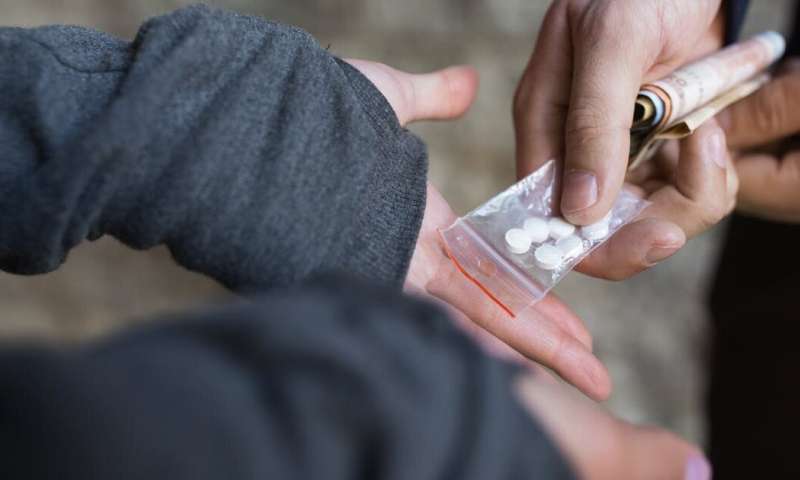 The latest data on UK homicide rates shows that 31% of victims and suspects were “under the influence” of alcohol and other drugs at the time of death. Drugs and alcohol continue to be a convenient scapegoat when it comes to finding blame. But there is still very little being done about other contributing factors—including poverty, cuts to youth services, domestic violence and education.

Homicide rates have been falling around the world and have remained low over the past few years. But they have been rising in England and Wales since 2015 toward levels last seen in the early 2000s. Although we can’t be sure exactly why England and Wales buck the global trend the rise in those carrying knives and other sharp instruments is likely to have played a part, but this isn’t the only factor.

The latest data from the Office for National Statistics shows there were 671 homicides for the year ending March 2019, a small decrease of 5%. But this disguises an increase in homicide incidents of 3% – even though there was a fall in the number of victims.

Fatal knife crime has been rising and has received significant government and media attention. An important aspect of recent debates on the rise in murders is the role that drugs play in these fatalities.

Understanding how a drug-related homicide is determined and defined is important in understanding, not only the data, but how this contributes to policy.

Toxicology tests are carried out to determine whether a victim or suspect is under the influence of drugs. Although advances in toxicology testing have been made, it is not exact. The time lag between drug ingestion and testing creates problems—for example, cocaine metabolizes from between a few hours and up to 72 hours. So heavier and more chronic use of the drug would lead to a longer detection window but traces may have disappeared from those who take smaller amounts by the time toxicology tests are done.

Clearly there is a risk that tests show negative results for cocaine if the testing is carried out after the drug and its metabolites are excreted. This would contribute to an under-reporting of drugs such as cocaine in the data. 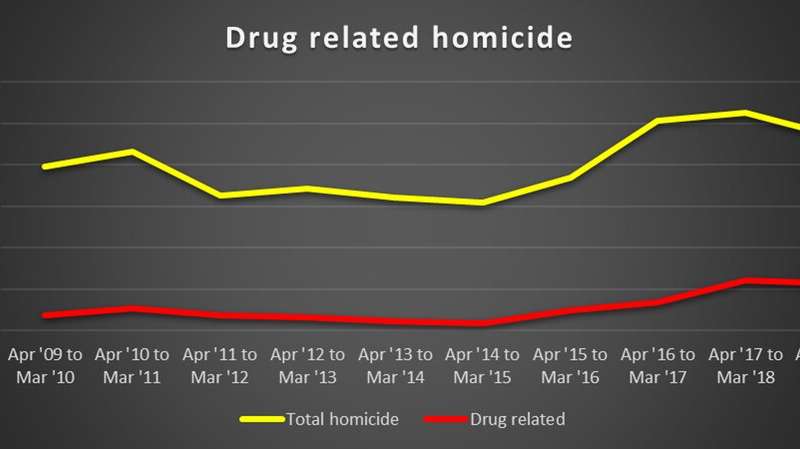 Conversely, traces of cannabis can be detected for weeks after ingestion. Raising the possibility of false-positive testing, where a homicide is deemed to be drug related even though the individual may not have been “under the influence” at the time.

Defining homicide matters, as it is used to indicate the scale of violence within the drug market. However, the data does not explicitly provide evidence that the homicide was based on drug market violence. The relevant factors include: the presence of traces of drugs in the body and being a suspected drug user or a suspected drug dealer.

The problem with this approach is apparent in the Serious Violence Strategy, published by the Home Office in April 2018. The strategy states: “Between 2014/15 and 2016/17, homicides involving known illicit drug dealers and/or users, as either victims, suspects, or both, increased from 206 to 247.”

But we don’t know whether these fatalities were directly linked to the drugs market. The strategy blames the illegal drugs market for the deaths of young people who have been victims of knife crime, but the link between drugs and crime has been exaggerated before.

Although the drugs trade is often linked with violence, there are other underlying factors which contribute to the increased carrying of knifes. These include child poverty, domestic violence, school exclusions and the closing of youth clubs—all of which can be linked to austerity. Surprisingly the strategy makes no reference to the devastating cuts to education and youth services.

Without a more sophisticated analysis of the data to properly measure and monitor how this market is actually operating, we risk using drugs as a scapegoat for violence that arises from other causes. A detailed analysis would help to identify trends, ascertain causes and explore actual solutions.

The government already has some of this analysis. A leaked report in 2018 showed that cuts to police numbers are part of the story. But the Home Office has refused to release the report in full. The All-Party Parliamentary Group on Knife Crime has made the link between council funding cuts and knife crime. And the imminent publication of Dame Carol Black’s review of drug markets should give us a fuller picture.