Stomach cancer mostly affects those aged 75 and over, according to Macmillan Cancer Support. More prevalent in men, the tumour can reveal itself in the colour of your stools.

After going for a number two, check to see if your stools look almost black.

Cancer Research UK state poo may be this colour “if your stomach is bleeding” inside of the body.

Macmillan Cancer Support also lists “black poo (stools)” as one of the signs of stomach cancer.

Having black stools isn’t always a sign you may have stomach cancer, however. Sometimes, it can indicate something different entirely.

Additionally, Healthline state other health conditions could cause bleeding in the stomach, which can result in the darkened colour.

For example, stomach ulcers and gastritis can result in black, tar-like stools. 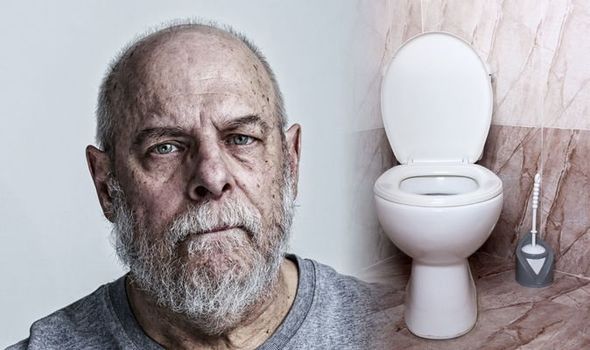 This is because when blood mixes with digestive fluids, it can take on the appearance of tar.

Trivially, even certain foods can lead to black stools – that aren’t caused by bleeding.

But, to be on the safe side, if the toilet bowl keeps showing you black stools – or any other stomach cancer symptoms are occurring – make an appointment with the GP pronto.

Stomach cancer, otherwise known as gastric cancer, takes place in the stomach – a stretchy, muscular bag that stores food and helps break it down (digestion). 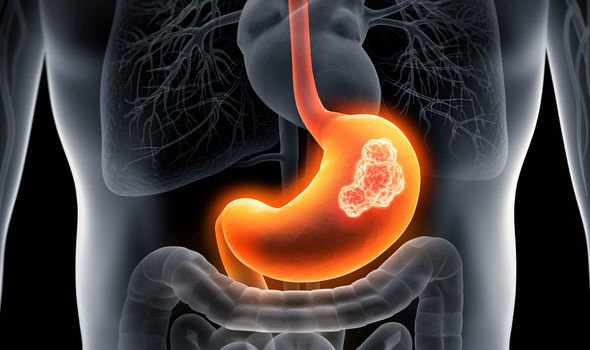 The stomach is located in the upper left-hand side of the tummy area (abdomen), and the most common type of stomach cancer is called adenocarcinoma.

Adenocarcinoma begins in the (mucus-producing) glandular cells of the stomach lining.

In general, the Mayo Clinic state cancers form “when an error (mutation) occurs in a cell’s DNA”.

This genetic mutation causes cells to grow and divide at an uncontrollable rate. 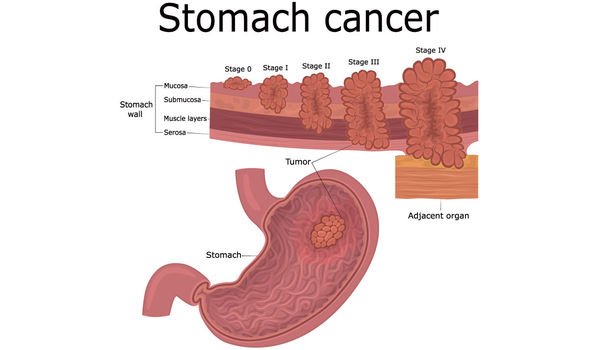 Amassing into tumours, the cancer cells can then invade nearby structures within the body.

When cancer cells break away from the tumour, they can invade different parts of the body while continuing to grow at a rapid rate, creating even more tumours.

This demonstrates why cancer must be diagnosed at the earliest possible stage.

Otherwise, as cancer spreads and begins to destroy more parts of the body, it becomes extremely difficult to treat.