There’s nothing like some mat talk to help you through an endometriosis flare. At least that’s what Sarah Hyland discovered this week.

But let’s back up for a sec: If you’re not a fan of the new Netflix show Cheer, you NEED. TO. GET. ON. IT. (Because there may DEFINITELY be a Season 2 in the works…)

The new docuseries is about the Navarro College cheerleading team. Made by the same director as Netlfix’s Last Chance U, Greg Whiteley, it follows one of America’s top cheerleading team as they get ready to compete at the National Cheerleaders Association national competition in Daytona, Florida.

It follows the stories of some of the team’s members, like Lexi Brumbach, Morgan Simianer, and Gabi Butler, and Jerry Harris, who is known for his super-positive attitude and “mat talk” skills. He’s basically the team’s #1 encourager.

Well, apparently he got word that actress Sarah Hyland wasn’t feeling well. The Modern Family actress, 29, has been candid about her battle with a condition called kidney dysplasia, in which the kidneys, or parts of the kidneys, don’t fully form in the womb, according to the National Institute of Diabetes and Digestive and Kidney Diseases (NIDDK).

She also opened up to People in 2018 about her battle with endometriosis.

Earlier today, Sarah posted a video to her Instagram Stories showing her soaking in her bathtub.

“Morning soak since I’ve been up since 3am with an endo flare-up and have a VERY exciting, dream photo shoot! she wrote in her caption. Earlier in the week, she’d also been suffering from a cold. 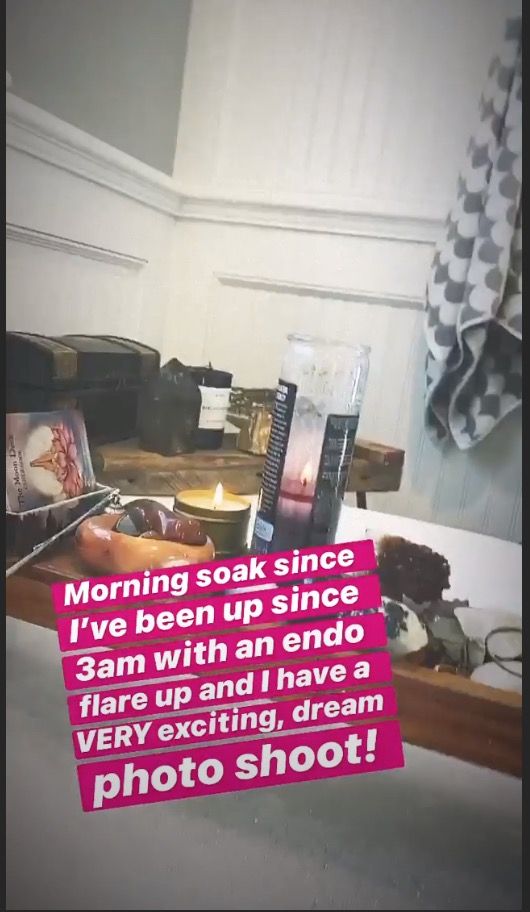 So he sent her a super sweet message via Cameo that she posted to her IG Stories.

And Sarah was loving it! “Omg THANK YOU @jerry.h.arris!!” she wrote.