‘Unsafe’ private slimming clinics give patients inappropriate and unproven drugs with some failing to check if their patients are over 18 first, damning report reveals

The clinics were not telling people their medications were unofficial and some didn’t check whether their clients were over the age of 18 before starting treatment.

A report by the medical watchdog, the Care Quality Commission, said nearly half of clinics were not providing safe care when they were first inspected.

Clinics have a ‘limited awareness of their responsibilities’, the report said, and it warned the prescriptions being doled out were an ‘area of concern’. 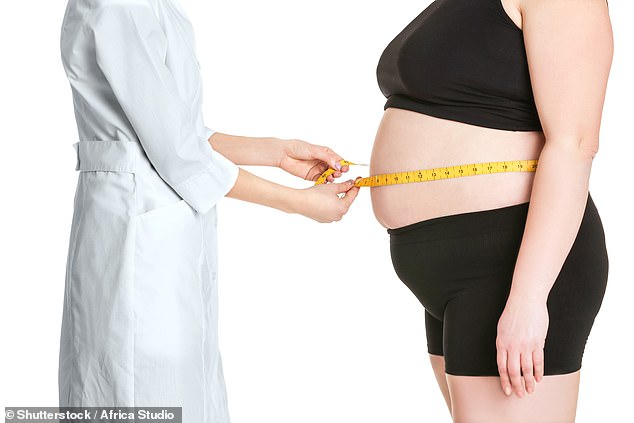 Private weight loss clinics are in some cases giving patients medicines without warning them the drugs are actually used to treat other conditions and may cause side effects, a Care Quality Commission report found (stock image)

‘Too often we saw poor prescribing practice and providers with a limited awareness of their responsibilities not just to their patients but to the wider healthcare system,’ said Ursula Gallagher, a deputy chief inspector at the CQC.

The organisation inspected 38 private slimming clinics and found 42 per cent of them were not providing safe care to their patients.

And almost a quarter (24 per cent) were not meeting regulations for effective care.

In some cases patients were given appetite suppressing drugs even though they did not have a high enough BMI – so weren’t fat enough – for the meds to be recommended.

The medications were also given to people with higher blood pressure than is advisable.

On another occasion, a clinic gave a patient medicine without informing their GP, despite the fact they had a complex long-term medical condition.

Prescription drugs were a particular ‘area of concern’ for the inspectors, who found doctors in the clinics were not always prescribing appropriate drugs.

They used unlicensed medications – meaning they had been approved for the NHS for conditions different to what clinics were using them for.

And, despite laws requiring patients to be told if they’re given unlicensed medicines or ones which might cause side effects, a number of clinics failed to tell people.

Some of the slimming clinics also gave patients drugs for which there was not enough evidence to prove they would work, nor any official advice on using them.

Ms Gallagher added: ‘Everyone providing these types of services has a legal responsibility to offer safe, high-quality care that not only meets the needs of the people using it, but also meets the legal requirements that exist to protect patients.

‘Where this isn’t the case and we see risks to patient safety, we will not, and have not, hesitate to stop providers from operating.

‘I hope this report will help providers and others to identify what they need to do and where they might focus their efforts.’

As of October 2018 there were 57 slimming clinics registered in the UK.

Inspections were carried out between January 2017 and October 2018.

WHAT IS OBESITY? AND WHAT ARE ITS HEALTH RISKS?

Obesity is defined as an adult having a BMI of 30 or over.

A healthy person’s BMI – calculated by dividing weight in kg by height in metres, and the answer by the height again – is between 18.5 and 24.9.

Among children, obesity is defined as being in the 95th percentile.

Percentiles compare youngsters to others their same age.

For example, if a three-month-old is in the 40th percentile for weight, that means that 40 per cent of three-month-olds weigh the same or less than that baby.

The condition costs the NHS around £6.1billion, out of its approximate £124.7 billion budget, every year.

This is due to obesity increasing a person’s risk of a number of life-threatening conditions.

Such conditions include type 2 diabetes, which can cause kidney disease, blindness and even limb amputations.

Research suggests that at least one in six hospital beds in the UK are taken up by a diabetes patient.

Obesity also raises the risk of heart disease, which kills 315,000 people every year in the UK – making it the number one cause of death.

Carrying dangerous amounts of weight has also been linked to 12 different cancers.

This includes breast, which affects one in eight women at some point in their lives.

Among children, research suggests that 70 per cent of obese youngsters have high blood pressure or raised cholesterol, which puts them at risk of heart disease.

And if children are overweight, their obesity in adulthood is often more severe.

As many as one in five children start school in the UK being overweight or obese, which rises to one in three by the time they turn 10.