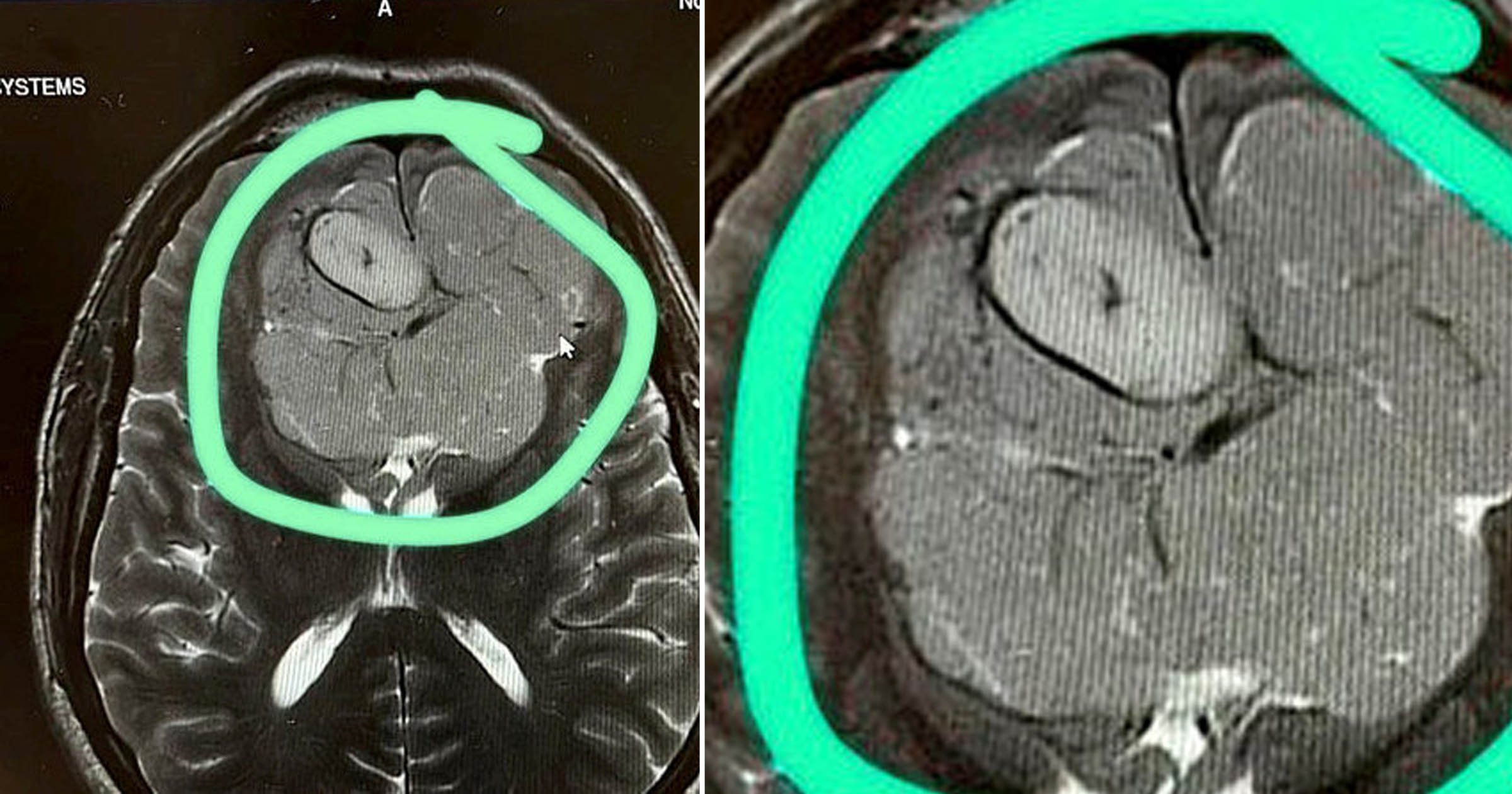 A keen golfer narrowly avoided death after a chance trip to the opticians – as his eye test revealed he had a brain tumour the size of a tennis ball.

The accountant first noticed a problem while playing a round of golf, as he was having difficulty finding the ball despite it being close to him.

Thinking it was nothing serious, he took a trip to his local opticians expecting a routine prescription change – but was stunned when the optometrist spotted a growth behind his right eye.

Jonathan was struggling to see anything when looking to the right with his right eye and when looking left with his left eye, which can be a clear indicator of a brain tumour.

Medics carried out an MRI the next day and found a tumour the size of a tennis ball pushing against the front of his brain.

A week later Jonathan went to the hospital where surgeons removed the large growth in a 14-hour procedure in August 2022.

Jonathan said: ‘I realised that something was wrong with my sight as I was having difficulty finding my golf balls.

‘I could see them from 20 yards away, but when I got closer they would disappear.

‘This was really unusual and quite frightening, so I decided to make an appointment at Specsavers in Stamford to get some advice.

‘I went to Specsavers expecting nothing more serious than a prescription change, so to be told that I had a brain tumour was a complete shock.’

He felt he was lucky to have found the tumour when he did – fearing the outcome could have easily been much worse.

Jonathan added: ‘This experience has really highlighted to me how important it is to speak to a professional when something doesn’t feel right, especially when it concerns your health.

‘If I’d not gone to Specsavers, I may well be in a very different position today and so for that, I’m extremely grateful.’