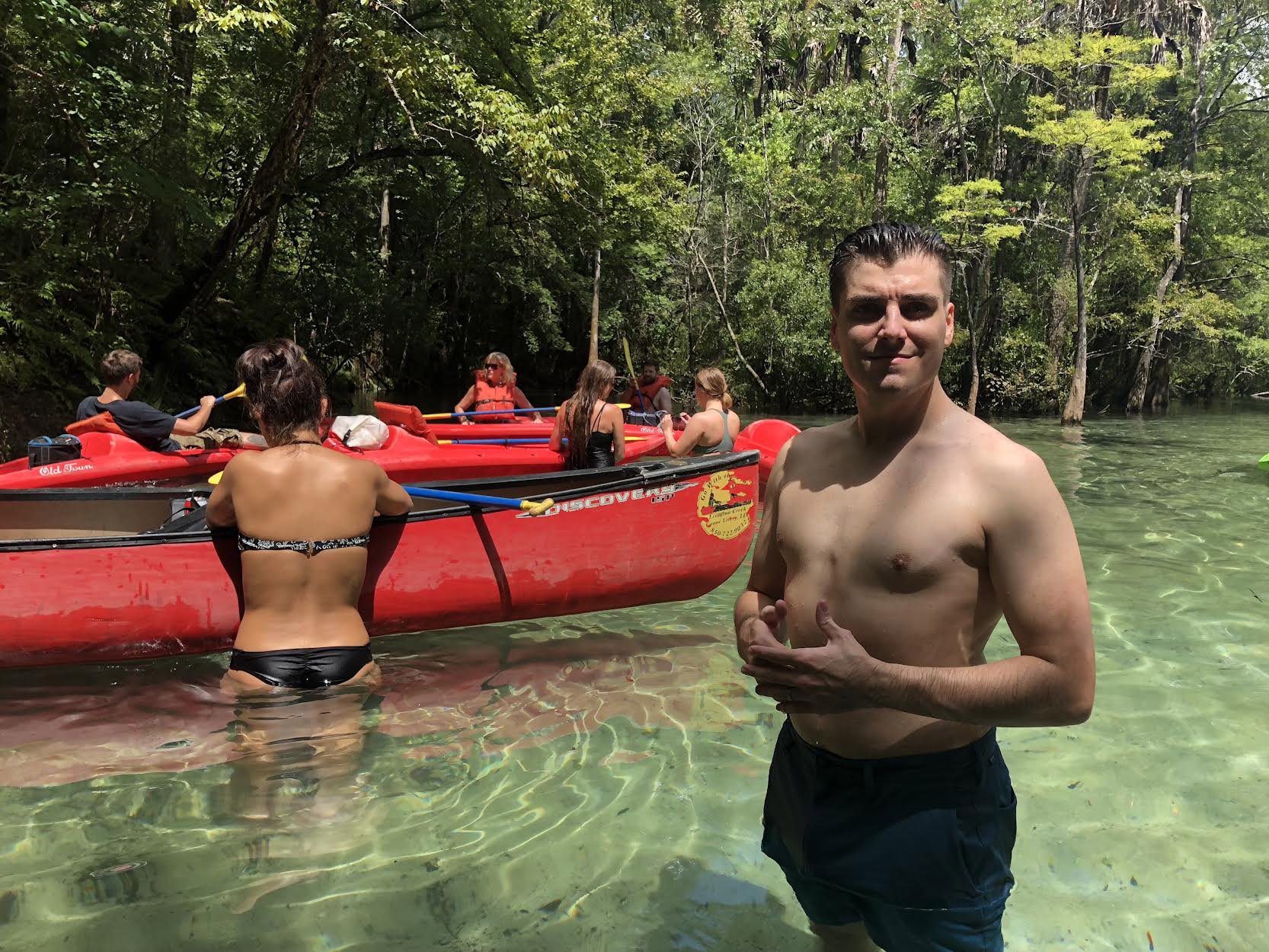 A man who whose allergic reaction was misdiagnosed as eczema has shared his ordeal after quitting steroid creams – with withdrawal symptoms ranging from agonising pain to ‘oozing’ skin.

Christopher Ignas, 32, a sales administrator from Florida, US, broke out in hives as a result of being allergic to an antihistamine in late 2019.

The following year, he was prescribed topical steroids to help treat the inflammation, which he says was misdiagnosed as eczema.

Yet despite applying the cream three times a week for 10 months, the hives grew worse and spread across his body. It was then that Christopher decided to look into his condition.

He stopped taking the antihistamines, which he didn’t realise he was allergic to, and the hives cleared. Stopping using steroid creams, however, led to a number of adverse effects.

Christopher said: ‘The skin on my entire body, from head to toe, turned red and ooze started to weep through my skin.

‘I woke up with my face swollen, including my eyelids and my pillow was soaked with ooze every morning coming from my scalp.

‘I had a bone-deep itch on every inch of my body, where I would scratch until I bled and then my skin started to burn and sting.’

Christopher recalls struggling with insomnia due to the intense need to constantly itch, and wanting to ‘tear off his skin’ as the pain was so agonising.

Where he’d previously been able to soothe his skin with a bath, he says water now feels like ‘acid’ against his skin.

He visited his doctor who informed him that he had ‘severe eczema’, but knowing that something wasn’t right, Christopher visited eight other doctors for a second opinion.

He said: ‘Every single doctor spent seconds looking over me and telling me that I had eczema, so I presented information about topical steroid withdrawal.

‘I was told that it doesn’t exist, even after I explained that the condition is recognised globally. I felt defeated and ignored with every visit.’

The existence of topical steroid withdrawal (TSW) is debated in the medical field, with many practitioners believing it’s as a result of improper corticosteroid use and others seeing the symptoms as an ongoing skin condition rather than a reaction to medication.

The cluster of symptoms (red skin, itching, burning, and flaking) can be prevented by limiting the use of high-strength steroid creams – particularly on sensitive areas like the face or genitals.

Where doctors may be unaware of (or unwilling to acknowledge) TSW, they may not take it into account when prescribing treatment and explaining potential side effects.

Christopher took matters into his own hands and tried a controversial no moisture treatment in an effort to kick start his skin to produce its own moisture.

As well as giving up all medications, he only drank 1.5L of water a day to activate the lymphatic system.

‘This caused my skin to dry up and stop oozing and helped me get on my feet to be mobile again,’ Christopher added.

Although he believes he’s still suffering from TSW, Christopher now says he feels he’s ‘halfway to the finish line’ and that time has been a great healer.

He continued: ‘My skin is still thin, but has stopped oozing and the burning, stinging and itching still exists, but to a lesser degree.

‘I feel I made the right choice by following my instincts and the amount I’ve healed since the start is proof that it’s an agonising journey, but worth it knowing it’s curable.’