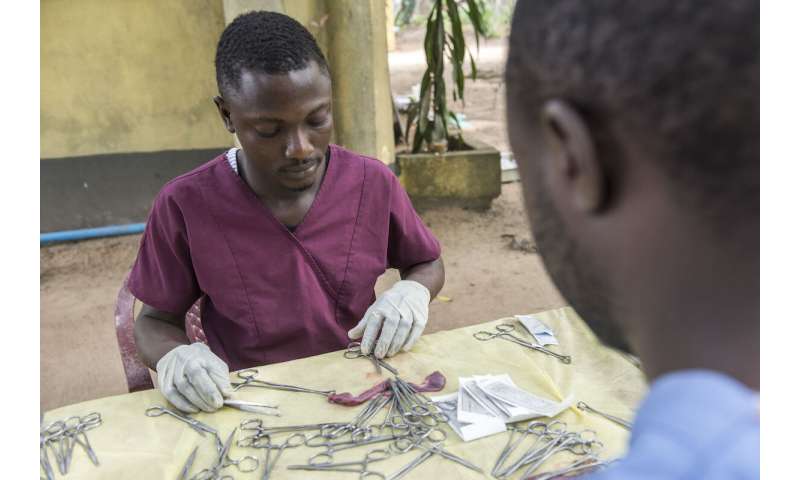 Sierra Leone has one of the highest maternal mortality ratios in the world—for every 100,000 live births, 1360 women will die. In Norway, that number is just 5 women per 100,000 live births; in the US, it’s 14, according to the United Nations Population Fund.

Why are so many women dying in Sierra Leone? The answer is simple: childbirth can be complicated and there are simply not enough health care providers to address the needs of this small West African country of 7 million people.

Before the 2014-2016 Ebola outbreak, just 10 specialist surgeons were available in public hospitals, with about 150 doctors in total.

But there is hope: a new study of more than 1200 women who had C-sections in nine Sierra Leone hospitals shows that community health officers with surgical training are a safe alternative to medical doctors when it comes to outcomes for Caesarean sections. The study was conducted between October 2016 and May 2017, and has just been published in BJS, the British Journal of Surgery.

“Some of these hospitals have just one or two doctors for the whole district,” said the study’s first author Alex van Duinen, a Dutch medical doctor and Ph.D. candidate at the Norwegian University of Science and Technology (NTNU). “Human resources are a major problem. Task sharing—teaching community health officers to provide basic lifesaving surgeries—can improve that.”

Building acceptance in the medical community

Van Duinen’s research is being conducted as part of his work with a non-profit organization called CapaCare, co-founded in 2011 by Håkon Bolkan, a surgeon at St Olavs Hospital and a postdoc at NTNU.

CapaCare offers a two-year training programme for selected community health officers (CHO), with the goal of teaching them to do surgeries such as Caesarean sections, appendectomies and hernia repairs.

After the two years of training, graduates also spend a year as an intern at one of the main hospitals in Freetown, after which they are given the position as a surgical assistant community health officer (SACHO). To date, 31 participants have graduated from the programme, with another 33 in training.

But CapaCare’s work is not as simple as just producing qualified graduates—Sierra Leone’s medical community, health care officials and the population as a whole have to have confidence that the CapaCare graduates can perform surgeries at least as well as medical doctors.

This evidence has to be clear, and provide scientifically documented proof that the training works. So that’s where van Duinen’s research comes in.

Prospective study with a home visit

Other researchers have looked at the issue of task sharing for emergency obstetric care, mainly in East Africa, but most of these studies have been retrospective, which means that researchers essentially look for patterns in medical data that have already been collected.

Nevertheless, all of these studies show that task sharing can work well in places where there are just not enough doctors to go around.

On the other hand, a prospective study like that conducted by van Duinen and his colleagues is seen as much stronger support for the findings from the research.

Researchers in a prospective study decide which data to include before they collect it, which ensures data quality. The Sierra Leone C-section study also included a home visit 30 days after the birth, which allowed van Duinen and his colleagues to see how mother and child were doing in the period after discharge.

“We were able to check some of the outcome data,” van Duinen said. “Home visits were one of the distinguishing factors of our study.”

Three of the mothers and 28 of the babies who were alive when they left the hospital also died in the month after birth, which researchers wouldn’t have discovered without this extra follow up, van Duinen said.

Not inferior to doctors

When all the numbers were tallied, the researchers found 16 postoperative maternal deaths, 15 treated by a doctor and 1 treated by a graduate of the CapaCare programme. 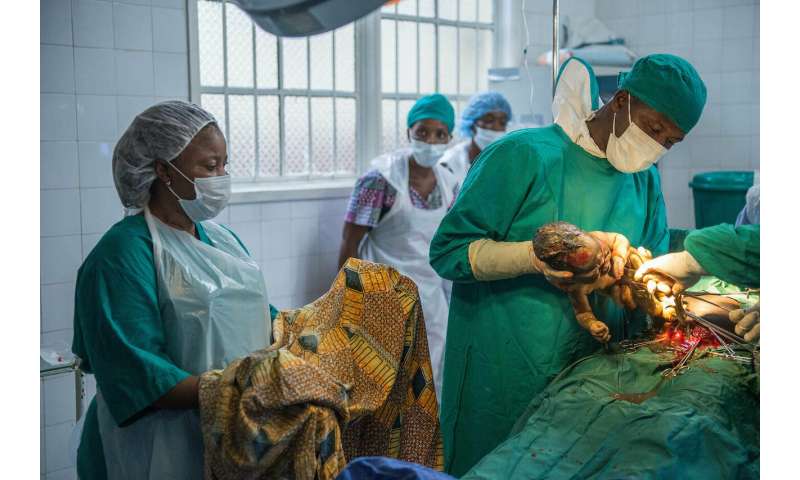 These numbers indicate that doctors may have worse outcomes. “Although our data suggest that patients treated by doctors and graduates were mostly similar, doctors may have treated more of the complicated patients,” van Duinen said.

The difference in the mortality numbers is also due to the fact that there were 50 doctors in the study compared to 12 graduated clinical officers. These 50 doctors performed 831 C-sections that were included in the study, or two-thirds, compared to 443 performed by the graduates. Of these surgeries, 85 per cent were done as emergency surgeries.

However, the mortality numbers and the number of emergency surgeries are “still very high,” van Duinen said, but there are also reasons for that.

“There’s a huge disincentive for women in the districts to come into the hospital to give birth,” he said. “That’s why the outcomes are so bad.”

Very often, he said, women will wait until the absolute last minute to come in for care, because it may be too costly for them to both travel and get treated at the hospital. They may also be afraid of coming to the hospital because of concern of what they might find there—it was not that long ago, for example, that Ebola ravaged the country’s health care system, during which more than 14000 people were infected and 4000 died.

“The message is that there is a slight difference in the two groups, because the doctors may get the more complicated cases, but overall we see that there is non-inferiority,” van Duinen said.

Kismet in the jungle

The first week he was at Masanga, van Duinen met Bolkan with the first CapaCare student who was just beginning his training.

The idea of training non-doctor medical personnel to do emergency surgeries—task sharing—was already something he knew about. During his medical training in the Netherlands, he was sent to Malawi for an internship, where the practice is well established.