Theresa May claims UK’s ‘strong public finances’ and taking back control of Britain’s money after Brexit will allow the NHS to receive its extra £20.5billion a year as she unveils the full 10-year plan

Theresa May has launched a 10-year plan for the future of the NHS and said leaving the EU will help fund improvements to the health service.

Speaking at Alder Hey Children’s Hospital in Liverpool this afternoon, Mrs May set out ambitious new plans drawn up by the Government and NHS.

The report, published today, breaks down how the £20.5billion a year promised by Mrs May will be spent until 2029, with claims it will save 500,000 lives in that time.

The Prime Minister said ‘strong public finances’ and not sending ‘vast annual sums to Brussels’ will finance the NHS of the future. 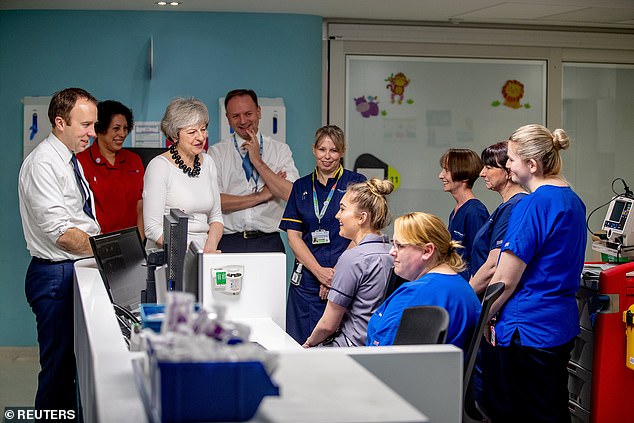 Prime Minister Theresa May announced the launch of the NHS’s 10-year plan at Alder Hey Children’s Hospital in Liverpool this afternoon, where she said not sending ‘vast annual sums to Brussels’ would help to finance the NHS of the future (pictured, Mrs May with NHS staff, Health Secretary Matt Hancock (left) and NHS chief executive Simon Stevens)

Dozens of protestors gathered outside the hospital as Mrs May arrived for the much-awaited announcement.

The Prime Minister said today marked ‘an historic occasion’ and would ‘secure the health service for generations to come’.

Due to have been published in December but delayed because of work on Brexit, Mrs May commissioned the plan last year after pledging to spend an extra £20.5bn per year on healthcare by 2023/24.

The first of that rise, an expected £6bn to add to the current budget of around £115bn, will be seen in the next financial year.

During her speech at Alder Hey, Mrs May said: ‘This commitment is possible because of our strong public finances and because, as we leave the EU and take back control of our money, we will no longer be sending vast annual sums to Brussels.’

Among the highlights of the plan are digital GP appointments for all, exercise and healthy living programmes for 100,000 people a year, and interventions for drinkers. 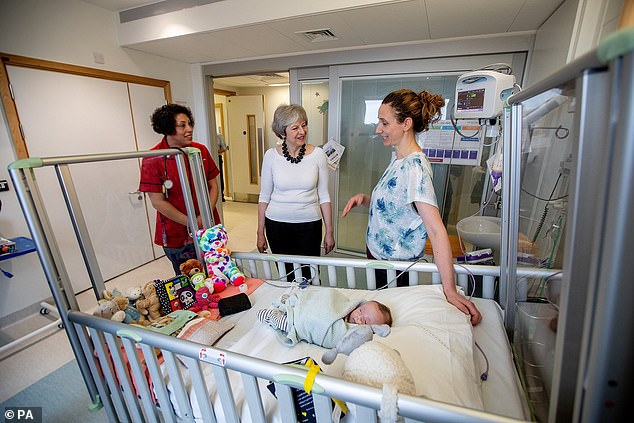 Mrs May met staff and patients at Alder Hey Children’s Hospital in Liverpool, where she spoke at midday to announce the official plan for ‘the NHS of the future’ 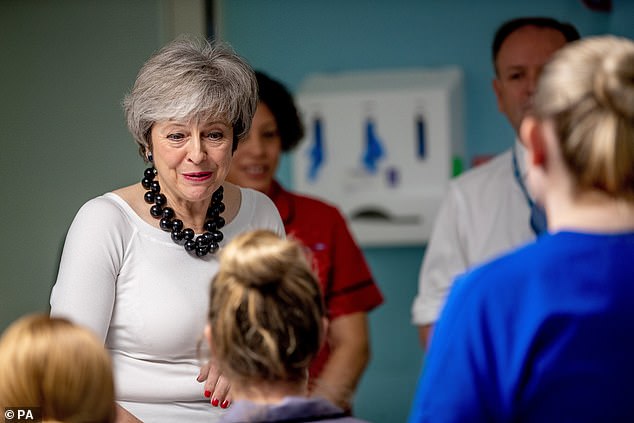 Mrs May said in her speech spending more money on mental health care to put it on a par with physical health was one of her six top priorities – the plan shows an extra £2.3bn a year will be spend on people’s mental health 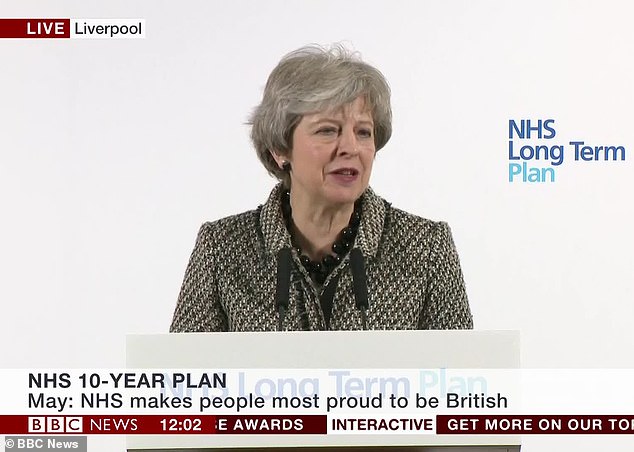 The NHS 10-year plan was launched today, on politicians’ first day back after Parliament’s Christmas recess – the plan was expected to be published in December but was delayed because of negotiations related to Brexit 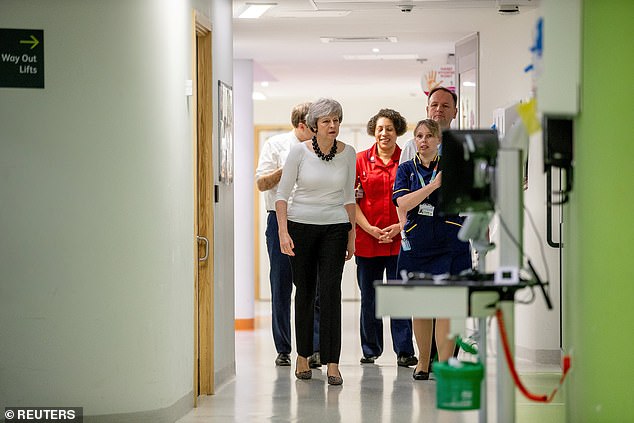 Increasing use of technology was also one of Mrs May’s priorities, and computers with artificial intelligence will be used to help treat and diagnose people who have had heart attacks, strokes or are at risk of developing dementia 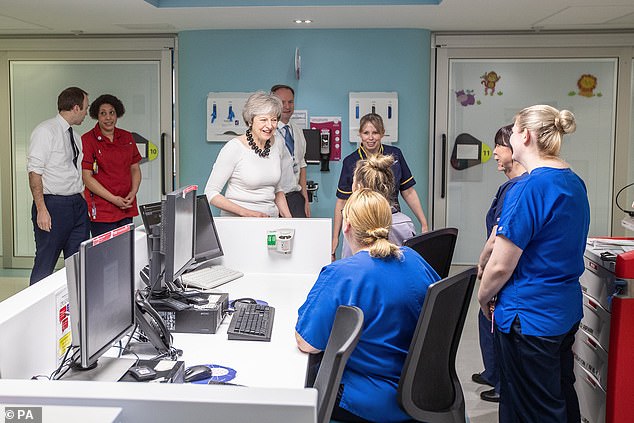 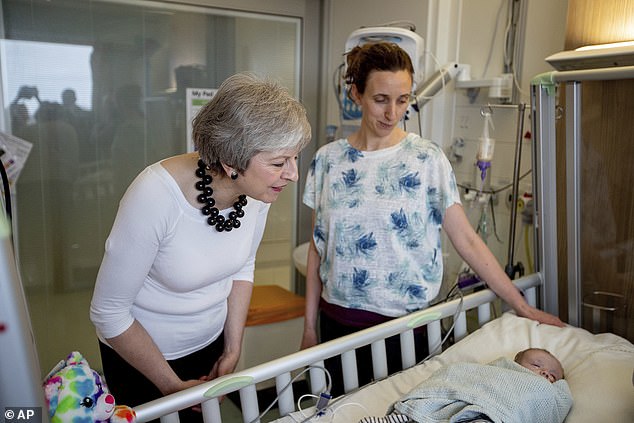 The 10-year plan has set out ambitions to improve maternity care, including hiring more nurses and specialist staff, in order to ‘make the UK the best place in the world to give birth’

Mrs May said she was pleased to see her six priorities for the health service were reflected in the plan drawn up by health chiefs.

These included reducing variation across NHS organisations so ‘world class care’ reaches all patients; better support and recognition for staff, the ‘lifeblood’ of the service; greater use of technology; and more mental health support than ever.

Highlights of the plan include tackling childhood cancers, treating big killers heart disease, cancer and dementia, and cracking down on alcohol and smoking.

By 2029, the NHS hopes changes made as a result of today’s plan will mean 85,000 fewer people die each year from preventable causes.

HOW WILL THE PLAN SAVE LIVES? THE AMBITIONS IN NUMBERS

The NHS and Government say their new 10-year plan will save up to 500,000 extra lives over the next decade.

This is how they hope to do it: