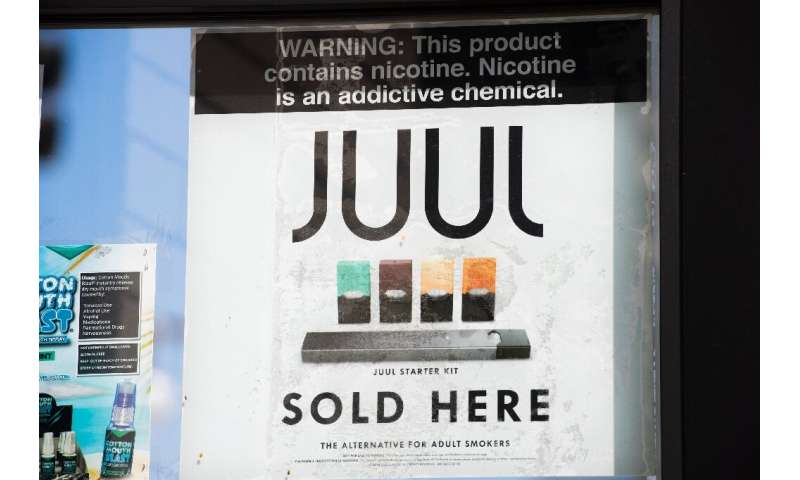 Electronic cigarette maker Juul Labs on Monday said it will cut jobs as part of a restructuring plan, with the threat of a US vaping ban on the horizon.

The San Francisco-based company was growing rapidly before the apparent health dangers of e-cigarettes ignited alarm. Juul was reported to finish last year with about 1,500 employees, and said it hired an average of 300 people a month this year.

“To right-size the business, the workforce will be reduced between now and the end of the year,” Juul said in response to an AFP inquiry.

It would not disclose how many jobs it expected to cut, but a Wall Street Journal report indicated the company planned to eliminate approximately 500 positions.

“As the vapor category undergoes a necessary reset, this reorganization will help Juul Labs focus on reducing underage use, investing in scientific research, and creating new technologies while earning a license to operate in the US and around the world,” Juul CEO CK Crosthwaite said in a statement.

Layoffs would be spread across departments, but hiring would continue for certain positions, according to Juul.

Government affairs, clinical, and corporate responsibility teams at Juul will be consolidated under chief regulatory officer Joe Murillo and focus on “earning trust with regulators, policymakers and government officials worldwide,” the company said.

Juul technical teams including hardware, software and design will be combined in a product team, according to the plan.

A debate over regulating e-cigarettes comes amid a mysterious epidemic of lung conditions linked to vaping that has claimed the lives of at least 33 people in 24 states.

A tally by the Centers for Disease Control and Prevention put the number of confirmed or probable lung injury cases at 1,479 as of October 15.

THC, the active ingredient in cannabis, was involved in more than three-quarters of cases in which patients reported using e-cigarettes in the three months prior to their injuries.

E-cigarettes have soared in popularity among young people since they were introduced about a decade ago, according to multiple surveys.

The industry defends vaping as a healthier alternative to cigarettes that can help people quit smoking. But lawmakers around the country, and overseas, are seeking to impose total or partial bans.

President Donald Trump’s administration has chosen the path of barring flavored e-cigarettes, including the popular mint and menthol flavors.