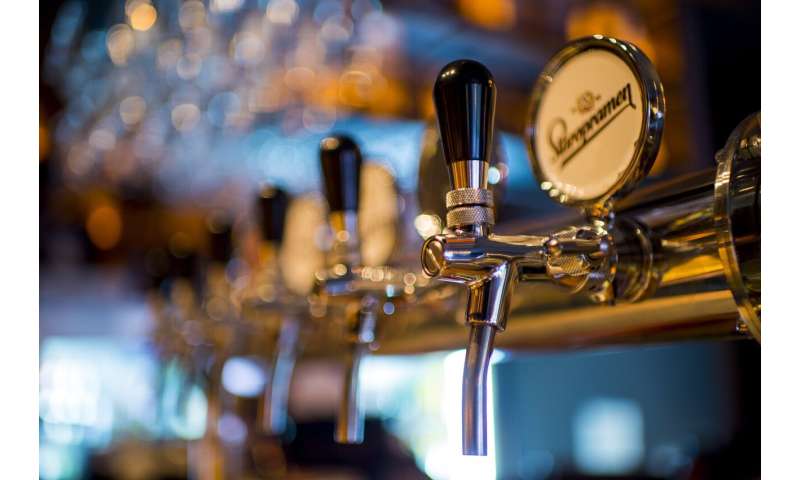 The alcohol industry is increasingly funding academic research into the impacts of alcohol consumption—with some studies making claims about the health benefits of alcohol, new research suggests.

The study found that since 2009, there has been a 56% increase in research funded by alcohol companies or affiliated organisations.

The scale of alcohol industry sponsorship of scientific research raises concerns over the potential for bias, conflicts of interest and selective reporting of outcomes, the researchers say.

The research team from the University of York found just under 13,500 studies are directly or indirectly funded by the alcohol industry.

Co-author of the study, Dr. Su Golder from the Department of Health Sciences at the University of York, said: “Our study identified a worrying trend—While there has been a steep decline in the alcohol industry conducting its own research on health at the same time there has been an increase in the alcohol industry funding such research, by providing financial support to researchers or via alcohol related organisations.

“This allows alcohol companies to exploit a ‘transparency loophole’ as many people assume these organisations are charities and don’t realise the connection to the industry.

“While there are many legitimate fields for research funded by the alcohol industry—such as studies into ingredients and environmental impacts—their involvement in health research is particular cause for concern. Many of these studies make claims about the protective cardiovascular effects of alcohol and suggest that substance abuse problems are down to individual choices rather than industry behaviours.”

The researchers believe that the level of alcohol industry involvement in research they uncovered is likely to be just the tip of the iceberg.

Co-author of the study, Professor Jim McCambridge from the Department of Health Sciences at the University of York, added: “While researchers are meant to declare funders in peer reviewed research publications this often doesn’t happen and we don’t get the level of transparency we should have.

“It is well known that by sponsoring research pharmaceutical and tobacco companies successfully conspired to subvert the scientific evidence-base in order to influence policy for decades and so, while more research is needed, the scale, nature and breadth of the alcohol industry’s influence on scientific research provides cause for concern.

“While alcohol companies may claim they are carrying out a civic duty through their funding of research, these are studies that independent academics would be much better placed to conduct.”