Thanks to advances in scientific knowledge, along with technological and economic progress, more than ever before people have a greater understanding and access to the lifestyle choices that will extend their life expectancy. It has long been understood that exercise provides myriad health benefits, and research is increasingly shedding a light on the types of exercise that are most conducive to a long life.

A recent study published in the Journal of the American Medical Association Network Open makes a strong case for engaging in cardiorespiratory fitness to increase longevity.

Cardiorespiratory fitness relates to any exercise that gets the heart and lungs working, such as:

According to Cleveland Clinic researchers, who retrospectively studied 122,007 patients who underwent exercise treadmill testing at Cleveland Clinic to measure all-cause mortality relating to the benefits of exercise and fitness, cardiorespiratory fitness overwhelmingly came out on top. 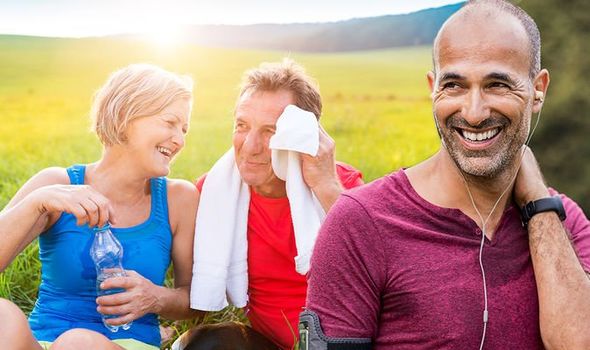 The study found that increased cardiorespiratory fitness was directly associated with reduced long-term mortality, with no limit on the positive effects of aerobic fitness.

Most significantly, the study found that extreme aerobic fitness was associated with the greatest benefit, particularly in older patients (70 and older) and in those with high blood pressure.

A consistent high blood pressure is associated with an increased risk of cardiovascular complications, such as heart disease – a major killer in the UK and worldwide.

“Aerobic fitness is something that most patients can control. And we found in our study there is no limit to how much exercise is too much,” said Wael Jaber, M.D., Cleveland Clinic cardiologist and senior author of the study.

DON’T MISS
Norovirus warning: The drink that could give you the highly-contagious winter vomiting bug [INSIGHT]
Lung cancer symptoms: Three major clues in a person’s hands that could signal the disease [INSIGHT]
How to get rid of visceral fat: Best diet to reduce the harmful belly fat – what to avoid [TIPS]

Bolstering the findings, the risks associated with poor cardiorespiratory fitness was comparable to or even exceeded that of known risk factors, such as cardiovascular disease, diabetes and smoking.

In addition to engaging in exercise, eating a healthy, balanced diet also helps to boost your longevity.

As a general rule, foods that protect your heart, will also boost your brain health and help you to maintain a healthy weight.

The mediterranean diet has been singled out for its heart-healthy benefits and, underscoring the importance of eating this diet alongside exercise, a recent study also shows that it can boost endurance exercise within days. 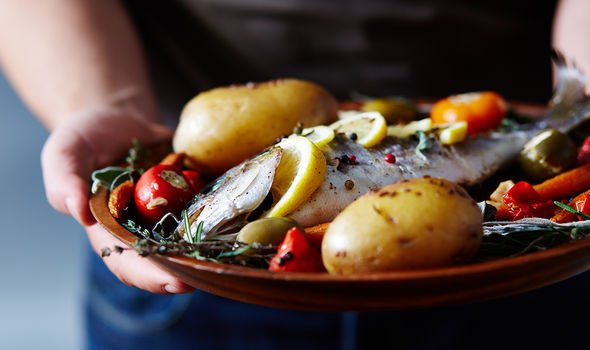 In a small study published in the Journal of the American College of Nutrition, investigators found that participants ran a 5K six percent faster after eating a Mediterranean diet than after eating a Western diet.

According to the study, a Western diet as the Western diet is characterised by low intake of fruit, vegetables and unrefined or minimally processed oils and high intakes of trans and saturated fats, dairy, refined sugars, refined and highly processed vegetable oils, sodium and processed foods.

Breaking down the health benefits of eating a Mediterranean diet, senior researcher Edward Weiss, Ph.D., professor of nutrition and dietetics at SLU attributes the benefits the diet’s anti-inflammatory and antioxidant effects, and source of alkaline pH and dietary nitrates.

Antioxidants are compounds that are thought to play a role in protecting against heart disease by interfering with molecules known as ‘free radicals’ that can cell damage.

As Weiss explained: “Many individual nutrients in the Mediterranean diet improve exercise performance immediately or within a few days. Therefore, it makes sense that a whole dietary pattern that includes these nutrients is also quick to improve performance.”

In his concluding remarks, Weiss said: “This study provides evidence that a diet that is known to be good for health is also good for exercise performance,” Weiss said.

“Like the general population, athletes and other exercise enthusiasts commonly eat unhealthy diets. Now they have an additional incentive to eat healthy.”