A radioactive paste that sets like Tipp-Ex could save thousands of skin cancer patients from painful surgery.

The liquid remedy is rubbed on cancerous lesions and forms a hard crust in seconds – just like the typewriter correction fluid. Radioactive particles inside the paste then destroy cancerous cells in the skin.

After the treatment, the paste is removed and further therapy is rare.

Now a UK trial is under way to see if the groundbreaking technique can slash the number of NHS patients needing surgery for non-melanoma skin cancers. 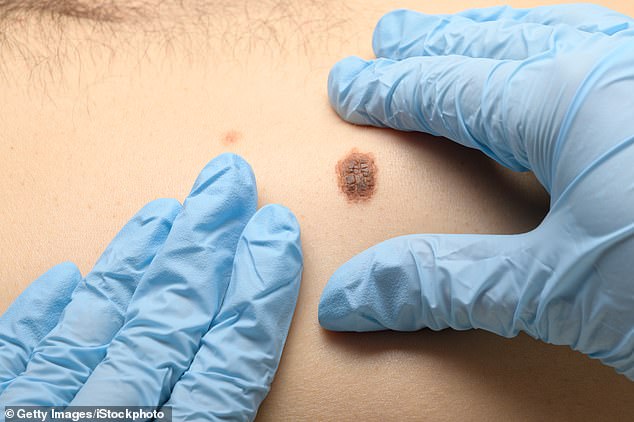 A radioactive paste that sets like Tipp-Ex could save thousands of skin cancer patients from painful surgery. File photo of visual examination of the mole for the presence of malignant skin tumours 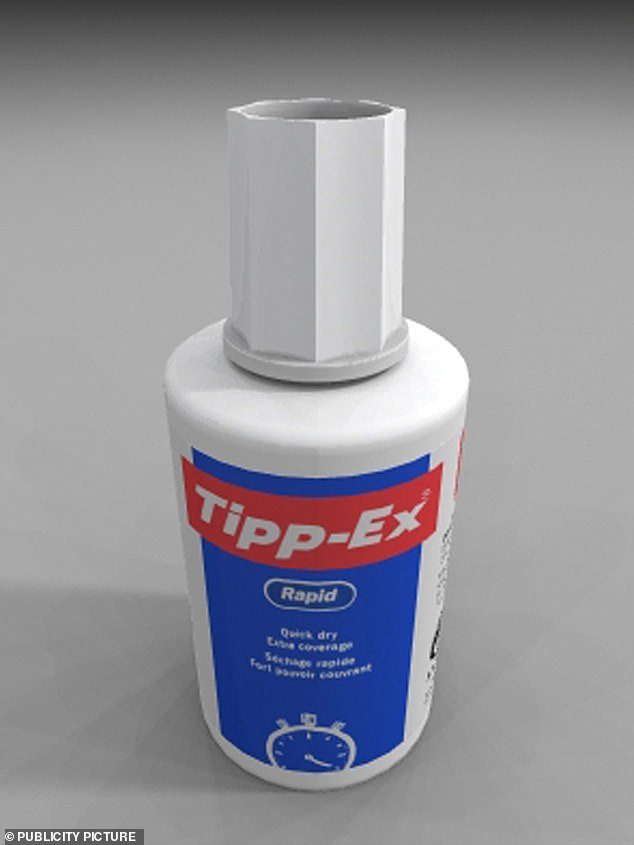 These are mostly triggered by over-exposure to ultra-violet light from the sun or tanning beds, and affect nearly 150,000 people a year in the UK.

Non-melanoma skin cancer cases are rarely life-threatening – unlike the more dangerous malignant melanoma – but still kill some 700 people a year.

In about one case in 20, they spread elsewhere, requiring chemotherapy.

Doctors usually remove the lesions under a local anaesthetic, along with some surrounding skin to gather up any tumour cells that might have spread.

Although this can be done by a GP, it can leave a scar, requiring a skin graft to mask the damage. But the new treatment, a kind of liquid radiotherapy, could mean patients avoid surgery.

‘This could benefit an awful lot of people,’ said Dr Nicola Mulholland, a consultant in nuclear medicine who is leading the UK arm of the international trial at King’s College Hospital, London,

‘Non-melanoma skin cancer is the most common form of cancer in the UK and rates are increasing sharply with the ageing population.’ 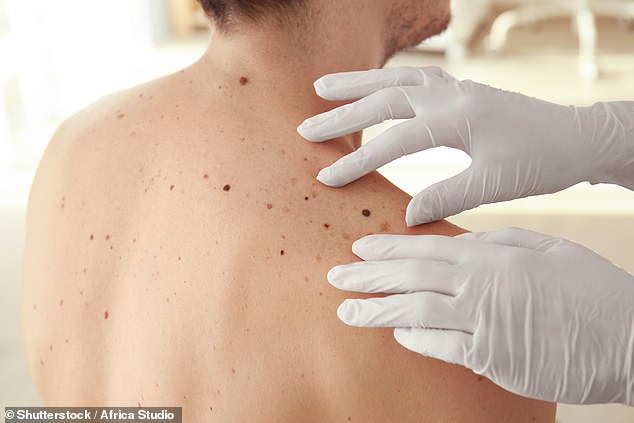 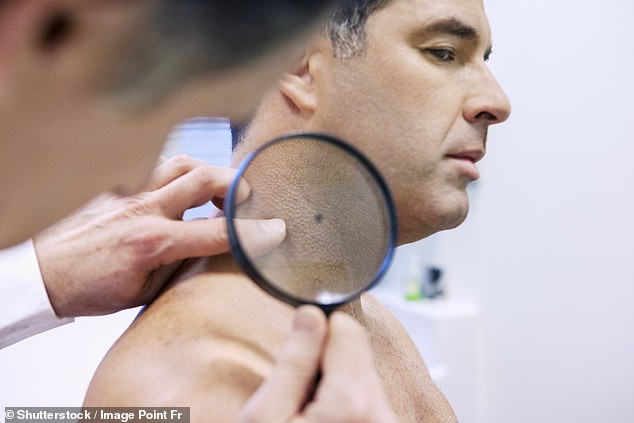 In about one case in 20, they spread elsewhere, requiring chemotherapy

But non-melanoma forms have a lower profile. The slow-growing lesions start out as a lump or discoloured patch. Many patients have them removed by their GP, but the NHS still spends about £150 million a year for severe cases.

Experts hope many of those could be avoided thanks to the new treatment – called rhenium radionuclide therapy.

‘It’s a bit like Tipp-Ex – once you paint it on, it crusts over in a few minutes,’ says Dr Mulholland. ‘We leave it on for one to two hours and then remove it… and the patient is free to go home.’

However, it can cause bleeding, swelling and a reddening of the skin.

Doctors stress it is unlikely to be suitable for malignant melanomas.

Finola Cronin, 77, from Chislehurst in South-East London, was one of the first people in the UK to be treated with the radioactive paste after doctors offered her the chance to have that rather than surgery.

She says: ‘There was no pain or discomfort and all I could feel was the doctor brushing it on. All I had to do was lie still for an hour. It was much better than having to undergo surgery.’