New tech often stumbles out of the gate, and the full potential of a particular type of gadget isn’t realized until the second or third version of the device. Fitbit’s excellent new Versa 2 smartwatch is a fine example of this phenomenon (although the first iteration, which was released in 2018, was by no means a failure).

But new key improvements like a bigger, brighter AMOLED screen, a zippy new processor that makes on-screen navigation noticeably quicker, and a built-in Amazon Alexa integration makes the Versa 2, which drops later this month on September 15, a more fully-realized smartwatch.

The Fitbit Versa 2 is an improvement to the Versa line in almost every way. Adding Amazon Alexa, a bigger, brighter screen, and a faster processor make this a smartwatch to beat.

The Versa 2 looks just like the other two entries in the line, the Versa and Versa Lite Edition. The new edition has an enlarged AMOLED screen (which generally have deeper blacks than the commonly used LCD, since individual pixels are lit up instead of a backlight), which I found easy to read both at a glance in a dark room and out in the bright sunlight of a late summer day on a run. A smartwatch design with rounded edges and a bright AMOLED screen also bears more than a passing resemblance to the now-classic Apple Watch, which is ultimately a good thing. Smartwatches are becoming ubiquitous largely thanks to market leader, and keeping the design profile close makes it even easier to entice people to opt for the Fitbit if they don’t want to spend over $200, or if they’re not in the Apple ecosystem at all.

The new smartwatch feels light on the wrist even with the larger screen, and its bands, which are compatible across the entire Versa family, are sturdy and easily swappable. When Fitbit debuted the Versa 2 at an event earlier this summer, company brass was eager to tout the new processor under the hood.

Once I began to field test the device, I understood why. Previous generations of the Versa weren’t necessarily slow, but the onscreen reaction to navigational swiping and tapping sometimes felt disjointed. The Versa 2 is fast, its haptic feedback is strong in the right places, and the watch’s layout is logically oriented so starting to track an activity or setting a timer are uncomplicated processes. New smart features like a Spotify app, which allows you to control your music on your wrist, and Fitbit Pay (which was previously only available on the Special Edition version of the Versa) work like a breeze.

Fitbit claims that the Versa 2’s battery lasts for five full days (or two with the new always-on setting enabled), and my testing found that the device can even exceed that number. I strapped it on for the first time on a Tuesday and didn’t have to charge it again until the following Sunday, giving me nearly six full days of performance. This battery life is the key to Fitbit’s sleep tracking prowess and a major incentive for people who want a low-maintenance smart device, who are sick of constantly fretting over charging schedules.

Getting Even Smarter Assistance

Of course, the Versa 2’s biggest addition makes it so that you don’t even have to use manual input. The Amazon Alexa integration, made possible by a new built-in microphone, gives Fitbit an answer to Siri and other wearable smart assistants, finally giving the device an extra feature that helps to raise it out of the health and fitness-only category and into that of a more functional smart device. 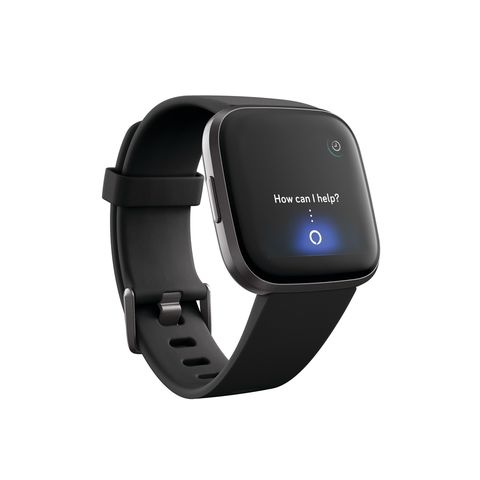 Working with the smart assistant is relatively seamless. You can’t cue up the assistant with a vocal command, like Amazon’s line of smart speakers, but waking Alexa with the Versa 2’s button or simply swiping down on the shortcut menu takes less than a second. You ask your question or give a command, and the answer or confirmation pops up on the watch screen—unfortunately, she doesn’t talk back. I found that Alexa is responsive, and can recognize commands even at low volumes, like when I murmured to ask for the weather in the middle of my quiet office.

Setting alarms was easy, and even general knowledge questions, like how many feet are in a mile and how many movies has Nicolas Cage appeared in had quick responses. The only issues I had with the digital assistant was when I forgot to keep the Fitbit app running in the background on my phone, which is easily solved.

Improved for Action and Rest

Activity tracking with the Versa 2 is easy, and if you’re already in the Fitbit ecosystem, you’ll know what to expect. I spent most of my time with the running and weightlifting functions, which gave solid (if unremarkable) data.

Fitbit’s automatic tracking feature works well—when it works. I visited my sister in Washington, D.C. while I was testing the watch and took two bike commutes spent lots of time walking. The Versa 2 picked up one of the bike rides one of the walks and classified them correctly, but missed out on the others. I wasn’t even trying to do the activities for exercise or raise my heart rate, though, so I was fine with how it functioned. 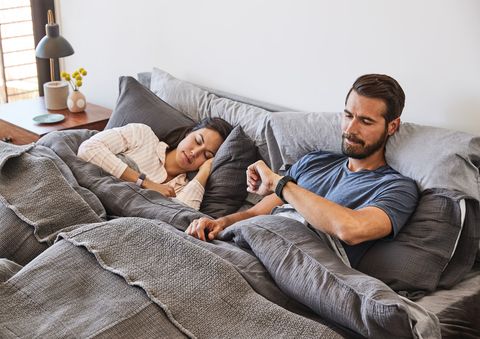 Fitbit’s major advantage over Apple (at least for now), sleep tracking, has been improved with a Sleep Score, which is based on your heart rate, restless and awake time, and sleep stages, that makes it easier to understand your rest beyond just the amount of time you were out. Sleep Insights, which have been around for a while now, are still too generalized to be truly useful, but give actionable advice to improve your rest if you’re game to make adjustments to your bedtime routine.

The biggest expected improvement to Fitbit’s data collection, the recently announced Fitbit Premium service, still hasn’t launched. Once that is in place, you might be able to use the info tracked by the Versa 2 with more guidance, but the jury is out on how it will actually work until the company begins the program later this year.

The Versa 2 is by far the smartest gadget Fitbit has made to date, and that puts the company in the sights of its bigger, flashier competition. The smartwatch isn’t perfect—it’s still missing built-in GPS functionality, the Fitbit OS App Gallery is still unimpressive, and the charger is annoying to use—but the Versa 2 does far more than serve as a serviceable step up from a basic tracker.

That’s the biggest knock on the first version of the Versa. The watch was serviceable—good, even—but it was totally clear what it was: A fitness-focused budget smartwatch for those not willing to drop serious cash on the market leader.

With the new features, faster performance, and the screen glow-up, the Versa 2 is a legitimate upgrade from the first edition. Fitbit still has a ways to go to truly challenge Apple, but the Versa 2 presents an appealing package—at $200 cheaper than the base level Apple Watch Series 4—for people looking for something that does more than just tell the time and track their steps.