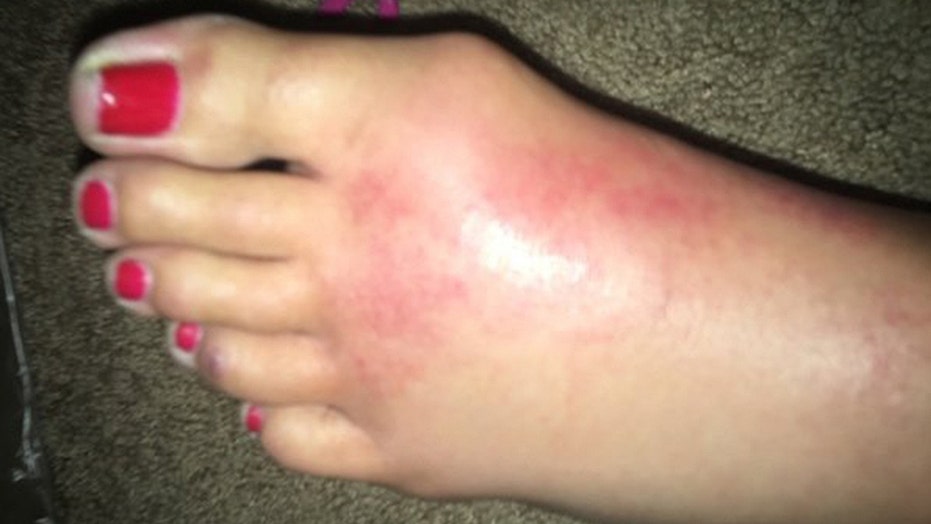 While the majority of cases diagnosed as flesh-eating bacteria involve a body of water, one California woman who lost the majority of muscle and skin on her left foot said the origin of her infection remains a mystery. 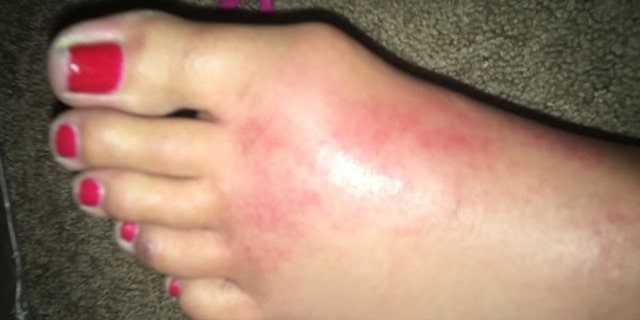 Guastucci said while celebrating the Fourth of July she suddenly felt a severe pain in her foot followed by swelling.
(Courtesy of Noelle Guastucci)

“I retraced my steps and it’s still a mystery to the origin,” Noelle Guastucci, of University Heights, told Fox 5 San Diego.

Guastucci, who was released from the hospital on Wednesday after nearly two weeks of care, said doctors told her that if she waited until the next morning to seek help she possibly could’ve lost her life.

Guastucci said it started with what felt like an internal bruise on the Fourth of July, which quickly progressed on the pain scale and was accompanied by intense swelling. Within two minutes her foot had ballooned to a size she knew required medical attention. 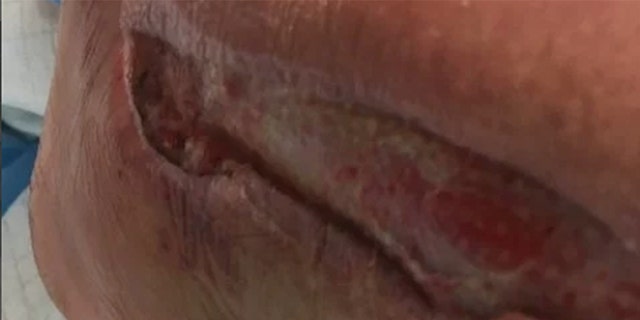 She said that within two minutes it swelled to a size she knew required medical attention, and she was rushed to Kaiser Permanente.
(Courtesy of Noelle Guastucci)

She was rushed to Kaiser Permanente where doctors worked to control her infection and stop it from spreading. At its worst, Guastucci’s foot bones were nearly exposed.

“I was facing possibly amputation,” she told the news outlet. “I was told if I waited very many hours, until the next morning from the middle of the night that I would’ve possibly lost my leg.”

The necrotizing fasciitis cases, or flesh-eating bacteria infections currently dominating the headlines are often the result of swimmers entering the water with open cuts or wounds, and are being linked to  Vibrio vulnificus, but there are other ways to contract the rare infection. 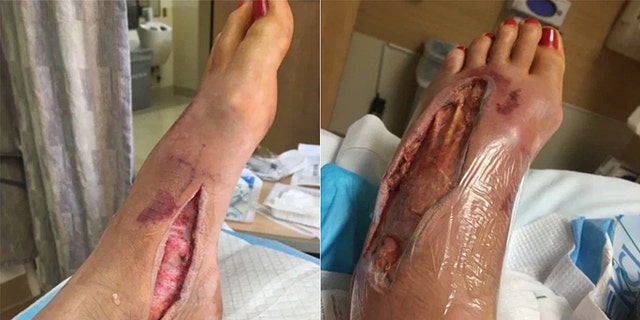 Guastucci said she spent nearly two weeks in the hospital as doctors worked to stop the infection from spreading further.
(Courtesy of Noelle Guastucci)

It is not clear if Guastucci’s case was linked to group A strep, but she said she is thankful to have sought help when she did and for the support she has received from family members. She said she wants others to know about the seriousness of the infection.