Bowel cancer is a form of cancer that begins in the large bowl (colon) and the back passage (rectum). People with bowel cancer often experience unexplained weight loss and blood in their poo. Survival depends on how big the bowel cancer has become and whether it has spread. It is therefore imperative that steps are taken to mitigate risk of of developing it.

Being active can help prevent bowel cancer by reducing the levels of inflammation.

Bowel cancer is a form of cancer that begins in the large bowl (colon) and the back passage (rectum).

Survival depends on how big the bowel cancer has become and whether it has spread.

It is therefore imperative that steps are taken to mitigate risk of of developing it.

One way to lower the risk is exercise. According to Cancer Research UK, one of the core functions of the bowel is to help process the food people eat. It also processes waste which passes out of the body as poo.

“Being active helps move food through our bodies. This reduces the amount of time any harmful chemicals in food waste are in contact with our bowel, helping to prevent cancer,” the charity said.

It added: “Being active also helps control levels of inflammation in the bowel. Inflammation is a normal way our bodies respond to damage.

“But if there is too much, it can cause our cells to multiple more often increasing the risk of cancer. So being active can help prevent bowel cancer by reducing the levels of inflammation.”

Bowel Cancer UK advises aiming for at least 30 minutes of physical activity such as brisk walking, five times a week. As fitness improves, aim for 60 minutes. For people that are not regularly active, it recommends easing with ten minute bursts. 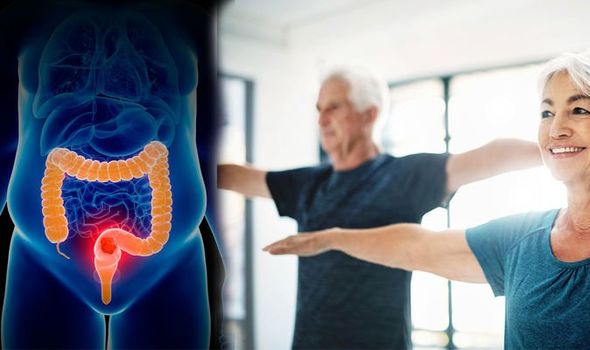 For people looking for alternatives to the gym, it recommends the following ways to up physical activity:

Additionally, building fitness into active hobbies is a great way to reduce sedentary activities such as sitting in front of the TV. Popular hobbies include:

It added: “If you have an office job, try not to sit for longer than one hour at a time, stand up while talking on the phone and take a walk at lunchtime if you can.

“Wearing a pedometer or using a phone app to count the number of steps you take could really motivate you to walk further.”

Missing a couple of days can sometimes make people feel like giving up but the charity advises just starting again the next day.

The study, published in the Journal of Physiology, involved colorectal cancer survivors completing either a single session of HIIT or 12 sessions over four weeks. Their blood samples were collected either immediately after the single session of exercise or at rest after four weeks of training, and were then analysed to study the growth of colon cancer cells.

The findings were significant. Lead Author James Devin, from the School of Human Movement and Nutrition Sciences at The University of Queensland in Brisbane, said: “After an acute bout of HIIT there were specific increases in inflammation immediately after exercise, which are hypothesized to be involved in reducing the number of cancer cells.

“This suggests that a physically active lifestyle may be important in tackling human colorectal tumors.” 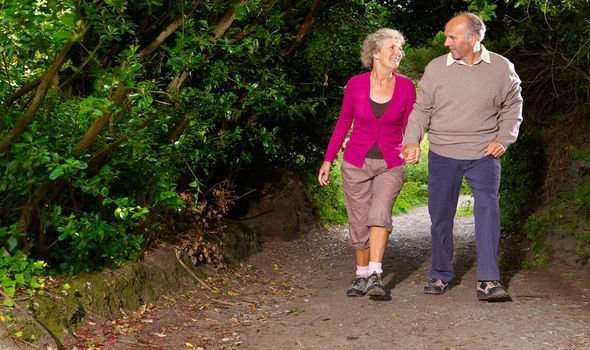 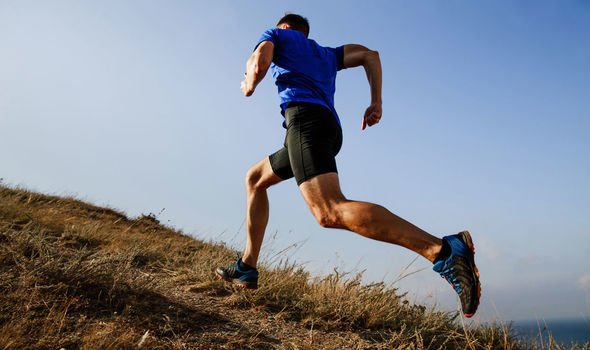 According to non-profit initiative Let’s Beat Bowel Cancer, other ways to greatly reduce the risk of bowel cancer include:

If it’s detected early enough, treatment can cure bowel cancer and stop it coming back, said the NHS. A cure is highly unlikely in more advanced cases that can’t be removed completely by surgery, but symptoms can be controlled and the spread of the cancer can be slowed using a combination of treatments.

“When deciding what treatment is best for you, your care team will consider the type and size of the cancer, your general health, whether the cancer has spread to other parts of your body, and how aggressive the cancer is,” said the health body.