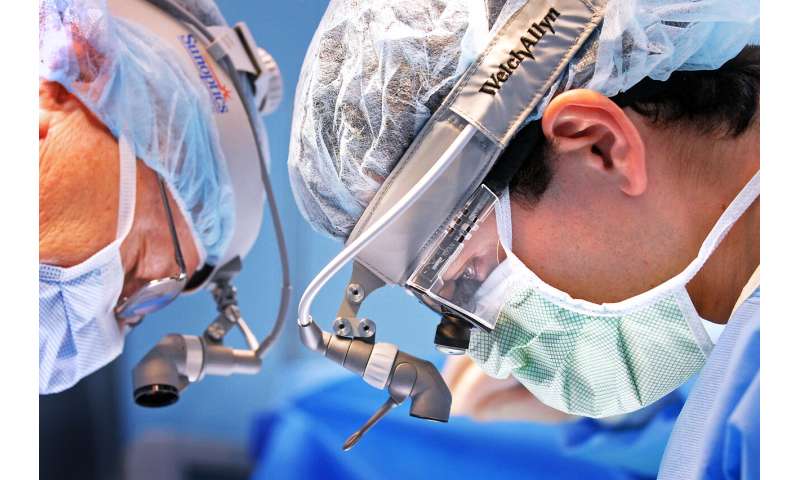 Obesity contributes to a number of health problems, such as diabetes and heart disease. When other treatments prove ineffective at weight loss, patients with severe obesity may be offered bariatric surgery.

Bariatric surgery achieves weight loss by restricting how much food the stomach can hold, by limiting how much food can be absorbed, or both. It includes several different procedures, such as gastric bypass, sleeve gastrectomy, and gastric banding.

Surgery can lead to significant and sustained weight loss, better survival, and better health. However, the surgery itself and management of post-surgical complications can be costly.

The results showed that patients who had bariatric surgery did not have lower VA health care costs in the 10 years after surgery. This finding was consistent with prior studies on non-veterans and prior research by the same team on veterans that compared costs three years after surgery.

Although it was not the focus of this study, the researchers proposed several reasons that may explain why the surgery group did not have lower costs years after their procedures. Despite better overall health, patients may still need to be treated for short-term complications of bariatric surgery. Surgery patients likely had higher inpatient costs in the months following bariatric surgery to treat surgical complications such as nausea, vomiting, and dehydration. They may also experience anemia and vitamin deficiencies that require management by VA providers.

Further, patients may have had higher costs from having additional procedures, such as for the removal of excess skin. Patients who lost weight also may have become newly eligible for hip or knee replacement surgeries for osteoarthritis. Finally, many conditions linked to obesity, such as diabetes, do not always go away once a patient loses weight and may require routine monitoring and follow-up.

Overall, the results suggest that the primary benefit from bariatric surgery is in health and quality-of-life improvements, not cost-savings. Maciejewski and coauthor Dr. David Arterburn noted in an email that “few health care treatments are required to be cost-saving or even cost-effective to be widely available, so requiring cost-savings of bariatric surgery imposes an unfair standard.” They acknowledge that increasing access to bariatric surgery would obviously entail greater health-system costs.