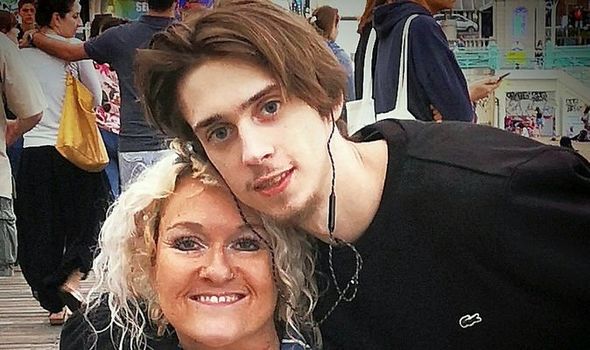 But the troubled teenager, whose mother became famous when she posed for a Trafalgar Square sculpture while eight months pregnant with him, died last month, aged 19. Now Alison, born without arms and with shortened legs, is setting up The Parys Lapper Foundation in his memory. In a creative tribute to her late son, she is to make a diamond for her wedding band, using Parys’s ashes and a lock of his hair, and wear the ring on her toe.

Parys, a drug addict who suffered severe mental health problems, was found dead in a hotel in Worthing, West Sussex. The cause is still being investigated.

Alison, who was appointed MBE for her services to art in 2003, said her only child was let down by the system. He had been bullied at school by children who called her a “weirdo” because of her disability.

The artist, 54, who received her son’s ashes in an 11in papier mache gold acorn last week, will now send some of his remains to specialists who will crystallise them into a diamond.

She said Parys, who featured on the BBC series Child Of Our Time, got on well with her fiance Si Clift, 50, a railway data analyst, whom she had been with for a year.

Alison, of Shoreham, West Sussex, said: “Si and I had been planning to get married next year. I thought about whether I still want to go through with it and decided Parys would want me to.

“I wanted Parys to give me away.

“The ring is the only way I can keep him close to me, so he can be with us on the day.” 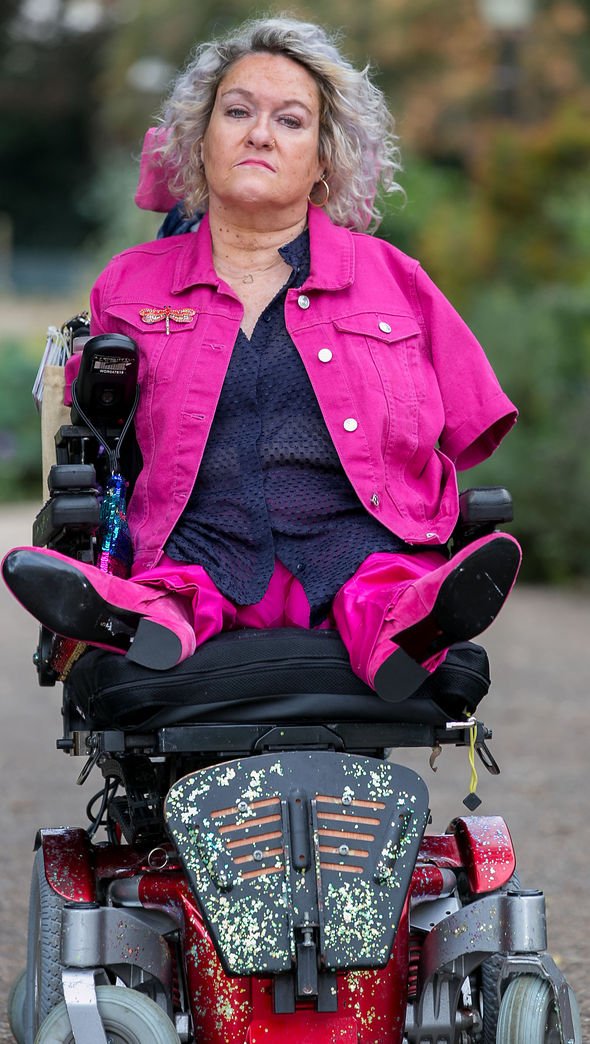 She added: “I haven’t spoken to him for three weeks now. It just gets harder.”

Looking back over Parys’s life, Alison said he was unable to fit in to the school system and found it hard to be parted from her.

His problems spiralled when he moved to secondary school and he was bullied over Alison’s disability, while coping with being dyslexic and having a hyperactivity disorder.

Alison said: “I could see he was struggling and hired a tutor when he was 10 as he was falling behind. He was also being bullied. Pupils would say, ‘Your mum’s a weirdo’.

“I told Parys that bullies usually have problems themselves but he was such a sensitive bunny.

“He stopped wanting me to go to parents’ evening. He felt he had to protect me – on one occasion someone said something nasty about me and he hit them. I would say, ‘Son, I’m here to protect you, not the other way round’.”

Alison, a single mother who was institutionalised from infancy to adulthood, said her son’s difficulties at school were compounded by the turnover of assistants that helped her at home. Many grew very close to the family but one falsely accused Alison of sexually abusing Parys after seeing their close physical connection – a claim thrown out by an official investigation. 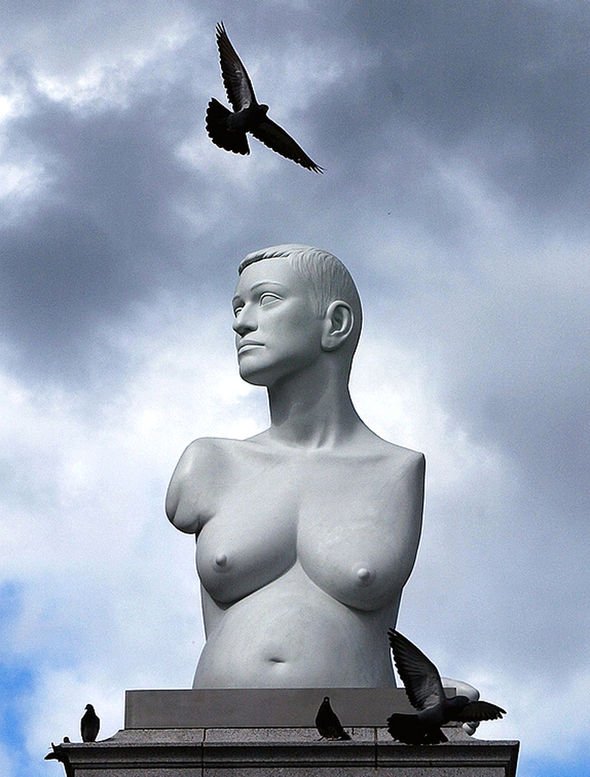 “I haven’t got arms and if you want body contact it’s body contact. That doesn’t make it sexual.

“Asking Parys about me touching him inappropriately was humiliating for both of us. It made him feel really bad but he never got offered any counselling for that.”

Parys’s behaviour became more erratic as he grew older. “By the time he was 13 he had started smoking drugs. I didn’t know the early signs but his happy-go-lucky demeanour gradually disappeared and he became withdrawn. Eventually he dropped out of school and stopped looking after himself.”

When Parys was 17 Alison had to call on the emergency services for help. “He was smashing things up and talking to himself. It was just such a fight all the time.”

He was moved to a psychiatric unit where, Alison says, he was “drugged up to the eyeballs”.

“I visited twice a week and sometimes he didn’t even recognise who I was. You are told they are doing this for his own good.”

After two months he was moved to an anorexic unit where the “therapists wouldn’t help him” because he didn’t have an eating disorder. “He was bored out of his mind,” she said. 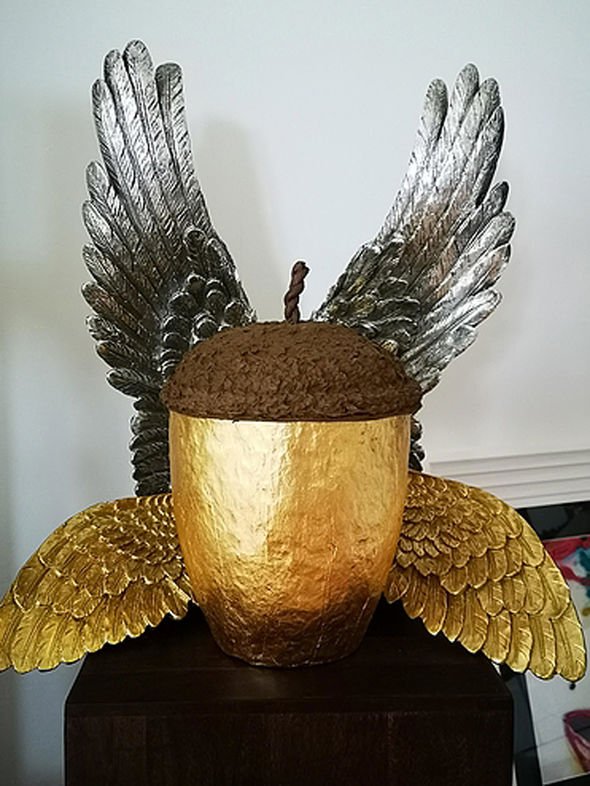 After his 18th birthday he was classed as an adult and was dropped by the child and adolescent mental health services. From this point, Alison was no longer automatically entitled to be involved in his medical care and Parys went on a new adult waiting list for help.

From then he was moved between halfway houses until his death in August. “I lost count of the times he got moved on,” Alison recalled. She added: “This regime is still going on. The system has to change. I don’t blame individuals – many lovely people tried to help Parys.

“But there should be a unit in every town for every child and young adult where every issue can be dealt with – from drug problems, body image, to anxiety. Parys had so many problems which interlinked but the services were not all in one place nor joined up. One group wouldn’t deal with him until he had been to another service.

“It was a constant battle to get him to the individual services in the first place and there was such a turnover of therapists that he would have to tell his story over and over again.

“I will campaign for mental health services for children and young adults up to 25 to be under one umbrella, where young and vulnerable patients can be treated where they feel safe, wanted and respected.

“Since Parys’s death I have had hundreds of emails from desperate parents, some of whom have lost their children to drugs or suicide and others who are in crisis. This campaign is not for me. I want to stop this happening to anyone else.”